25.9 million hopes rest on Nasajpour at the Worlds 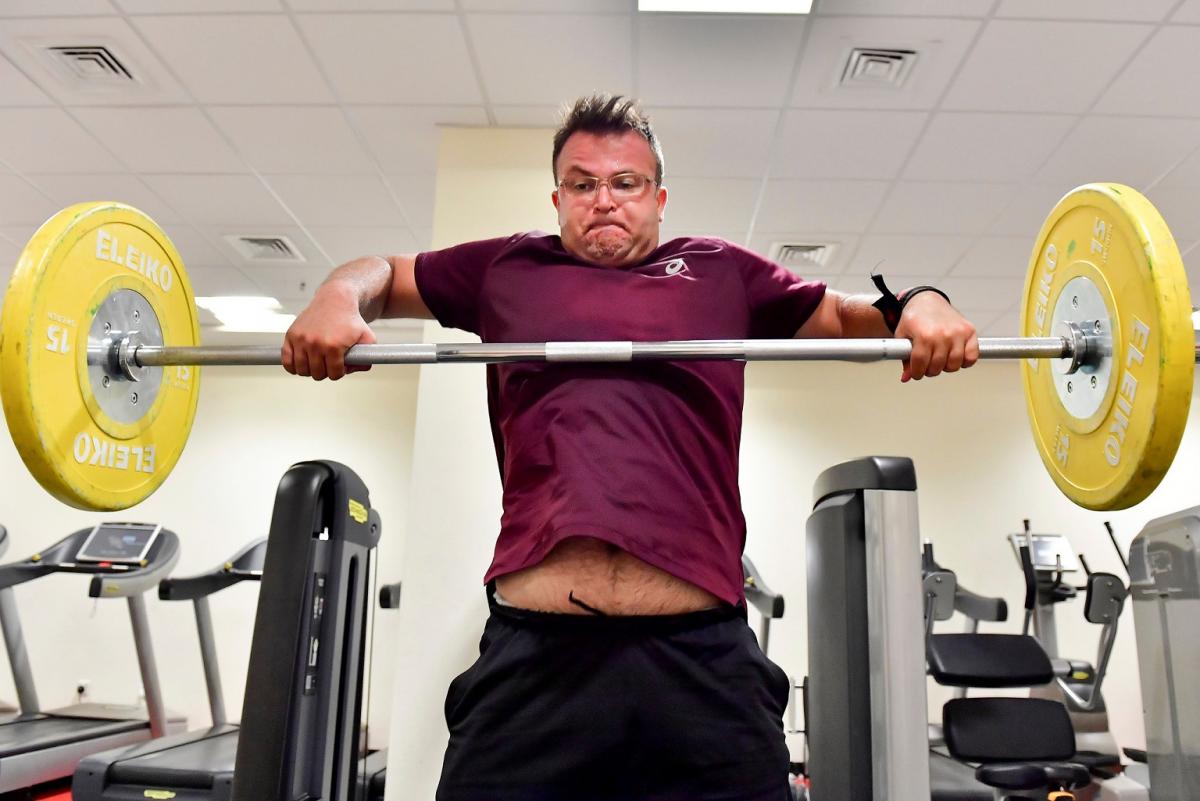 SHOULDERING HOPES: Shahrad Nasajpour, who represents the Refugee Para Athletes team, seen during a training session ahead of the Dubai 2019 World Para Athletics Championships. He will be taking part in the men’s shot put F37 final on Saturday.
ⒸLuc Percival | For World Para Athletics
By Rafael Maranhao | IPC

Dubai: Shahrad Nasajpour is the only athlete in his team at the Dubai 2019 World Para Athletics Championships, and he is very proud of this accomplishment.

“You are representing millions of people who have different challenges or difficulties in life. The ones who are forced to leave their home and go to different places. And here I’m somehow actually representing those people,” says the discus thrower, who competes under the Refugee Para Team banner.

As per UNHCR report, there are atleast 25.9 million refugees in the world and representing them has their own challenges.

“It is a challenge for me because you are representing a team that is not NPC [National Paralympic Committee]. You have to arrange everything by yourself,” says Nasajpour adding, “[But] I’m really excited to be here, competing again.”

Nasajpour was born in Iran with cerebral palsy and took on Para athletics after moving to the USA.

He is no stranger to major events. He was the flag bearer of the Independent Paralympic Athletes Team at the Rio 2016 Paralympic Games Opening Ceremony and finished 11th place in the men’s discus throw F37. One year later, he was in London for his first World Para Athletics Championships and improved two positions.

And come Saturday, he will be looking to better his performance in the men’s shot put F37 final.

“Since 2017 I was trying to train more and better, but unfortunately I did not have that right training plan. The good thing is that when I came back to US, I found a really good coach who helped me a lot,” revealed Nasajpour, who is currently honing his skills under John Gus Karahalios.

Though in the best of shape this time round, Nasajpour is not making any tall promises and just wants to give his best.