The lowdown on reigning Paralympic 100m T11 champion as he prepares to defend world title at London 2017. 09 Jul 2017
Imagen 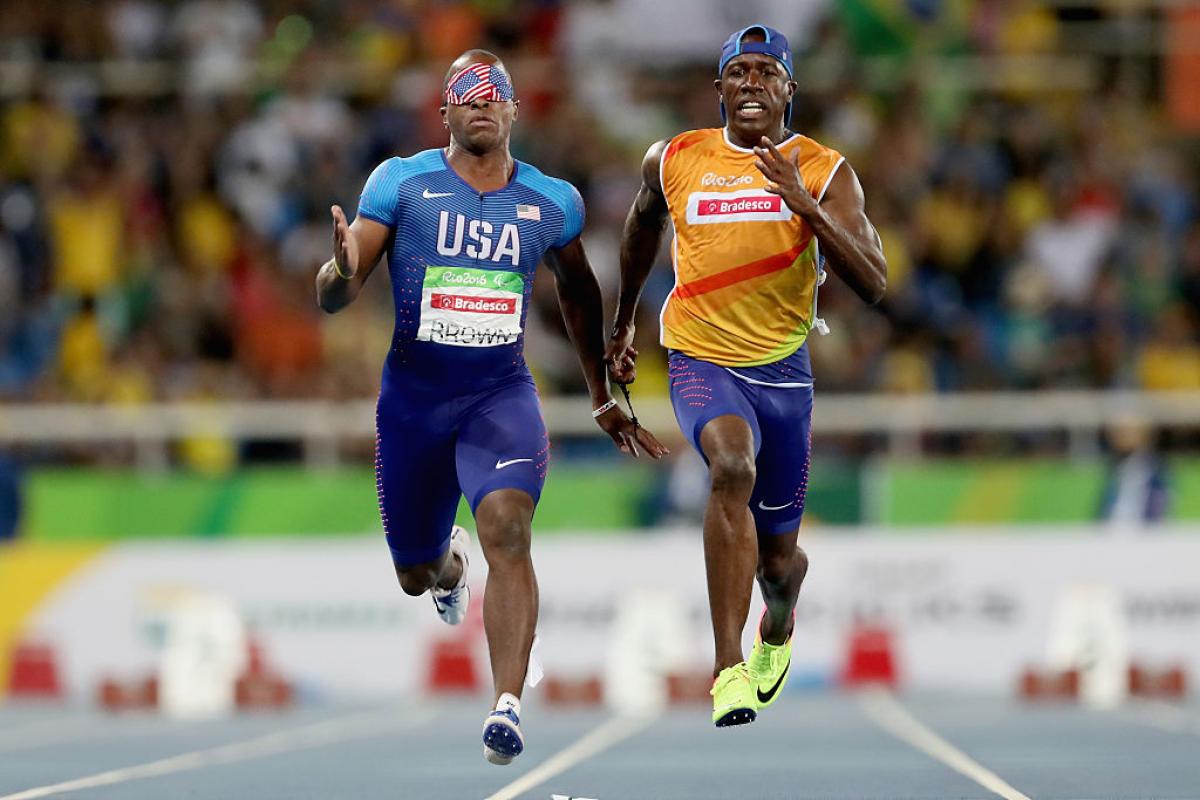 David Brown, with guide Jerome Avery, competes in semifinal 2 of the men's 100 meter T11 at Olympic Stadium during day 3 of the Rio 2016 Paralympic Games on September 10, 2016 in Rio de Janeiro, Brazil.

US sprinter David Brown heads to London, Great Britain, as the reigning world and Paralympic 100m T11 champion and world record holder – can he bag another title this time around? Here’s what you need to know:

1) Brown was diagnosed with Kawasaki disease at 15 months old, which resulted in glaucoma and led to the loss of his sight.

2) He made his senior international debut in 2011, when he represented his country at the Parapan Am Games in Guadalajara, Mexico.

4) He plays drums, piano and saxophone and composes his own music.