Aggar back on top, Lysenko upset 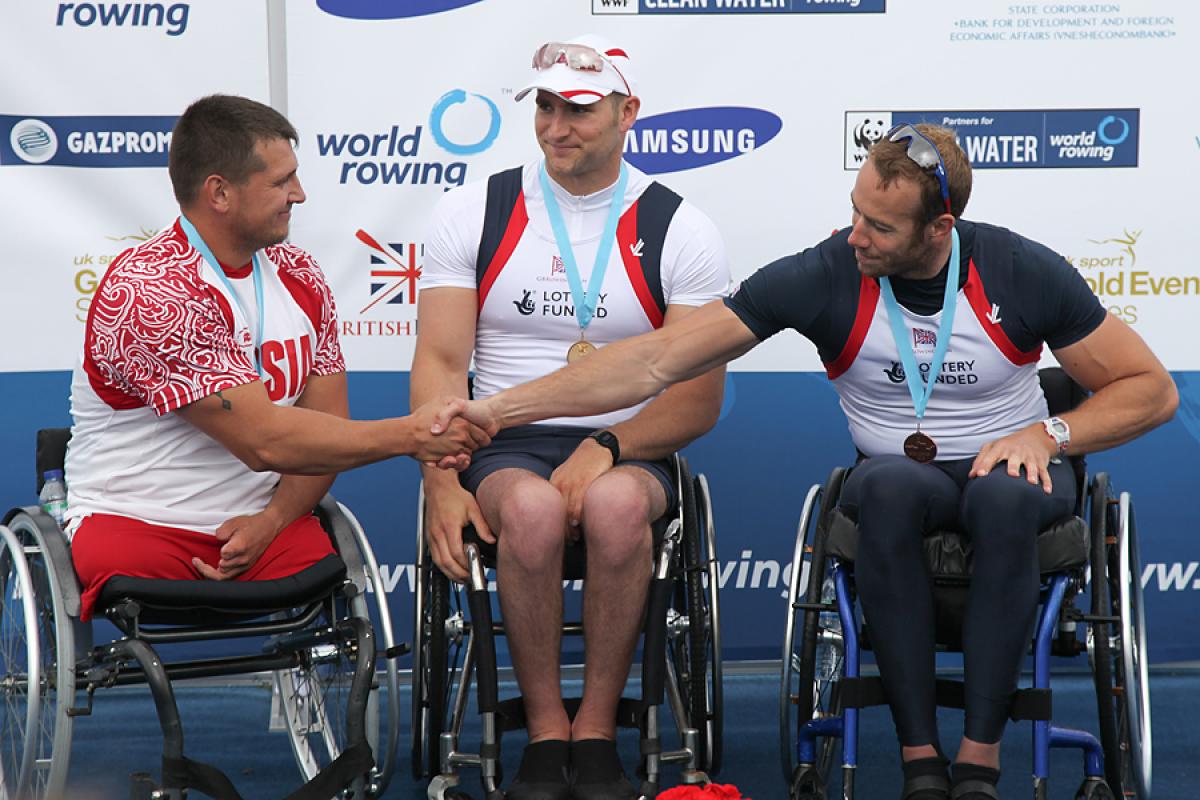 “I hoped I would beat Alla Lysenko. I am very pleased because obviously she is double Paralympic champion so I am very happy.”

With heavy wind gusts for the final rows, Great Britain’s Tom Aggar was able to get back to the top of the podium and Ukraine’s Paralympic champion Alla Lysenko was upset at the World Rowing Cup on Saturday (22 June) in Eton Dorney – the same venue that hosted the London 2012 Parlaympic Games.

Weather predictions caused a change to the schedule, meaning the para-rowing events featured first in the morning.

In the first final at this regatta, the AS women’s single sculls opened with a dramatic finish when Parlaympic champion Lysenko of Ukraine lost her gold medal spot and also nearly got overtaken by the new Norwegian sculler, Birgit Skarstein when Lysenko stopped just before the line.

Russia’s Natalia Bolshakova got out into the lead and although Lysenko worked hard, Bolshakova remained in front.

At the Gavirate Para-rowing regatta in Italy last month Bolshakova beat Lysenko on two days of finals and the word was that Lysenko had some more work to do on her fitness. Lysenko could not match Bolshakova this time, with the Russian winning her first World Cup medal.

“It was very windy which made it very difficult,” Bolshakova said. “I hoped I would beat Alla Lysenko. I am very pleased because obviously she is double Paralympic champion so I am very happy.”

For one man in this race there must have been a feeling of redemption. Aggar had been on an unbroken winning streak leading up to the London 2012 Paralympic Games, but in the final Aggar ended up out of the medals, and in fourth place.

Now, on the same Paralympic Games regatta waters, Aggar did what the local crowd wanted him to do – win.

At the start of the race Russia’s Aleksey Chuvashev had the lead. Chuvashev was the Paralympic bronze medallist but at the Gavirate para-rowing regatta last month, Chuvashev finished second to Aggar.

Coming into the halfway point at 500m, Aggar did a piece that inched him past Chuvashev as these two scullers moved away from the rest of the field.

Now in the lead Aggar, looked like he had really found his pace and he continued to move away, albeit slowly, from Chuvashev. Aggar crossed the line easily ahead of Chuvashev. Great Britain’s second boat of Andrew Houghton finished a distance back in third.

“I didn’t think I could win so I am happy to come second,” Chuvashev said. “I’m not sure how I’ll prepare for the World Championships but I’m looking forward to the big test. If you look at the race today I was at 90 per cent of my capability. This is just the start of my training.”

France’s Perle Bouge and Stephane Tardieu, the London 2012 Parlaympic silver medallists, dominated this race as they move into their fifth year together.

“It’s a good continuation from the Paralympics,” Tardieu said. “We have continued to train and it is good progression to be winner here. This is really special for us as we have only every finished in a major event. This is our first gold medal.”

Behind the French, Paralympic bronze medallists Oksana Masters and Robert Jones of the USA found themselves in a very close battle with Israel’s Olga Sokolov and Reuven Magnagey, as well as newcomers, Marinus de Koning and Ester van der Loos of the Netherlands. 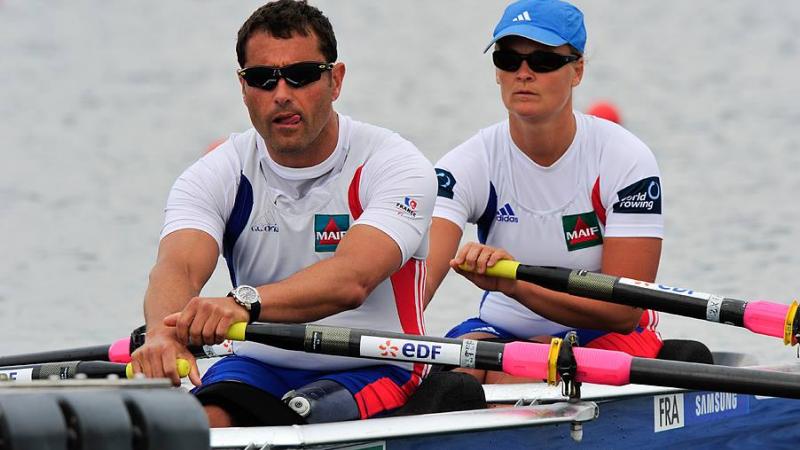 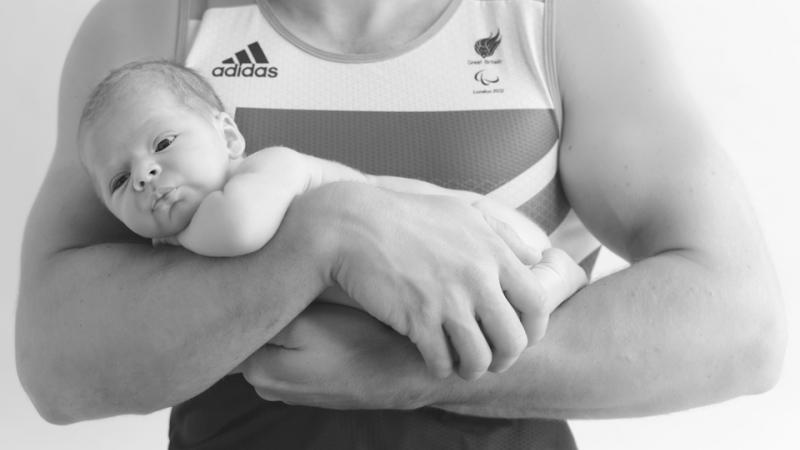