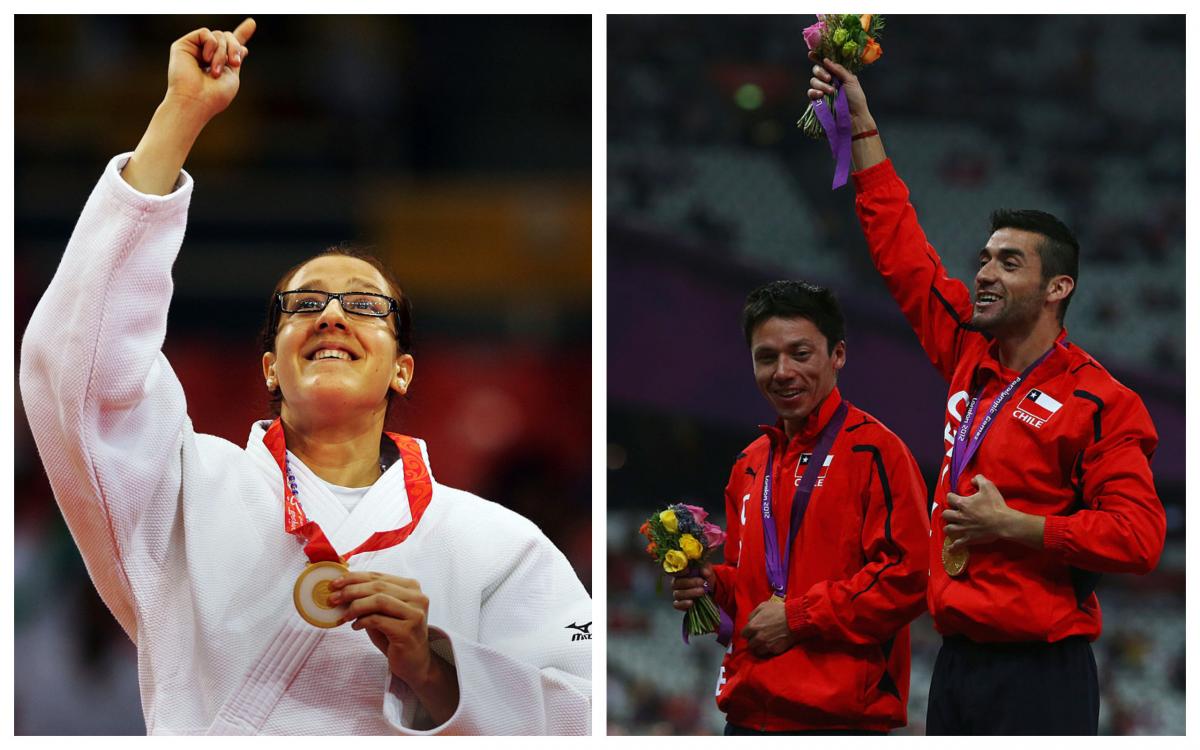 “The moment I won, I really did not know I had become Venezuela’s first Paralympic champion in history. When I was told, I could not believe it."

Winning gold at a Paralympic Games is always a huge achievement, but to be the first person in your country to do it is history in the making.

And that is why, as we approach the Americas Paralympic Committee’s (APC) 20th anniversary on 1 August, the achievements of two such athletes make it to No.12 on the list of the APC’s Top 20 Moments.

Venezuelan judoka Naomi Soazo and Chilean middle-distance runner Cristian Valenzuela are a joint entry after becoming the first Paralympians to win gold for their countries.

Soazo reached the top of the podium at Beijing 2008, where she won the women’s -63kg following a victory over Spain’s Marta Arce in the final. Previously, she had defeated China’s Zhou Qian in the quarter-finals and Sweden’s Elvira Kivi in the semis.

“To win that gold medal was a dream come true for me because all my dedication and hard effort had paid off,” said Soazo. “To listen to Venezuela’s national anthem while standing on the podium was incredible.

“It was not easy to win that medal but was worth every second of training.”

Venezuela had claimed bronze at both Barcelona 1992 and Sydney 2000, followed by a silver and two bronze at Athens 2004, but never gold until Beijing.

“The moment I won, I really did not know I had become Venezuela’s first Paralympic champion in history. When I was told, I could not believe it,” said Soazo, who later on also sealed bronze at Rio 2016.

“This achievement also helped boost the Paralympic Movement in Venezuela and many people started following what Para athletes do.”

“That title was a blessing, a dream come true,” said Valenzuela. “Since losing my sight, Para sports helped me move forward. That gold means a lot to me in this process.

“I was running faster and faster, could not hear the Canadian behind me any longer and the people in the tribunes were shouting. I gave it everything. When I crossed the finish line, I just threw myself to the floor because I was exhausted.”

This remains the only time the South American country has ever won a medal at a Paralympic Games.

“But that medal is a proof that if we could do it at London 2012, we can do it again. And I am not speaking only about Chile but [the] whole [of] Latin America,” said Valenzuela.

“Of course it is not easy but definitely possible. There are many young talented Chilean athletes who are performing really well and I hope that in the future there are many more Paralympic gold medallists coming from my country.”