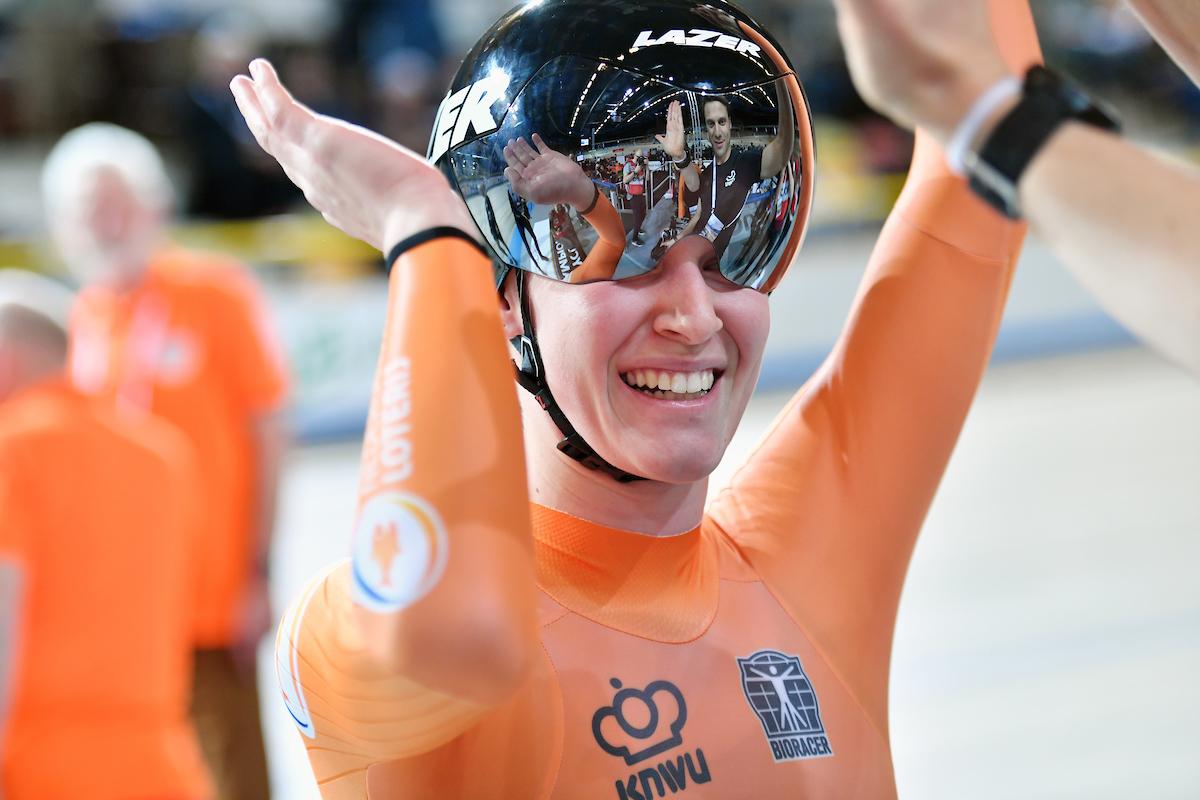 What made the victory even more special was that Her Royal Highness Princess Margriet of the Netherlands was watching and cheering for Groot from the tribunes.

"Becoming a world champion for the second time is of course very beautiful. Now, with my family and the attention of the Princess and all the press present, it is actually much more beautiful than in Rio (2018 Worlds),” Groot said.

“Great start to the track worlds for me! And (as an added bonus??!!!) I get 4.5 hours between the race and the podium presentation so I’m off to have a shower, wash my hair, dry my hair, have dinner and mess about with the kiddiwinks,” tweeted Storey (@DameSarahStorey) after the race.

Marie Patouillet of France was third.

The second world record of the day was set by Paralympic swimming champion Ricardo Ten Argiles in the men’s individual pursuit C1. The Spaniard, who recently switched to cycling and has rapidly became the best in his category, clocked 3:50.05.

“Incredible, I can’t believe it! Another world title, for the second consecutive year. Wearing again the rainbow jersey is fantastic, I’m even happier than last year!” he said.

Paralympic champions on the podium

More information is available on UCI’s website. Full results are tweeted on @UCI_paracycling.

Cycling
Apeldoorn 2019: Titans of the track