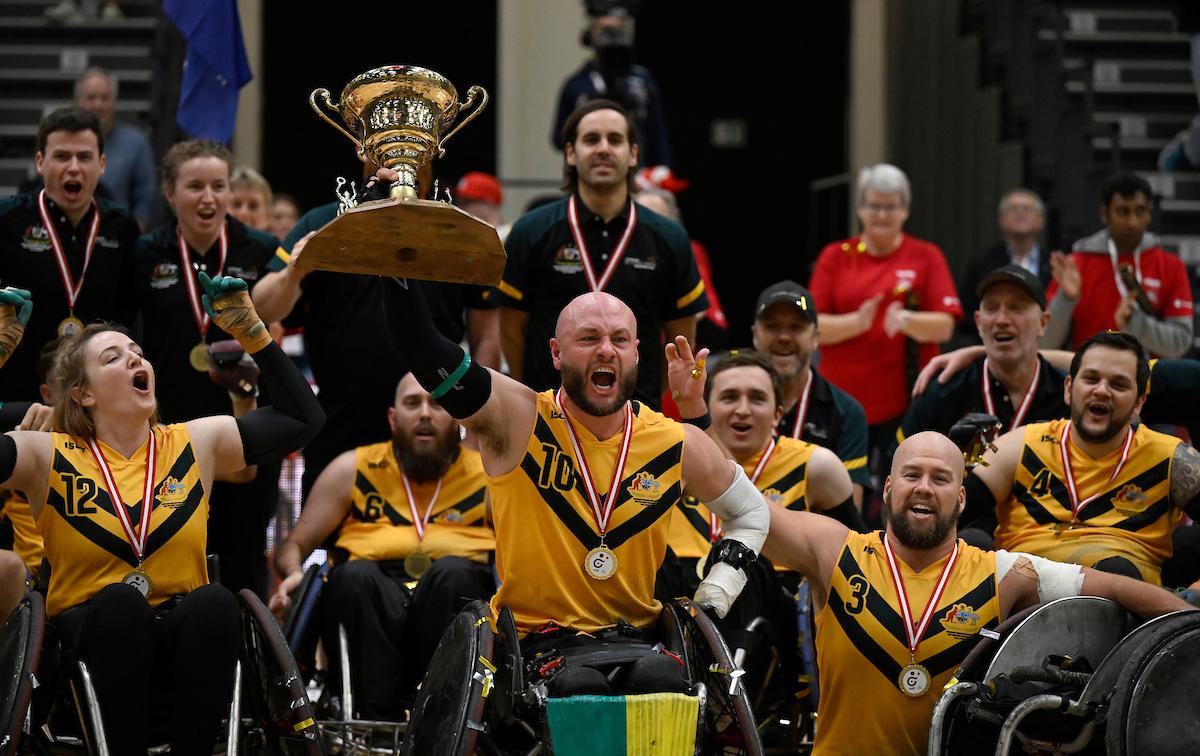 Australia won their second World Championship title, and first since 2014.
ⒸLars Møller for Parasport Danmark
By Ayano Shimizu | For the IPC

In total, 12 teams competed in the week-long tournament, which featured 46 matches played in front of a total of 10,000 spectators.

Ryley Batt led the way for Australia at DGI Huset Vejle with 41 tries in the final match. He came up with a big interception late in the third quarter to give his team a two-point lead that they held onto until the final buzzer.

The strong connection between Batt and Australia captain Chris Bond was on full display in the gold medal match. They relished the pressure and connected on numerous long passes.

Australia, coached by Brad Dubberly, had struggled before the tournament. The team’s training was largely hit by the COVID-19 pandemic and they missed out on a medal at last year’s Tokyo 2020 Paralympic Games.

With this victory, the Australians claimed their first World Championship gold medal since 2014.

“I think a lot of people wrote the Australians off coming into this World Championships. We probably wrote ourselves off a little bit,” said Batt, who was named tournament MVP and top scorer with 231 tries.

“I’m happy to be able to play with America in the final," he added. "They really played amazing. I’m just very, very happy that we sat on top of that podium."

Australia advanced to the gold medal match by beating hosts Denmark in the semifinal, while the United States booked a spot by downing world No. 1 Japan.

USA were competing in their first World Championship under coach Joe Delagrave, who retired from playing last year after helping the team win silver at Tokyo 2020.

“We weren’t good enough to win, to be honest,” Delagrave said. “We fought hard, which was great, but  (Australia) deserved to win. They played better than us.”

Aussie Steelers: 'champions of the world'

Now that has a nice ring to it 🙌 #2022WRWC #Vejle2022 #WheelchairRugby@ww_rugby | @Paralympics pic.twitter.com/fuR2r8sVuN

Defending champions Japan recovered from their semifinal loss to the United States with a 61-57 win over hosts Denmark. Bringing speed to the game, the world No.1 team took a four-try lead at halftime and never gave up the advantage.

A day after losing to the United States 57-52, Japan captain Yukinobu Ike said the tournament made him realise how much the level of the sport has grown in the world.

“We are at a stage where we need to grow together as Team Japan rather than think about defeating other teams,” he said. “This tournament allowed me to think about the meaning of putting everything in my life for this sport and continue doing this with love.”

Playing in front of packed stands, the home team also gave their fans many reasons to be proud. Sebastian Frederiksen scored 21 tries and Mark Peters crossed 20 times, though the Danish players struggled to get past Japan’s tight defense.

“We didn’t start today as well as we hoped to and we weren’t able to score in every attacking opportunity, which was something we were good at throughout this tournament,” said Denmark captain Leon Joergensen.

“We have done great here (at the World Championship) and improved our game throughout. We have proven that we can participate at this level, so we have plenty to work on,” he added.

The 2022 #WheelchairRugby Worlds in Vejle 🇩🇰 has been a “big party”.

Home team advanced to the medal round for the first time at a World Championships and will face Japan in the 🥉 match today at 13:45 CET: https://t.co/cYUArjuVMD

Looking ahead to Paris 2024

In other matches in the knockout stage, Canada beat France 60-48 to finish the tournament in fifth place.

Following a top finish in Pool A, European champions France lost to Denmark in the quarterfinals before facing Canada. France’s veteran player Ryadh Sallem said he expects the crowds at the Paris 2024 Paralympic Games to love what his sport has to offer.

“Wheelchair rugby will be a major sport in Paris. The sport is touching the hearts of the public. There is a lot of engagement in the sport and it is really nice,” Sallem said.

“Our team is really tight. We are all friends and that’s what makes us stronger. We have a really good state of mind and are always supporting each other. With a little bit more funding, we can go even further.” 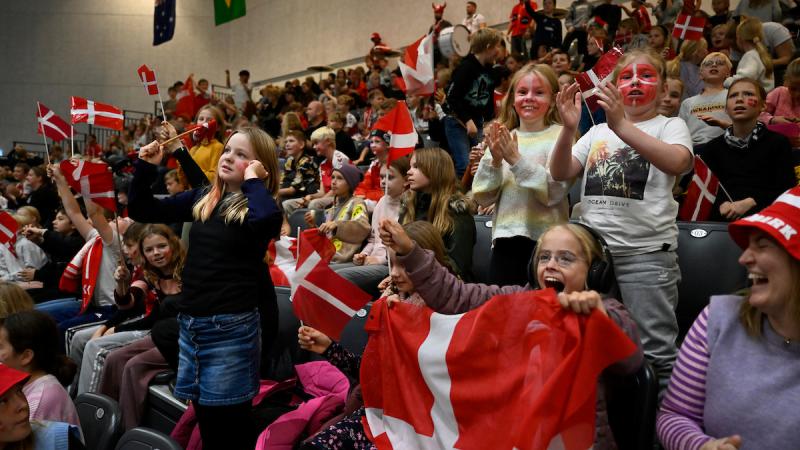 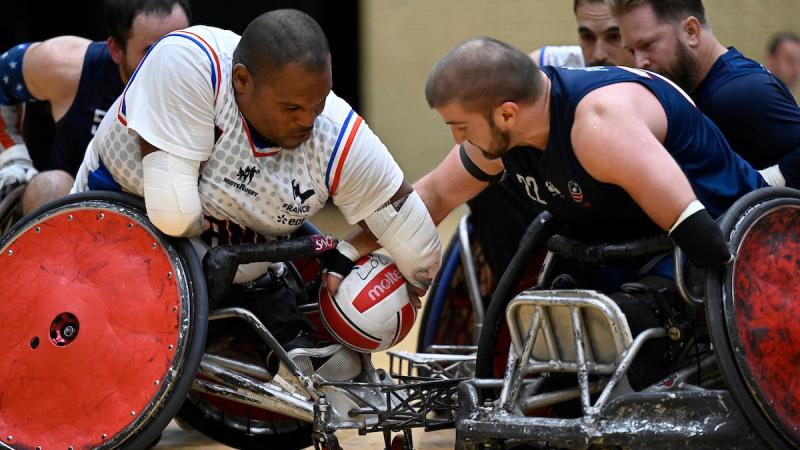 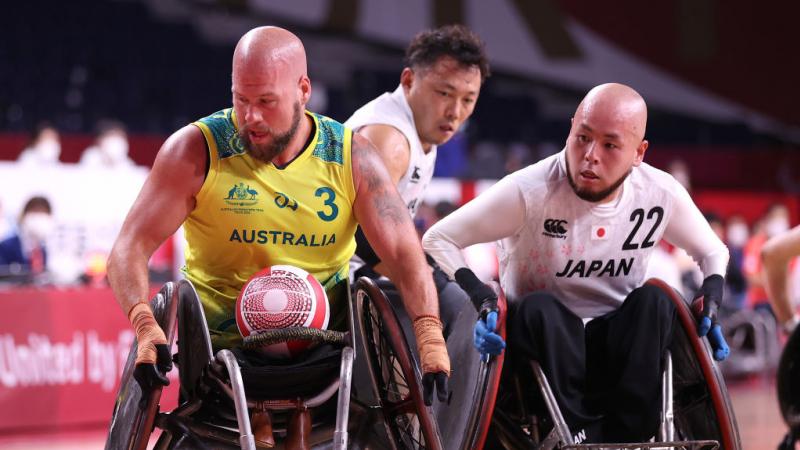 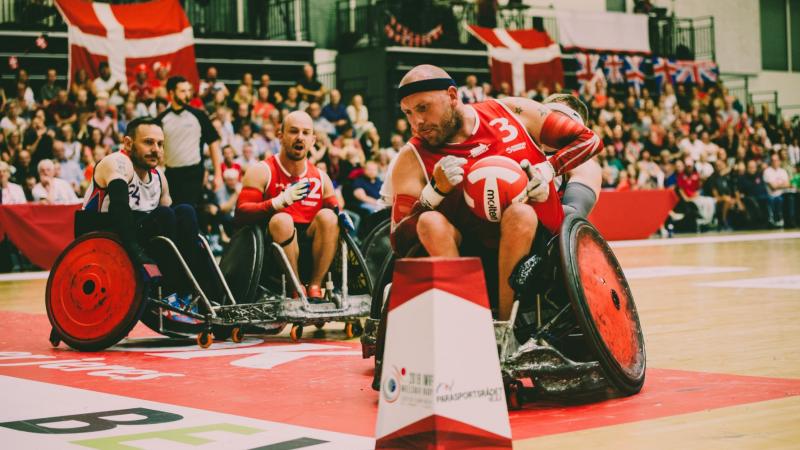