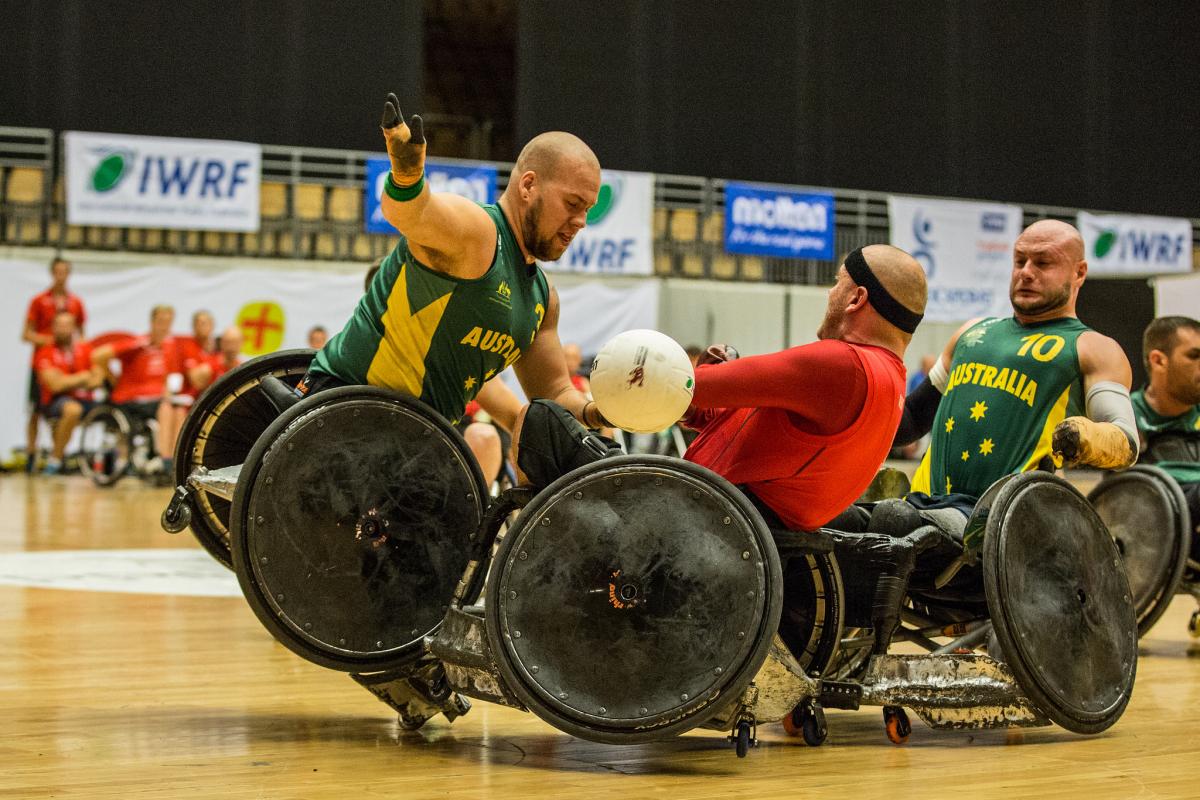 Ryley Batt puts in a big hit to help Australia beat Denmark at the 2014 IWRF World Championships in Odense, Denmark.

The Australian wheelchair rugby team has cemented its status as the world’s best, winning a five-game tournament against world number two Canada at the State Netball Hockey Centre in Melbourne this week.

With the series locked at two-all before Wednesday’s decider, Australia was outstanding in the fifth and final game of the series, winning 64-58.

“I’m really proud of how the boys played today. Canada are number two in the world, and this week we saw both teams play a tough series,” said Australian Head Coach Brad Dubberley.

“To go into the last game on an even playing field was great, we don’t have get enough opportunities to play in semi-final or final scenarios, and seeing how we played together this week, the boys have come a long way.”

And while Dubberley has expressed his elation with the result following the tense five-game tournament, he says the team won’t take the series win for granted and will train hard for their campaign leading into the Rio 2016 Paralympic Games.

“We’ve got a training camp in September before heading to London in October, and then when we’ve got our Zonal Qualifiers for Rio 2016 in Japan 10 days later,” he said.

“Australia has a great team, a great system going but we will now be working on improving so we can get that gold once again.”

After a fierce first quarter which saw the two teams scoring 16-all, Australia edged out the Canadians and went into the second half of the game leading by three points. The visiting team put up a tough fight but lost momentum in the third and fourth quarters, allowing Australia to lead the way by up to six points for the remainder of the game.

The game’s leading point scorer Ryley Batt scored a total of 43 goals for Australia, while Chris Bond (17 goals), Josh Hose (two goals) and Jayden Warn (two goals) displayed their prowess as they carried the ball across the line.

Of the 3-2 series win, Australian wheelchair rugby team captain Ryan Scott said: “It means a lot to beat Canada, they’re number two in the world which means they’re a really good test for us. To come out 3-2 is a great result, and we’re really looking forward to facing them again at the World Wheelchair Rugby Challenge and of course again at Rio.”

Canada will now prepare to compete on home soil at August’s Parapan American Games in Toronto.

The Australian Paralympic Committee hosted the Australia vs Canada series thanks to the support of the Victorian Government. 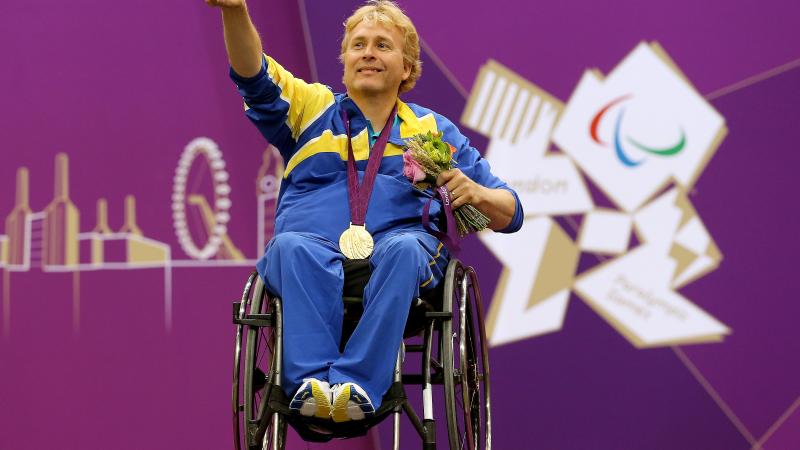 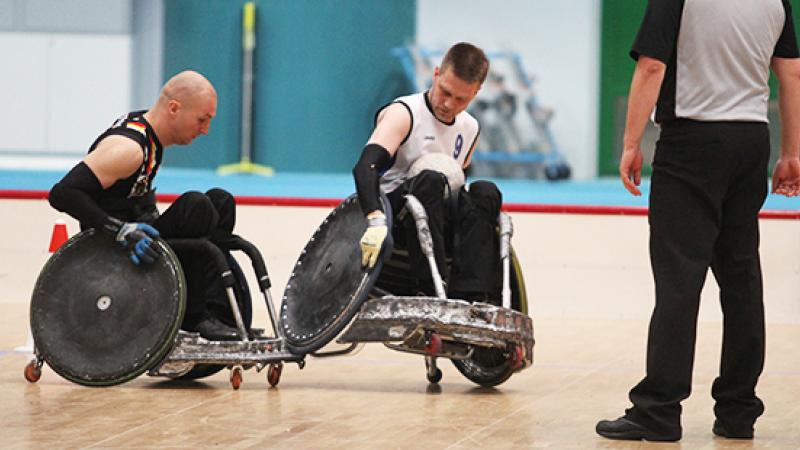 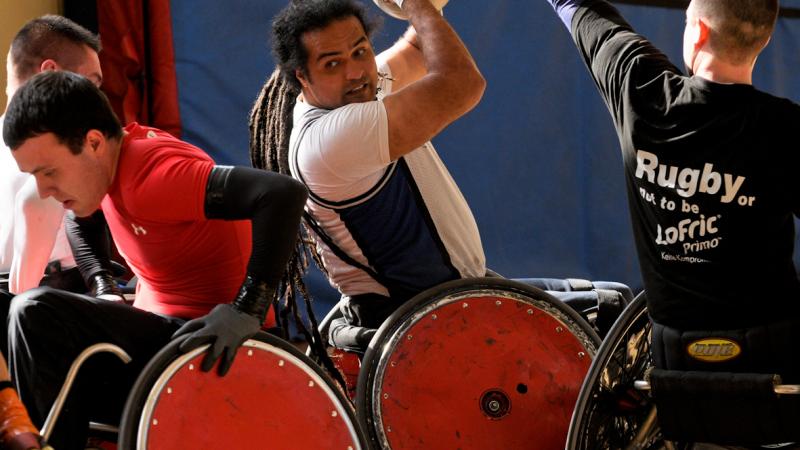