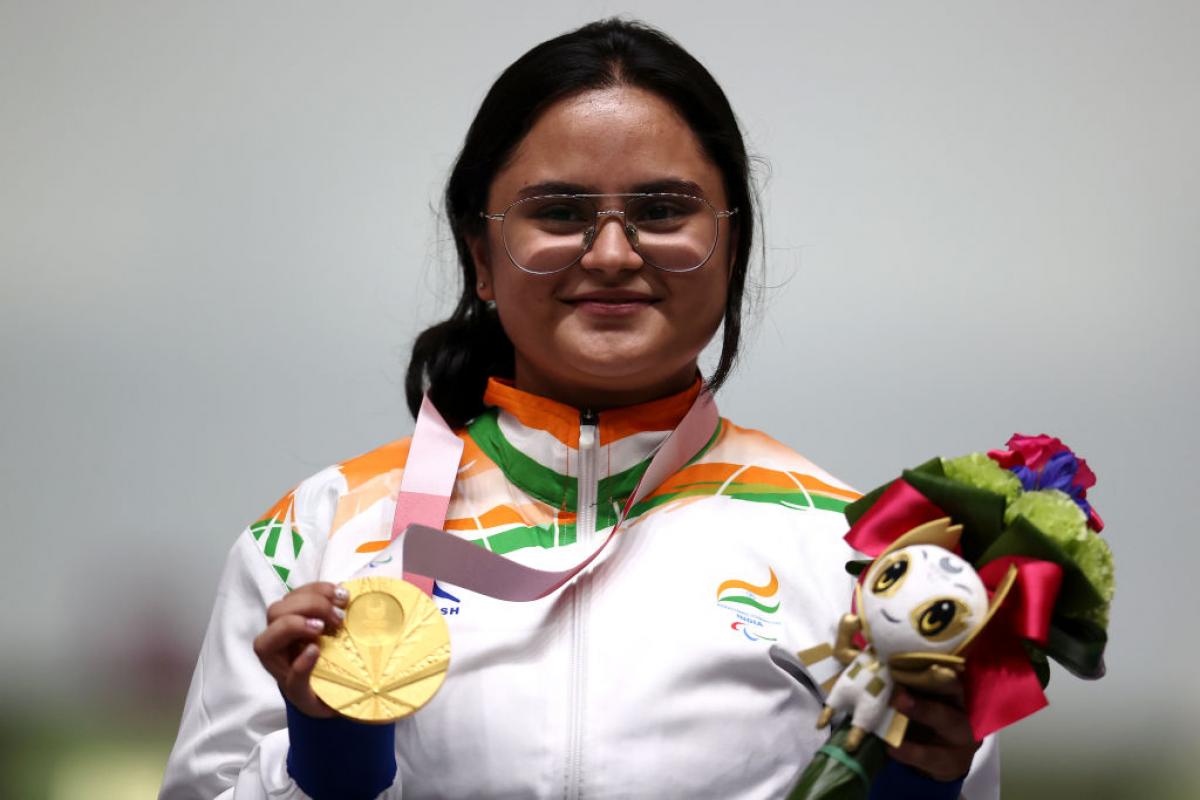 In 45 years of Paralympic shooting, India had not won a medal of any colour.

That all changed on Monday at the Tokyo 2020 Paralympic Games, as 19-year-old Avani Lekhara equalled the world record in the R2 - women’s 10m air rifle standing SH1 to take gold.

"I can't describe this feeling, I'm feeling like I'm on top of the world. It's unexplainable,” Lekhara, the first Indian woman to win a Paralympic gold in any sport, said afterwards.

Lekhara was the only shooter in the final to produce a perfect 10.9 score, but faltered towards the end with two 9.9s in the last two elimination rounds. However, she had built up enough of a buffer to hold on to first place.

Cuiping Zhang took the silver medal and emotional Iryna Shchetnik from Ukraine made her first Paralympic podium with bronze.

The last medallists of the day 🔥

Dong Chao made it three titles in a row in the R1 - men’s 10m air rifle standing SH1, building through the elimination rounds to take a decisive lead.

“After many years of hard work, to get a hat-trick of gold medals is beyond my expectations,” Dong said. “To win three in a row in shooting is not easily done, so this is very unexpected."

Ukraine’s Andrii Doroshenko had to settle for silver followed by Jinho Park with bronze.

“I feel happy, and relieved that all the training has seen some results, and proved that people with disabilities can do some good results and be in the world elite," Jonsson said.

Tirsek also claimed silver at the London 2012 and Rio 2016 Games. The Slovenian was emotional after the competition.

The action continues on Tuesday with two medal events at the Asaka Shooting Range.

For full shooting schedule and results click on Paralympic.org/results.