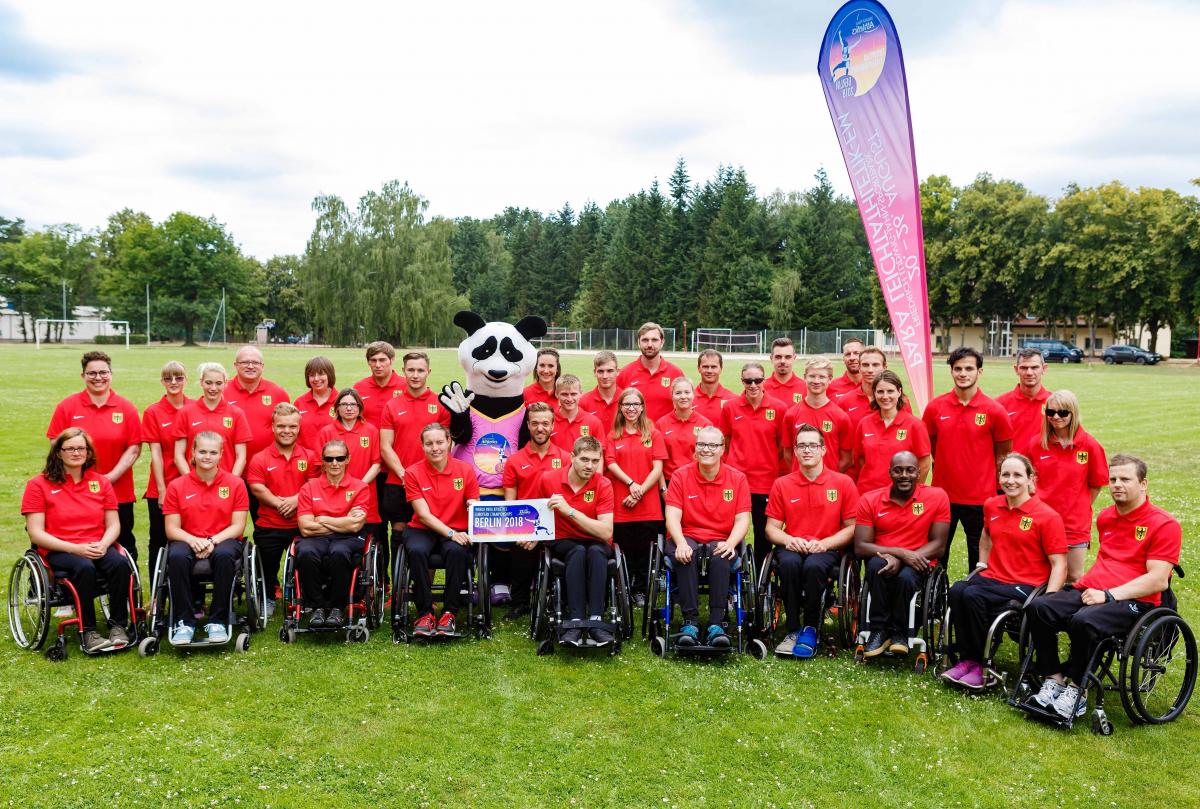 Numerous reigning Paralympic winners and world champions, promising young talents and newcomers as well as three local heroes, Germany want to cause a sensation in front of the home crowd at the World Para Athletics European Championships in Berlin.

A total of 41 athletes were selected by national team coach Willi Gernemann for the competition which takes place at Friedrich-Ludwig-Jahn-Sportpark from 20-26 August. The German delegation is almost twice as big as the team at the London 2017 World Para Athletics Championships.

The youngest participants are 17 years olds Phil Grolla, Charleen Kosche and Felix Krüsemann. For other 12 athletes, Berlin will represent the international debut in a major competition.

One of them is Ronny Ziesmer, who suffered a spinal cord injury while he was part of Germany gymnastics team preparing the 2004 Olympic Games in Athens, Greece. Now Ziesmer has set a new goal to be at the Tokyo 2020 Paralympic Games.

"It wasn’t easy to make the selection. It was our ambition to compete at the home European Championships with a large but also high quality team. With 40 nominated athletes and a guide, our team is almost twice as big as at the World Championships in London last year," said NPC Germany sports director Frank-Thomas Hartleb.

"We not only have numerous Paralympic and world champions with us, but also want to give the youngsters a chance to gain competitive experience on the international stage. With a view to the established forces we hope that they will strike again and build on their great successes from Rio and London," Hartleb added.

Around 650 athletes from 40 countries are expected to compete in 191 medal events at the Berlin 2018 Europeans.

More information on Berlin 2018 can be found online.