Biggest-ever powerlifting Euros to get underway

More than 230 athletes from 44 countries are in Eger, Hungary, to begin the third regional Championships of 2015 which also acts as Paralympic ranking competition. 23 Nov 2015
Imagen 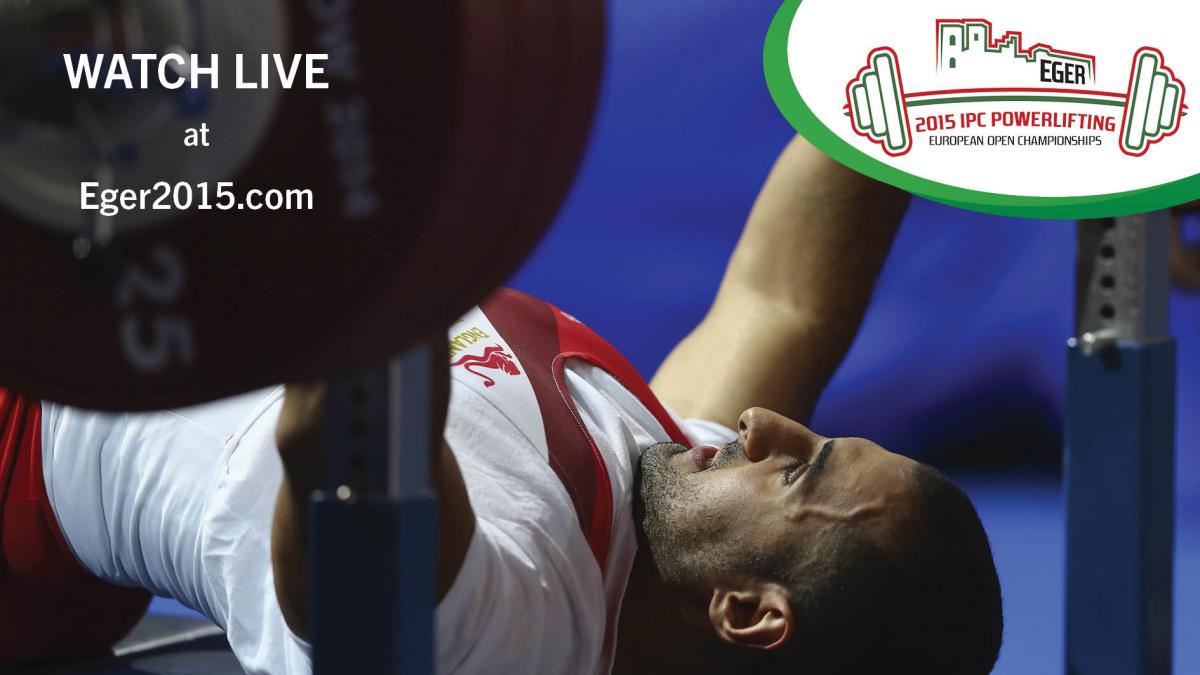 More than 230 athletes from 44 countries are putting the finishing touches to their preparations for the 2015 IPC Powerlifting European Open Championships, which get underway in Eger, Hungary, on Tuesday (24 November).

All five days of action from the biggest European Open in the sport’s history will be streamed live at www.eger2015.org with English commentary.

Headlining day one is a clash between Turkish Paralympic, world and European champion Nazmiye Muratli and Chinese world record holder Zhe Cui in the women’s up to 41kg.

Cui surpassed Muratli’s world mark at the Asian Open Championships in Almaty, Kazakhstan, in July with a 103.5kg lift. Eger 2015 will be the first time the pair have faced off this year.

Muratli however is supremely confident: “I am going to retain my European title in Eger,” she said. “I don’t see anybody as competition to myself. I am fully concentrated on my regular and disciplined trainings.”

Wednesday (25 November) will see Great Britain’s Ali Jawad, the men’s up to 59kg world champion, attempt the biggest competition lift of his career in the men’s up to 65kg.

“For me, being on top of the podium is not important,” Jawad, who has said he is only temporarily shifting up a weight category, commented. “I feel that it is finally time to hit 200kg in Eger. This year I have hit massive lifts in training, but I feel I have not shown my best in competitions. I know if I want to challenge for gold in Rio [2016 Paralympic Games] I need to be lifting 205kg or more, and I feel confident if I make smarter decisions in training I will be very close to that number in Rio.”

Russian world champion Olesya Lafina will also be defending her European title on Wednesday in the women’s up to 50kg.

Greece’s Gkremislav Moysiadis is back in the men’s up to 80kg after winning European gold in Aleksin, Russia, in 2013. China’s world champion and world record holder Xiaofei Gu will challenge him on Thursday (26 November).

On the same day Russian European champion Tamara Podpalnaya and Great Britain’s Natalia Blake, the 2013 silver medallist, will repeat their showdown in the women’s up to 55kg.

On Friday (27 November), France’s defending women’s up to 73kg European champion Souhad Ghazouani will be looking to increase her 150kg world record from 2013, which still stands.

Since winning bronze two years ago Greece’s Pavlos Mamalos has added the world title in the men’s up to 107kg. However Azerbaijan’s Elshan Huseynov has had an exceptional season, breaking the world record on his way to gold at the Asian Open in July.

The competition will conclude on Saturday (28 November) with the women’s up to 86kg.

The 2015 IPC Powerlifting European Open Championships is also a Paralympic ranking competition for the Rio 2016 Paralympic Games. It is the last major competition ahead of Rio 2016.

Eger 2015 crowns a year of huge growth and development in IPC Powerlifting, with the first Americas Open Championships held in Mexico City in April and an inaugural Paralympic ranking competition in Africa held as part of the 2015 All Africa Games in Brazzaville, Congo, in September.

Athlete numbers have also increase by more than 45 per cent in 2015. 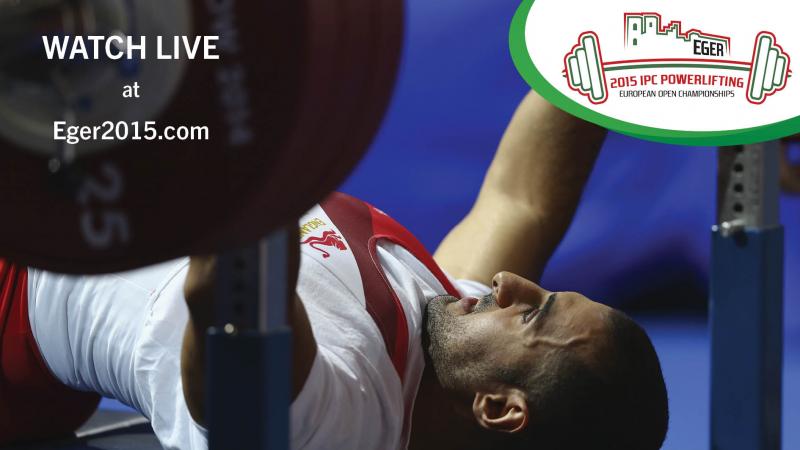 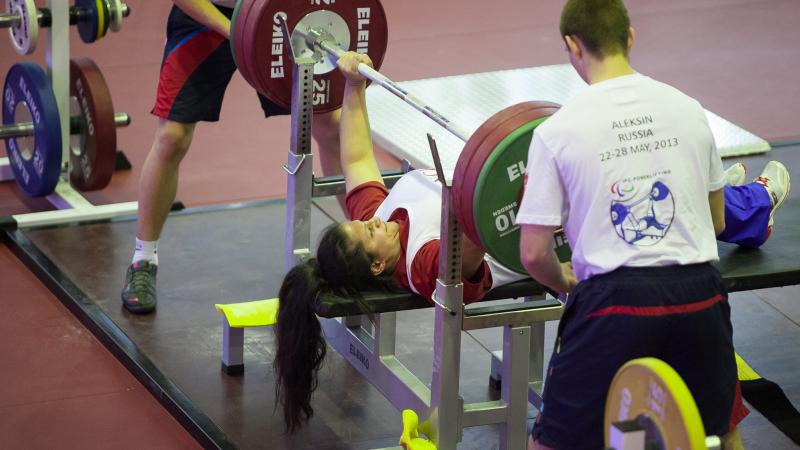 Powerlifting
Five lifters to look out for at Eger 2015
Imagen 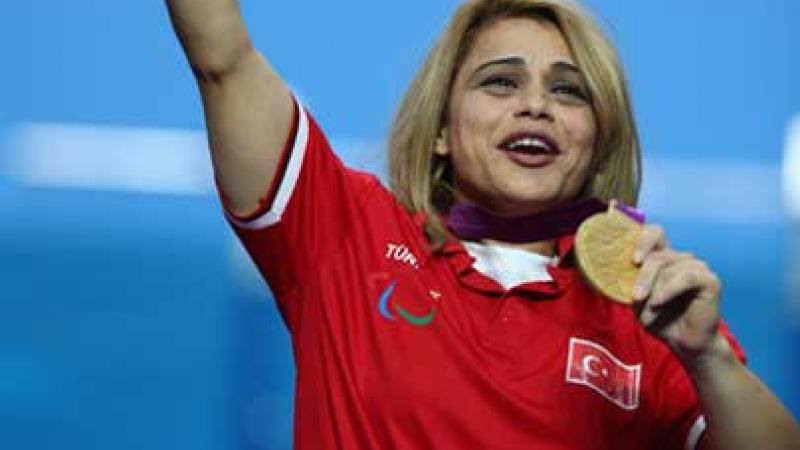 Powerlifting
Muratli: “I am going to retain my title in Eger”
Imagen 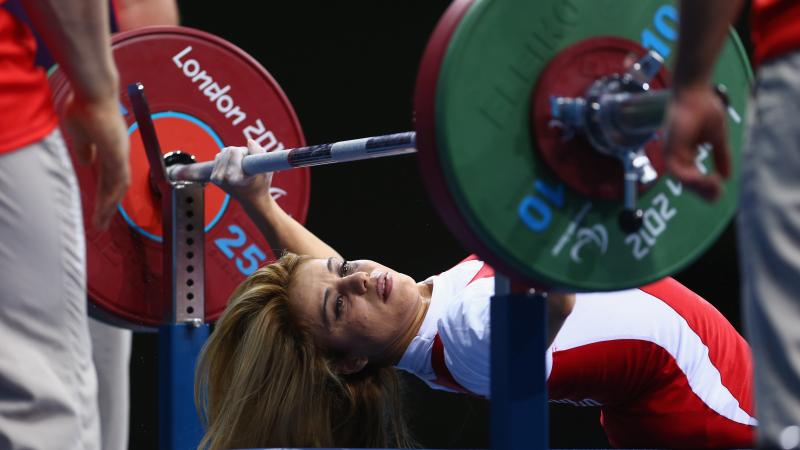