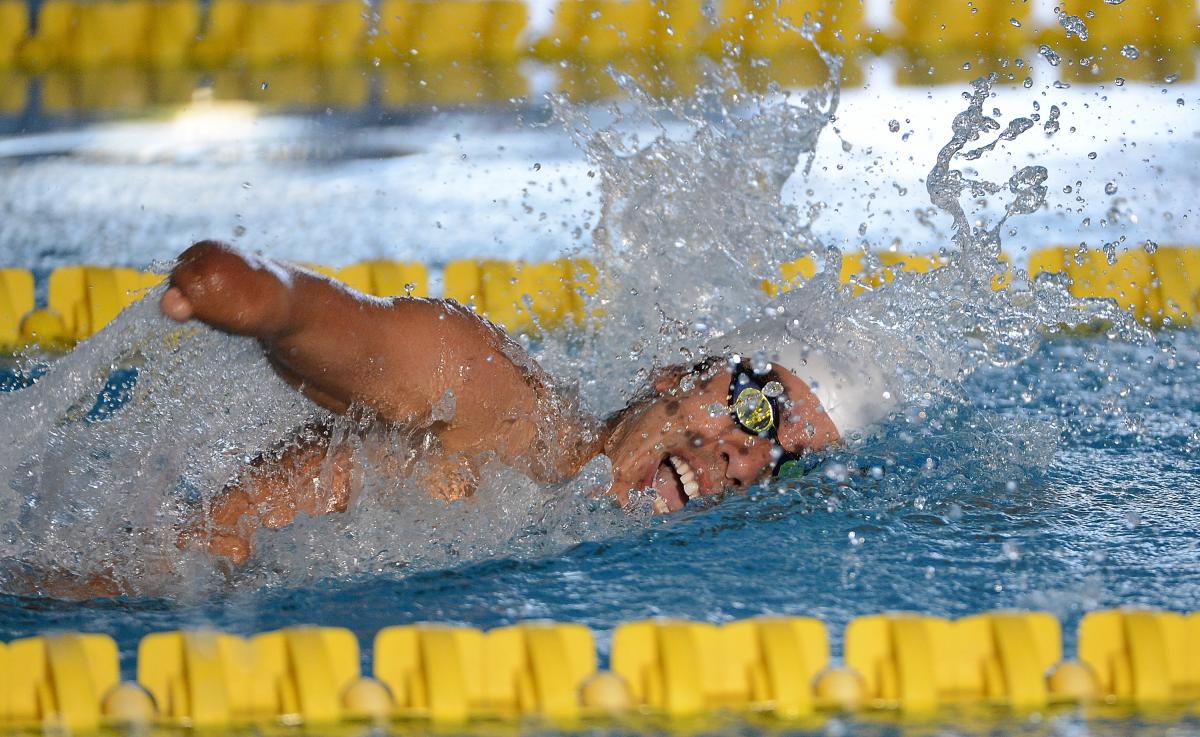 “This was an incredible year. I reached my goal and the World Championship was proof of that.

Some of the best Brazilian swimming and athletics athletes will be competing this weekend (9-10 November) in Fortaleza, Brazil, in the Caixa Loterias Athletics and Swimming Circuit. The competition concludes the 2013 adult competition calendar of the Brazilian Paralympic Committee.

From January to October, the athletes participated in six stages of the Caixa Loterias Circuit: four regionals and two nationals. In Fortaleza, more than 500 athletes will round off this season.

On the track, top athletes to look out for include Lorena Spoladore, world champion in long jump T11 at the 2013 IPC Athletics World Championships, and Daniel Mendes.

In the swimming pool, multiple medal winner Daniel Dias and young athlete Talisson Glock, winner of two silver medals in the individual medley SM6 and freestyle S6 at the 2013 IPC Swimming World Championships in Montreal and five gold medals at the Youth Parapan-American Games, in Buenos Aires, will be in action.

For Daniel Dias, the competition in Fortaleza will cap off a season filled with good results. The Sao Paulo athlete was Brazil’s biggest medalist at Montreal 2013, bringing home six gold medals and two silver medals across freestyle, backstroke and individual medley S5 events.

Dias wishes to end the season with more positive results. “This was an incredible year. I reached my goal and the World Championship was proof of that. Now I will be in Fortaleza to consolidate 2013 with more medals,” he said.

“The Circuit is important for our career; prior to this event our calendar was pretty empty, but now it is very packed. And to compete in Brazil is part of what it takes to get to the Paralympic Games in Rio-2016," adds Dias.

Sprinter Daniel Mendes also hopes to give his all in Fortaleza to conclude the first year of the Rio 2016 Paralympic cycle with great results. He won gold (400m T11) and bronze (200m T11) at Lyon 2013 and he feels motivated to continue the work until the next games. "I now want to consolidate my season, which has been very good to me. This was the year I moved to São Paulo to live close to the training facility and this has helped me a lot. In France, my goal was to win gold in the 400m and I achieved that.

“All of this is the result of my commitment and here (in Fortaleza) I will work just as hard to improve my performance," he affirmed.

The sprinter already has plans for next year, but prefers to focus his attention on the Circuit to perform well at the event. "I hope to perform just as well in 2014, so I can be ready for the 2015 [IPC Athletics] World Championship. But now I'm thinking about this last competition. After that I will take a break before starting a new year," he plans.

Both Daniel Dias and Daniel Mendes are athletes of Team São Paulo, a partnership between the Brazilian Paralympic Committee and the State Government of São Paulo, through the State Secretary for the Rights of People with a Disability. In addition to these two, forty more athletes benefit from this program.

In addition to the athletics and swimming competitions, Fortaleza will also host the International Open Powerlifting competition until Saturday, November 9. The competition, which is sponsored by Caixa Loterias, began on Wednesday (6 November,) and unites more than 90 athletes from Brazil, Argentina, Chile and Colombia. It is the last opportunity for Brazilian athletes to qualify for the 2014 IPC Powerlifting World Championships in Dubai, UAE. 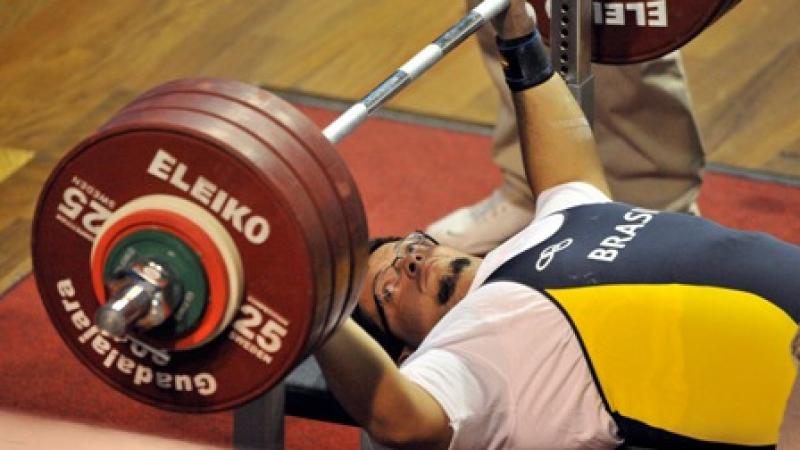