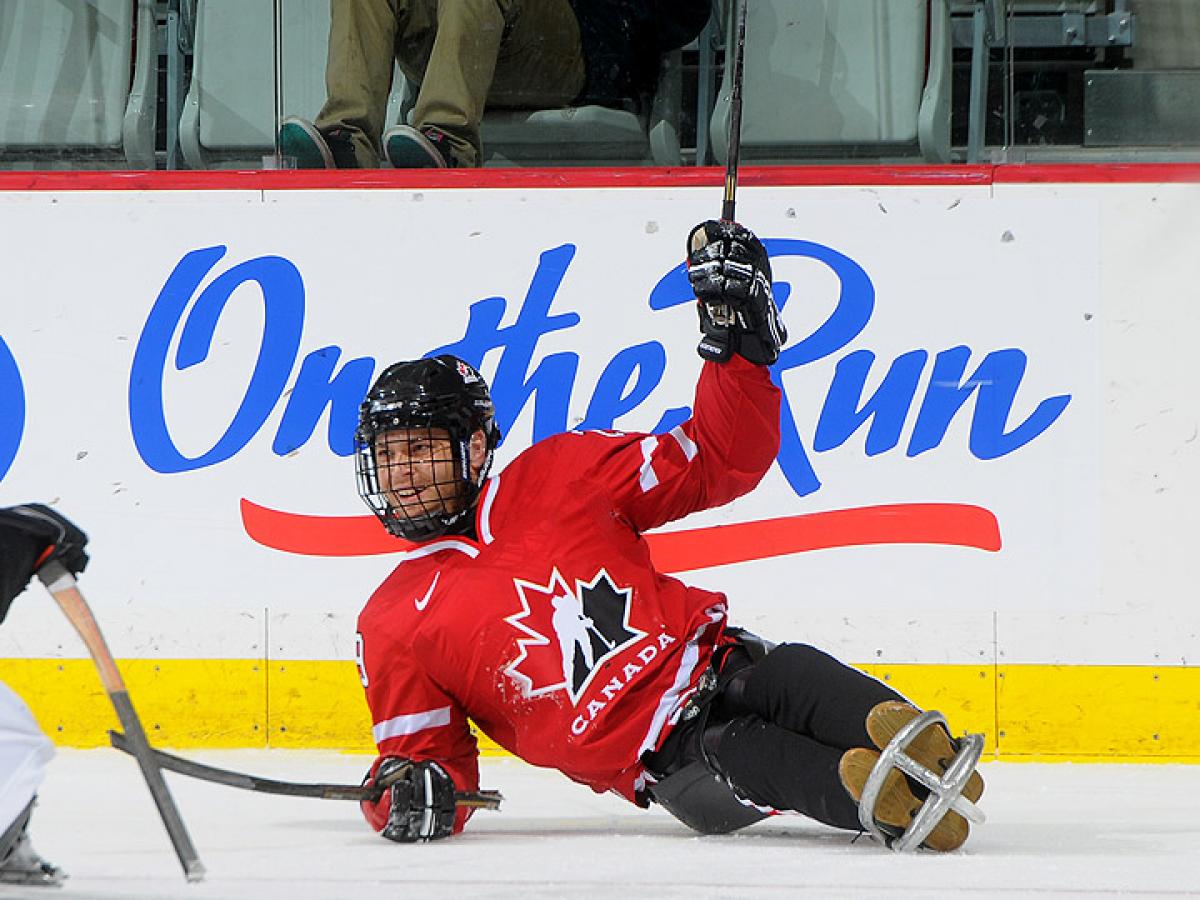 The Canadians kicked off the defense of their gold medal with their third-largest margin of victory ever at the event.

Marc Dorion scored a hat trick and added an assist to pace Canada’s offense to open the World Sledge Hockey Challenge with an 11-0 rout of Japan on Sunday (2 December) in Calgary, Canada.

The Canadians kicked off the defense of their gold medal with their third-largest margin of victory ever at the event, as Graeme Murray also scored twice on the night.

The home team scored eight of their goals in the first period, as Brad Bowden, Adam Dixon, Dominic Larocque and Brendan Blanchard also found the back of the net.

Japan had just two shots on goal the entire contest.

In the day’s first game, the USA defeated Norway, 3-1, though the Americans outshot the Norwegians, 24-6, making the final score not as close as it seems.

With US defenseman Craig Brady in the penalty box late in the first period, Loyd Remi Pallander was able to get behind the American defenders to open the scoring with just over a minute to go in the opening frame, giving Norway a 1-0 lead after 15 minutes.

The US would pour it on in the second period, outshooting the Norwegians by a count of 11-0; however they could only beat Norway goaltender Kristian Buen once, as Kevin McKee banged home a loose puck with 5:14 remaining in the period, sending the two teams to the dressing room tied 1-1 after two periods.

Josh Sweeney scored the game-winner shorthanded just 2:28 into the third period and Declan Farmer added some insurance for the US with just two seconds remaining in the game. 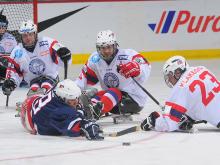 USA and Norway battle for the puck during the opening game at the 2012 World Sledge Hockey Challenge.