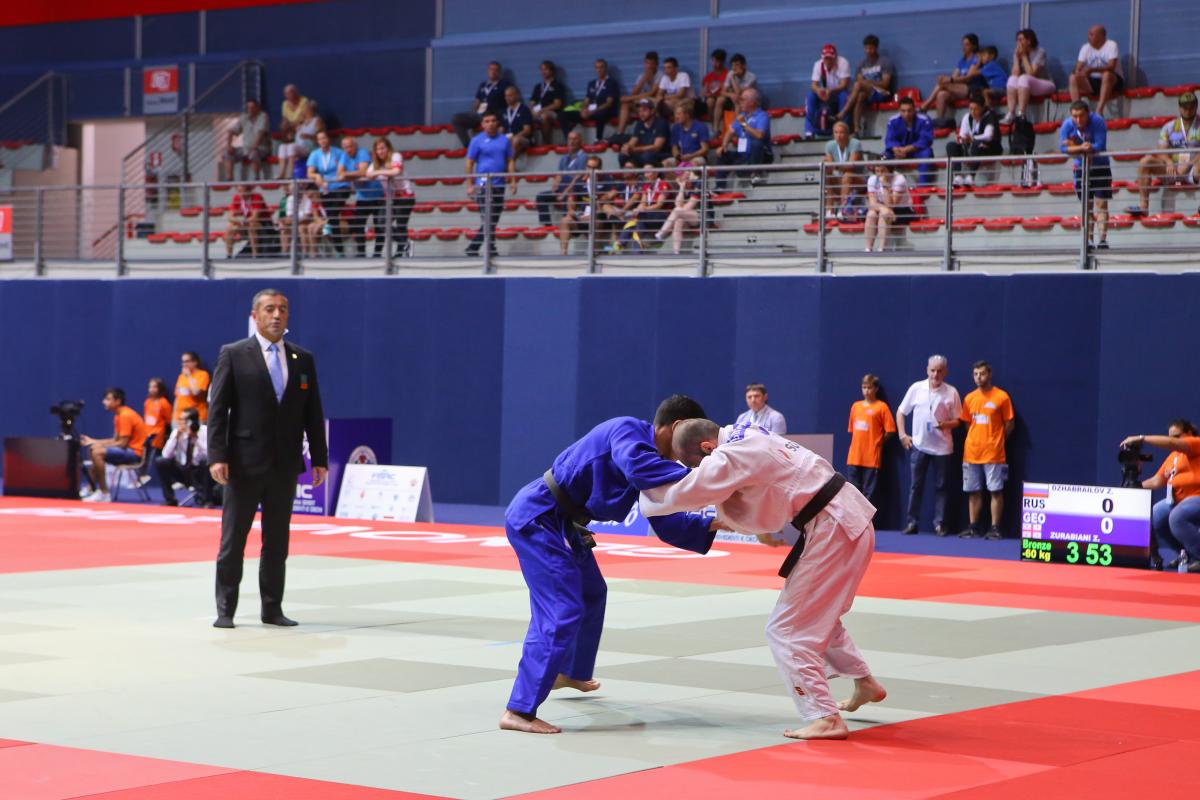 Hosts Italy gave a jubilant celebration after their very own Carolina Costa claimed gold at the 2019 IBSA Judo European Championships in Genova over the weekend.
Costa took on Azerbaijan’s Dursadaf Karimova in the gold medal match, which she won by default after Karimova picked up three shido.
It was Costa’s second appearance on a major podium, having also collected bronze at last year’s World Championships.
"It is an indescribable joy," Costa said. "Winning the European Championship in Italy has an even better taste. I was very tense because I fought in front of so many friends and relatives who came to Genova for me.
“Tokyo 2020? I don't hide, I want the Paralympics and slowly I start to see the summit."

Tokyo 2020? I don't hide, I want the Paralympics and slowly I start to see the summit

Season’s surprise
Russia’s Abdula Kuramagomedov delivered the shock of the season so far in the men’s up to 100kg, beating Georgian world champion Zviad Gogotchuri.
Going into the fight Gogotchuri was unbeaten in either the up to 90kg or his current weight category, which he switched to after winning gold at the Rio 2016 Paralympic Games.
The Georgian, wary of Kuramagomedov’s abilities and taller frame, tried to end the fight quickly from the start but the Russian resisted.
It was a mistake from Gogotchuri that led to Kuramagomedov turning him over for what was originally given as a wazari but was then changed to an ippon on review.
Georgia did however get to the top step in the men’s over 100kg.
Revaz Chikoidze took on Azerbaijan’s multiple medallist Ilham Zakiyev in a match that pitched an experienced champion against one in the ascendancy.
It was the Georgian’s second gold in three weeks having also taken the win at the Tokyo 2020 International Qualifier in Fort Wayne, USA.
History by Huseynova
Khanim Huseynova took Azerbaijan’s first gold of the competition in the women’s up to 63kg.
It took her just a few seconds to overturn Russia’s Worlds bronze medallist Olga Pozdnysheva to retain her European title.
Turkey’s Raziye Ulucam won her first major international title in the women’s up to 70kg. Ulucam faced Russian European champion Olga Zabrodskaia, successfully putting her on her back for gold.
Russia’s Ruslan Albagachiev emerged the victor from an all-Russian face off in the men’s up to 81kg for his first major international title having debuted in 2018.
Mixed-team results
Azeri judoka impressed on the final day of action on Sunday, winning the first ever European mixed team title.
Khanim Huseynova, Huseyn Rahimli, Dursadaf Karimova, Ilham Zakiyev, Sabina Adullayeva and Bayram Mustafayev were crowned European champions after winning against a combined IBSA team from various countries.
In display of support for the new event, five judoka from four countries joined forces at the start of the day to take on seven other countries.
Ukraine entered a strong team containing three new European champions in a bid to claim a second historic gold in the event.
They reached the top of the podium at the International Qualifier in Fort Wayne, USA, on the debut of the mixed team at an IBSA Judo competition.
However at the end of the first three fights Russia’s Magomedova, Sabirov and Savostyanova had all won to carve out a 3-0 lead.
But Ukraine had their best athletes yet to come.
All of their remaining judoka – a trio of European champions in Oleksandr Nazarenko, Inna Cherniak and Davyd Khorava - won their respective fights against Gaidarov, Chudina and Merkulov.
With the scores tied at 3-3 a draw was made to determine who would fight again for the win through Golden Score. The women’s up to 63kg was picked and Ukraine’s Liudmyla Lohatska had to face Magomedova again.
An impressive display from both women saw an evenly matched fight. But it was Magomedova who had the edge, holding her opponent on the tatami for the win.
The 2019 IBSA Judo European Championships ran from 26-28 July and featured around 130 athletes from 18 countries. 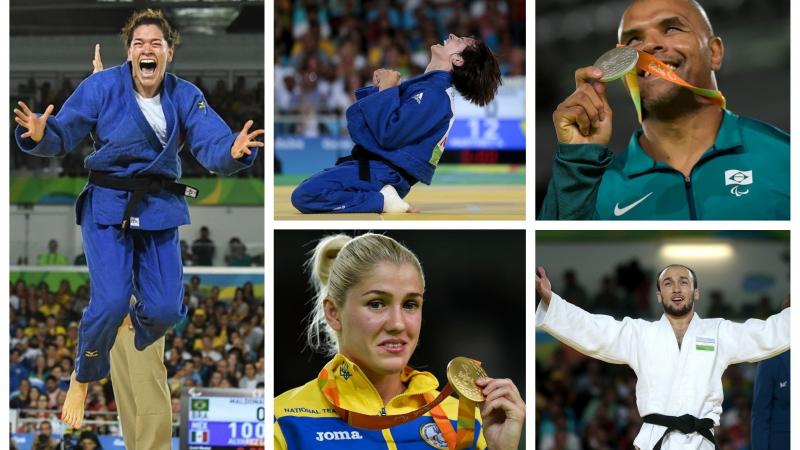 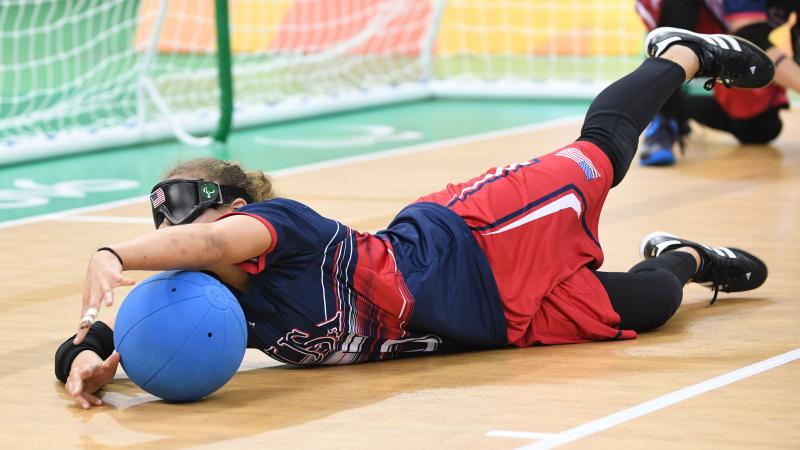 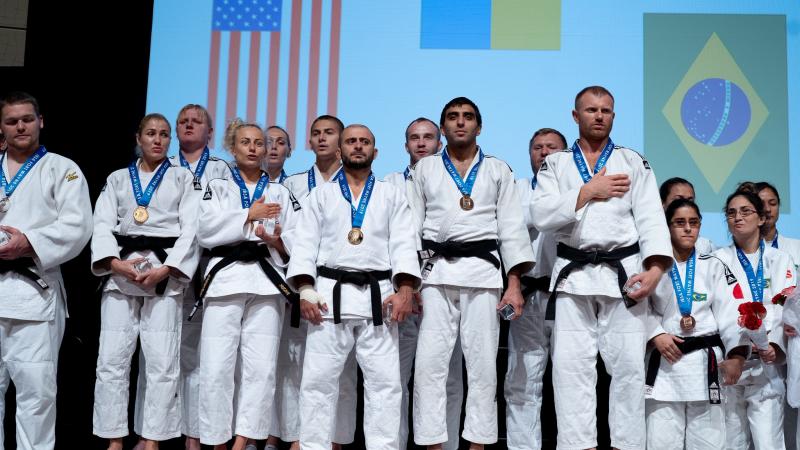 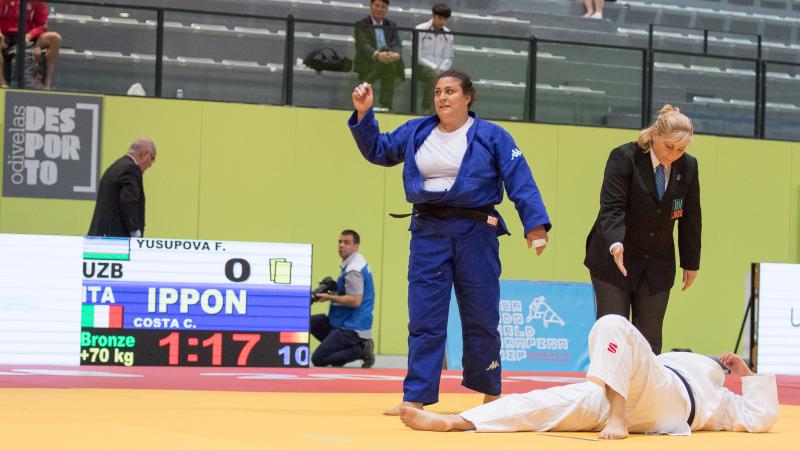