Castillo Castillo aims to make a splash at Rio 2016

With 100 days to go until the Paralympic Games, Mexico’s three-time Parapan American champion seeks to climb onto his first Paralympic podium. 30 May 2016
Imagen 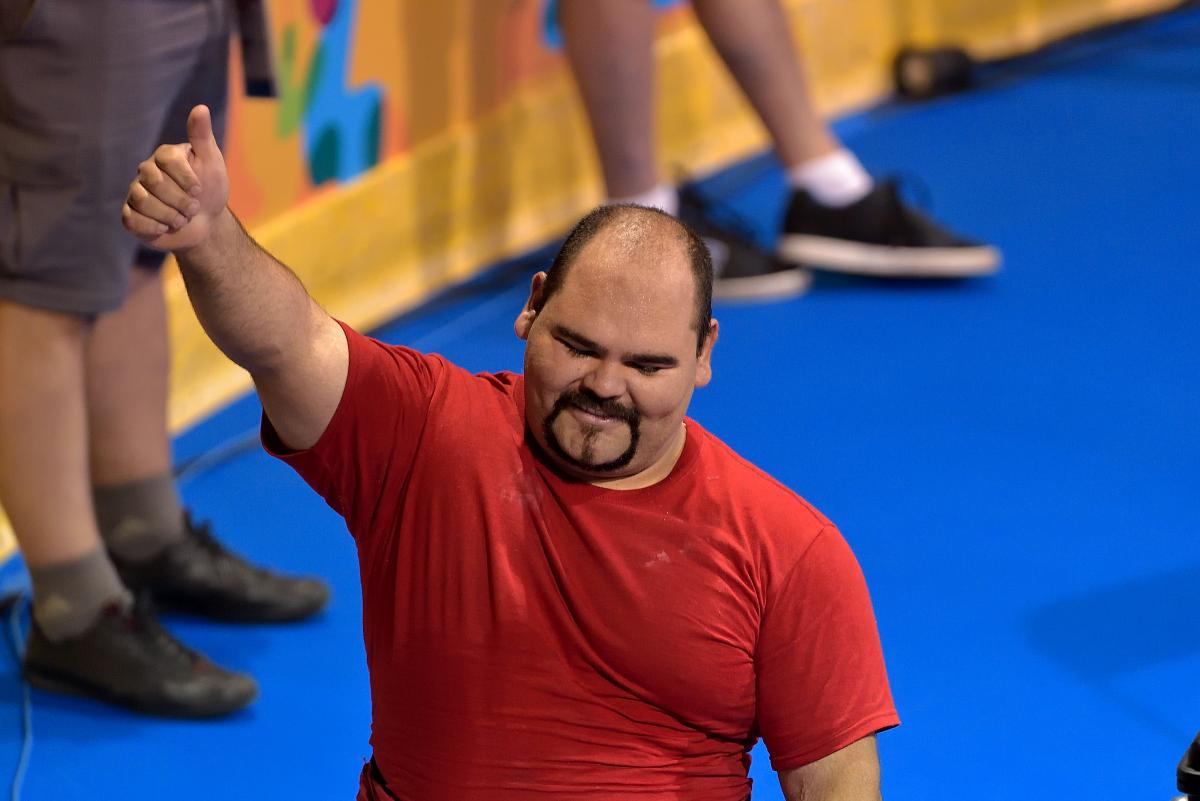 José Castillo Castillo gets gold for Mexico at Toronto 2015

“It will be very emotional Games and will help raise awareness of Para sports in the whole region.”

Mexico’s three-time powerlifting Parapan American champion Jose de Jesus Castillo Castillo wants to win a Paralympic medal at Rio 2016 after a disappointing performance in London four years ago, when he failed in his three attempts in the men’s up to 90kg.

Castillo Castillo, who also competed at Beijing 2008, said he has learned from his mistakes at the 2012 Paralympics and will get to Rio better prepared than ever.

“Looking back, I would say London 2012 was important for me as part of my learning process towards future competitions such as Rio 2016,” the 31-year-old said.

“I had trained really hard to reach London 2012 in my best possible form and felt stronger than in Beijing, when I was just a rookie.

“However, it was not a pleasant experience for me at that moment since I could not lift the weight I expected.”

Last year, Castillo Castillo won gold at a Parapan American Games for a third consecutive time, in Toronto, where he also set a new Americas record in the up to 97kg with a 225kg lift.

“It is not easy to win the continental title three times,” he said.

“I was only 22 years old when I claimed gold at Rio 2007, which made my first Parapan Am Games unforgettable for me.

“Nevertheless, the one I especially remember is Guadalajara 2011, where I could celebrate the title on home soil, with my friends and family.”

“My goal is to continuously improve my personal best. That is what I train for minute after minute,” he said.

“If I feel good and reach the Paralympics in my best shape, I truly believe I can fulfill my dream of climbing onto the podium.”

The Mexican knows that Egypt’s London 2012 gold medallist Hany Abdelhady and Jordan’s world champion Mutaz Zakaria Al Juneidi will be tough-opponents, but he does not feel intimidated.

“The competitors know what each other can give. I dream about bringing a medal to my country. The Paralympic Games represent the pinnacle of your sporting career,” he said.

“From the moment I watched the Sydney 2000 Paralympics, I knew I wanted to be there one day. Now that I have already competed at three, I have another clear goal: to win a medal, preferably a gold one.”

Castillo Castillo also highlighted how important it is for Latin America to host its first Paralympics in history.

“It will be very emotional Games and will help raise awareness of Para sports in the whole region,” he said.