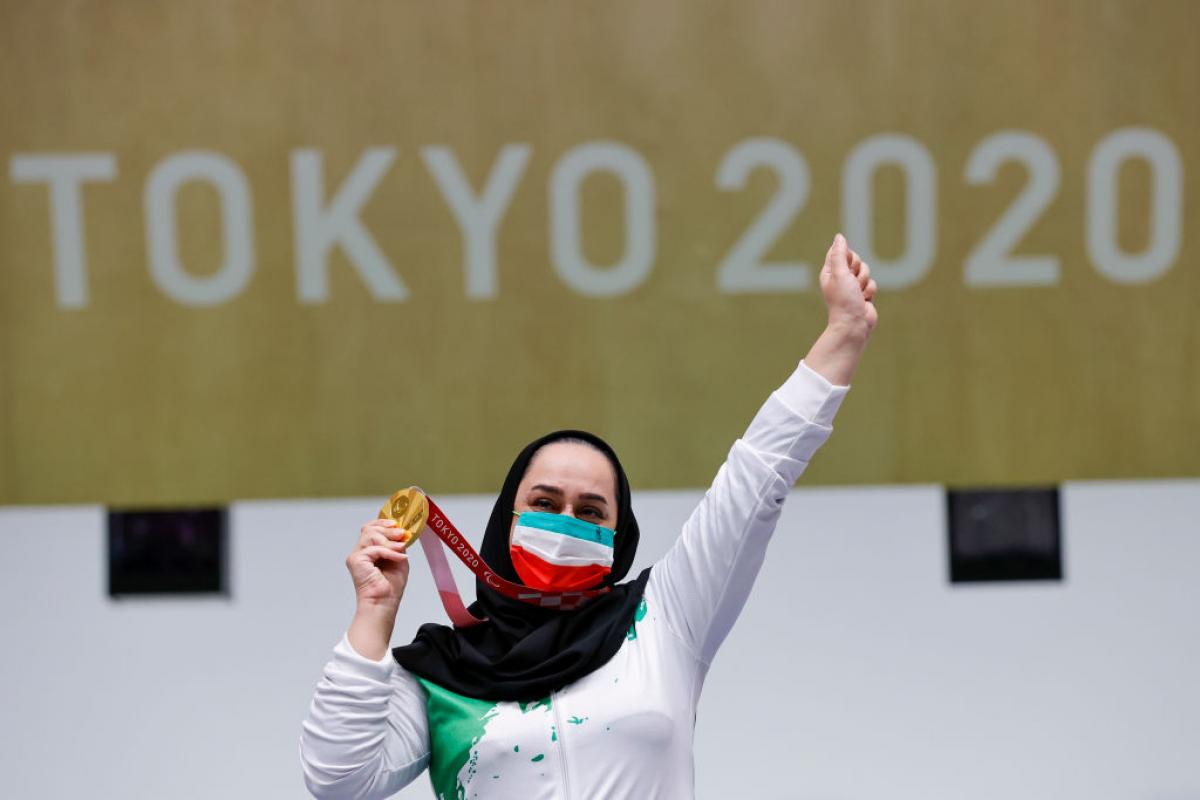 The P2 women's event was a straightforward affair for Iran’s Sareh Javanmardi as she backed up her gold from Rio 2016.

Javanmardi took an early lead, and never looked back.

"I dedicated everything to hard training, and 95 per cent of the time I dedicated to sport,” the Iranian said of giving up family time to focus on shooting.

Her title at Rio 2016 was the first ever gold medal from an Iranian female athlete at the Paralympic Games. Five years on, she was in a completely different position defending her gold.

"This is the best feeling I'm having right now. Five years of work finally paid off. I'm really glad that Tokyo worked out and that I could repeat what I did in Rio and break the world record," she added.

In the P1 men’s event, China’s Yang Chao was pushed all the way by compatriot Huang Xing.

A series of accurate shots from Huang put him 1.4 points ahead of Yang with one shot to go, but nerves kicked in.

Yang's last effort of 10.4 to Huang’s 8.6 gave the defending champion victory. India took another podium with Singhraj claiming the bronze.

"I had some bad shots, and dropped from first to second. But I believed a miracle would happen, so I persevered until the last shot and tried to do that well,” Yang said.

"I'm the 2016 Paralympic champion, but after Rio I felt like I've been carrying the burden of that victory whenever I compete. That pressure was huge."

“But with the help of psychologists and my team, I was able to let go of past glories and just start anew and challenge myself, and try to defeat myself in a way.

"I'm very glad I was able to find that breakthrough."

Complete schedule and results are available on Paralympic.org.