Cheongju 2019: Italy’s Bebe Vio in a league of her own in wheelchair fencing 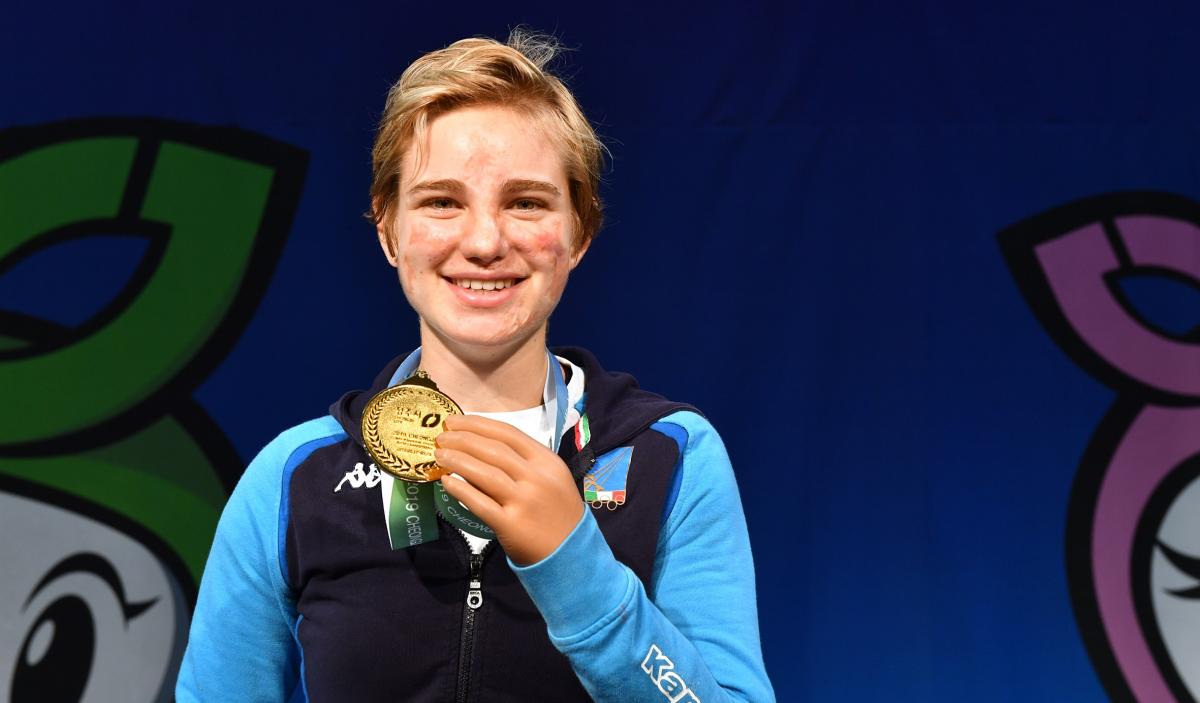 “The final was great. This Chinese girl is very, very strong," said Vio, who was all over her opponent right from the start – striking away with ease, scoring eight points on the trot as Rong struggled.

“Normally I fence against [China’s Jingjing] Zhou who was in the final of Rio de Janeiro [2016 Paralympic Games] so I was a little bit scared because I don’t really know how she [Rong] fences and how she is and how fast and strong she is,” added Vio.

The Chinese fencer somehow managed one more touch, but in the end the lead was too much for her to breach.

“For me it was quite difficult but then in the end, we did a lot of training. I started training for eight hours a day in the middle of August so I just have to thank everyone - my doctors, coaches and physios, because when you see an athlete with a medal, it is not just the athlete there is a big team behind.”

The men’s foil A final between Chinese teammates and debutants Sai Chun Zhong and Liqiang Chen was another keenly contested affair.

With the score at 13-11, the closing stages saw Zhong further zone in on Chen and draw level at 14-14. However, Chen held his nerve and went on to claiming his first world title.

“I am very happy and excited. I want to thank IWAS, the Chinese Disabled Persons Federation and my coach and all the staff and officials,” said an elated Chen.

“Based on my practice and hard training every day with my coach and teammates, I had the determination with the last hit to fight with my opponent.

“It’s so tough and intensive, especially the last two fights, but the only thing in my mind was winning the match.”

Zhong settled for silver but will be encouraged by his win over defending champion Richard Osvath on Hungary on the way to the final.

Russia’s Artur Yusopov rounded off the podium with bronze. China’s Rio 2016 bronze medallist Gang Sun also finished third after he was knocked-out in the semi-finals by Chen.

"I had the determination with the last hit."

Top tip from China's new foil A world champion Liqiang Chen on why you should never give up. 🔥@Paralympics | @FIE_fencing pic.twitter.com/P3bTUQazhs

Ukraine’s Serhii Shavkun retained his title from 2017 in the men’s epee category C.

Belyaev’s silver sees him improve on his bronze medal from two years ago.

As wheelchair fencing tries to further develop its pool of category C athletes, an International Tournament was held for women’s foil fencers.

The 2019 IWAS Wheelchair Fencing World Championships run from 17-23 September. As well as the world titles on offer, the competition is also a crucial stop on the road to the Tokyo 2020 Paralympic Games.