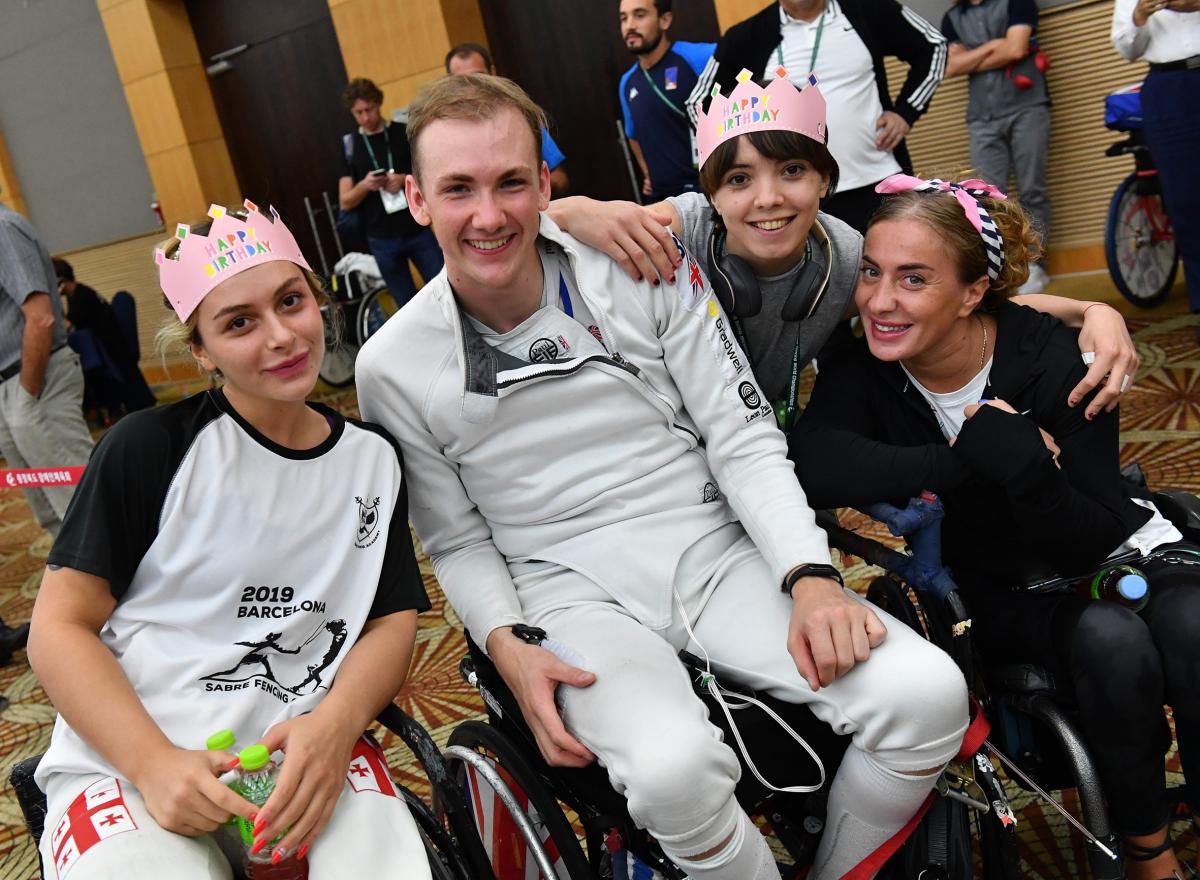 Birthday boy Piers Gilliver of Great Britain had plenty to celebrate as he clinched his maiden World title in authoritative fashion at the 2019 Wheelchair Fencing World Championships in Cheongju, South Korea, on Tuesday.

Gilliver, who turned 25, stole the show in his pet event – the men’s epee category A – to claim gold ahead of Russia’s Artur Yusopov.

“It was the best present I could have hoped for,” said jubilant Gilliver. “It was a really tough final. Yusopov is a great fencer so every point I had to really work so hard for, really push to the max. So pretty pleased to have won it, really means the world to me.”

The Briton started the day on a high, taming firm favourite and defending champion Maxim Shaburov of Russia. With that win, Gilliver also avenged the heart-breaking loss he had suffered at the hands of the same opponent two years ago at the World Championships finals. This time round, he was at his dominant best and got the better of Shaburov at 15-10.

Gilliver then was pitted against China’s Sai Chun Zhong in the semi-finals. However, the latter proved to be no match for Gilliver. In the gold medal contest against Yusopov, Gilliver was in total control over the proceedings right from the command “Go!” Once he had the early lead, he kept swelling the advantage and never allowed the Russian to claw his way back into the contest. The contest ended in his favour at 15-9 after staving off a late challenge from Yusopov.

“I managed to find the solution, it was always evolving in the match. Gilliver said of managing to hold off his opponent’s late charge. At few key points he understood what I was doing, so I had to change tactics to keep one step ahead, but eventually got there.”

What a way to celebrate your birthday! Victory for @PiersGilliver in the men's epee A! 🥇@Paralympics | @FIE_fencing | @ParalympicsGB #Cheongju2019 pic.twitter.com/e5CZlm1r7p

Chinese fencers claimed three of golds elsewhere in the competition, including a debut world title for Shumei Tan in the women’s epee B.

The victory was more resounding for Tan, 25, as she had only made her international debut in November last year at a World Cup in Tbilisi, Georgia.

There was never more than two points separating the pair until Tan landed three hits in quick succession to take the contest away from Vasileva.

However, Vasileva can take a lot of positives from her silver, and from beating China’s Paralympic champion Jingjing Zhou in the semi-finals. A third Chinese fencer, Lanzhu Ao, rounded off the podium.

Drama in women’s foil A

Some of the high-profile athletes were blown away in the women’s foil A. Hungary’s world champion Zsuszanna Krajnyak and Hong Kong’s Paralympic silver medallist Yu Chui Yee did not make it past the quarter finals.

China’s Paralympic champion Jing Rong, however, was in a league of her own and managed to maintain her winning form to claim gold.

Hungary’s 2017 silver medallist Eva Andreja Hajmasi could not post much of a challenge for Rong in the final, and the latter won the contest with ease at 15-6. Ukraine’s Nataliia Morkvych and China’s Xufeng Zou both settled for the bronze.

China's Paralympic champion Jing Rong comes back from behind to win 15-11 against Ukraine's Natalia Morkvych in the women's foil A, securing a place in the final.#Cheongju2019 pic.twitter.com/fLNmj93CYq

The 2019 Wheelchair Fencing World Championships in Cheongju run from 17-23 September. As well as the world titles on offer, the competition is also a crucial stop on the road to the Tokyo 2020 Paralympic Games.