China’s Yujiao Tan was one of four athletes to smash world records on day three of the 2013 IPC Powerlifting Asian Open Championships, a key event on the road to Rio. 05 Nov 2013
Imagen 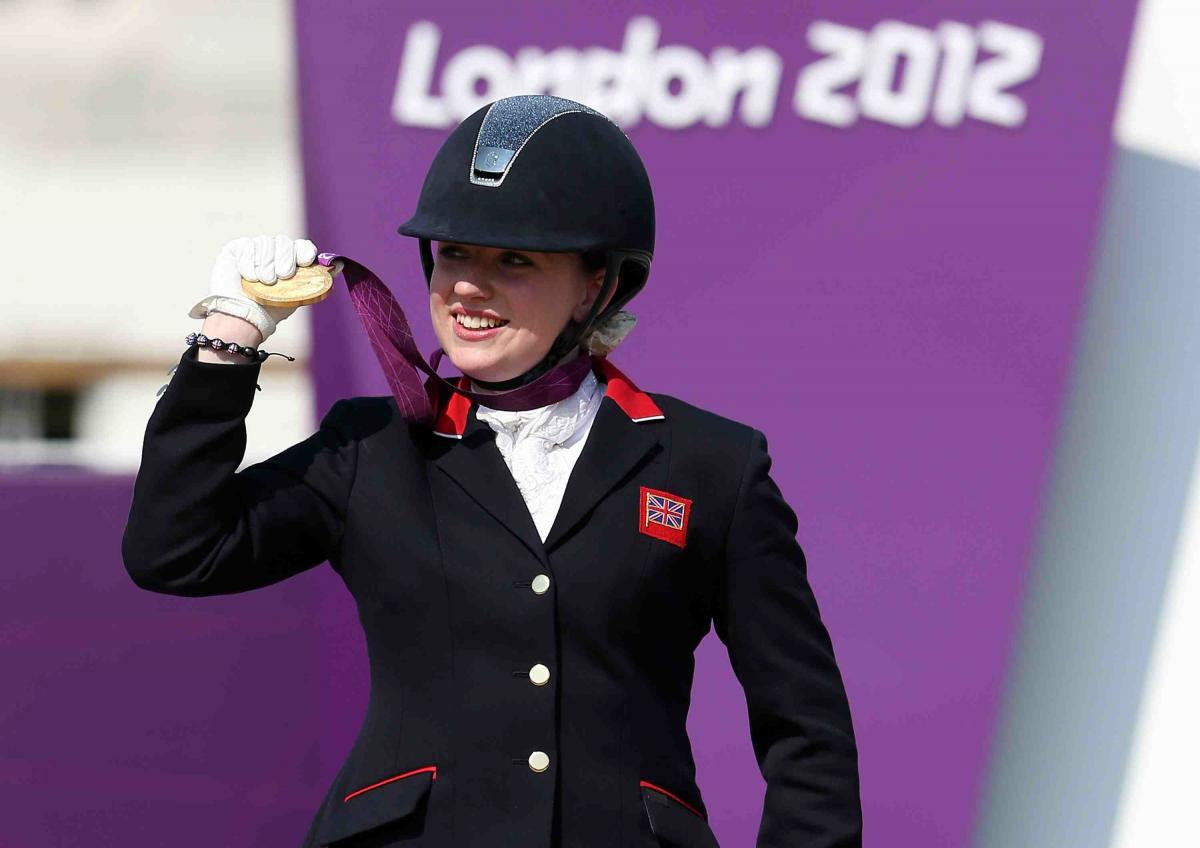 China’s Yujiao Tan has lit up the third day at the 2013 IPC Powerlifting Asian Open Championships by breaking the world record in the women’s up to 67kg class an incredible four times.

A further three world records were broken at the Titiwangsa Stadium across other weight categories in another exciting day of lifting, as athletes prepare for the 2014 World Championships.

23-year-old Tan, one of the lightest athletes to line up for the event, started off easy by adding 1kg to the 119kg world record set by Egyptian Amal Mahmoud earlier in 2013. As her confidence grew, the London 2012 silver medallist cleared a 127kg second lift before going on to push 132kg to secure her gold. She showboated with a 135kg fourth lift to smash the world record. The closest best lift came from Malaysian silver medallist Fatima Wagimin with 80kg, 4kg ahead of third-placed Asma Issa of Jordan.

Worryingly for her competitors ahead of the World Championships in Dubai in April, Tan can go better, lifting 139kg in London before weight category changes were introduced. Her performance in Kuala Lumpur also meant she clinched the Asian record.

In the men’s up to 72kg category, Iran’s Roohallah Rostami created a similar stir by adding 10kg onto the existing world record of 210kg with his second attempt. The 24 year old then tried to lift 227kg but could not clear the bar, settling for the new mark and Asian record. China’s London 2012 silver medallist Hu Peng adds to his country’s good day at the platform with a silver lift of 195kg followed by Indian Rajinder Singh Rahelu with 188kg.

In a shock result for Mexico’s Amalia Perez, the Paralympic champion could only manage a best of 118kg to secure bronze. Instead Egyptian Fatma Omar Mohammed celebrated her recent 40th birthday with a golden lift of 132kg, ahead of Nigeria’s Lucy Ogechukwu Ekije who just failed to snatch the victory from Mohammed with a lift of 127kg.

The fourth and final record of the day came from Mohsin Rasool in the men’s up to 65kg. Rasool adds to a haul of medals already collected by Iraq with a world-beating lift of 210kg. He seemed content with that result, not attempting to add any further weights and clearing closest competitor Shaban Tehia El Dessoky Ibrahim of Egypt by 8kg. Chinese Paralympic champion Lei Liu completed the podium, but only in bronze position with 180kg.

Rounding off the events for day three and claiming gold for Nigeria was Ijeoma Doris Ihurobiem with a lift of 120kg in the women’s up to 73kg. Indonesian Nurtani Purba achieved an Asian record with her lift of 115kg, ahead of Syria’s Al Sheikh Rasha with 110kg.

Around 200 athletes from 30 countries are competing in the 2013 IPC Powerlifting Asian Open Championships, ahead of the World Championships which take place in Dubai, UAE, from 5-11 April 2014.

Athletes are vying to achieve the Minimum Qualifying Standard (MQS) for that event.

Athletes and teams are also attending educational seminars on anti-doping as part of the recently launched IPC Powerlifting Raise the Bar - Say No! to Doping campaign which makes its debut in Kuala Lumpur and continues until Dubai 2014. The project is funded by the Agitos Foundation and is part of a partnership with the World Anti-Doping Agency (WADA). 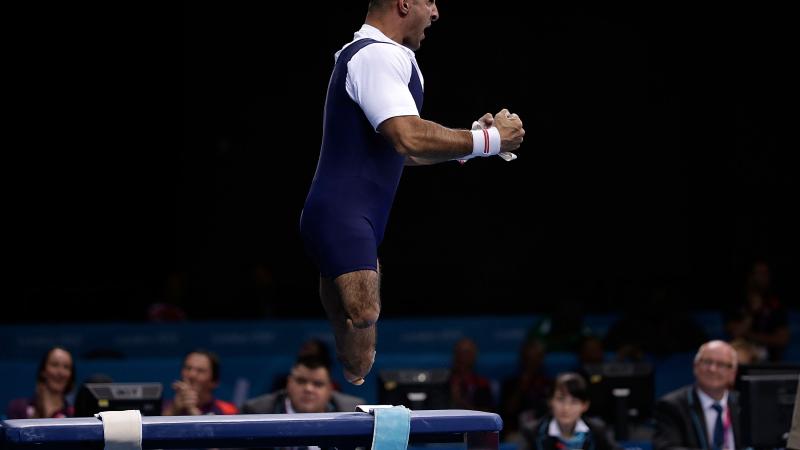 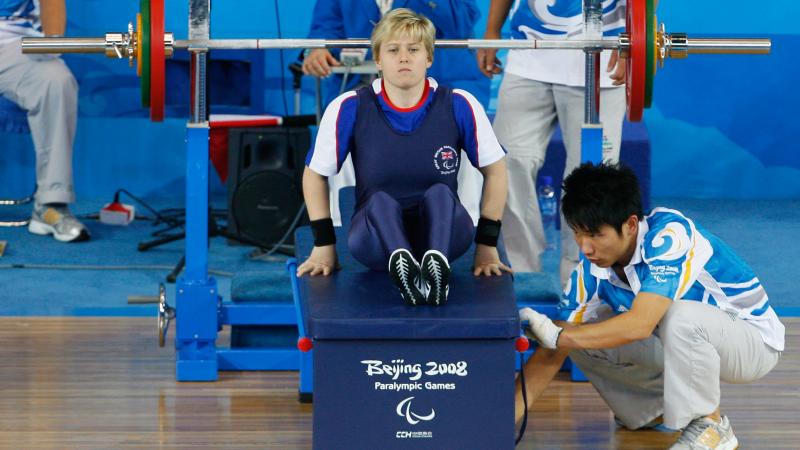 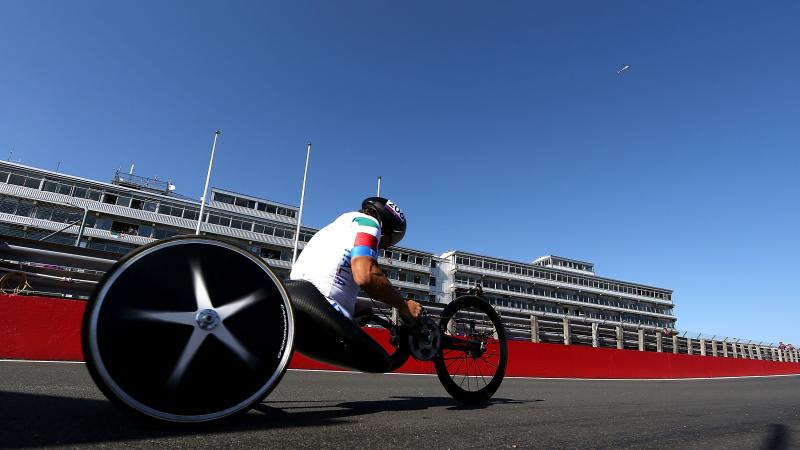