Eindhoven 2014: What to watch on day two

Day two at the 2014 IPC Swimming European Championships in Eindhoven, the Netherlands, will feature the debut of the mixed 4x50 freestyle relay 20 points. 06 Aug 2014
Imagen 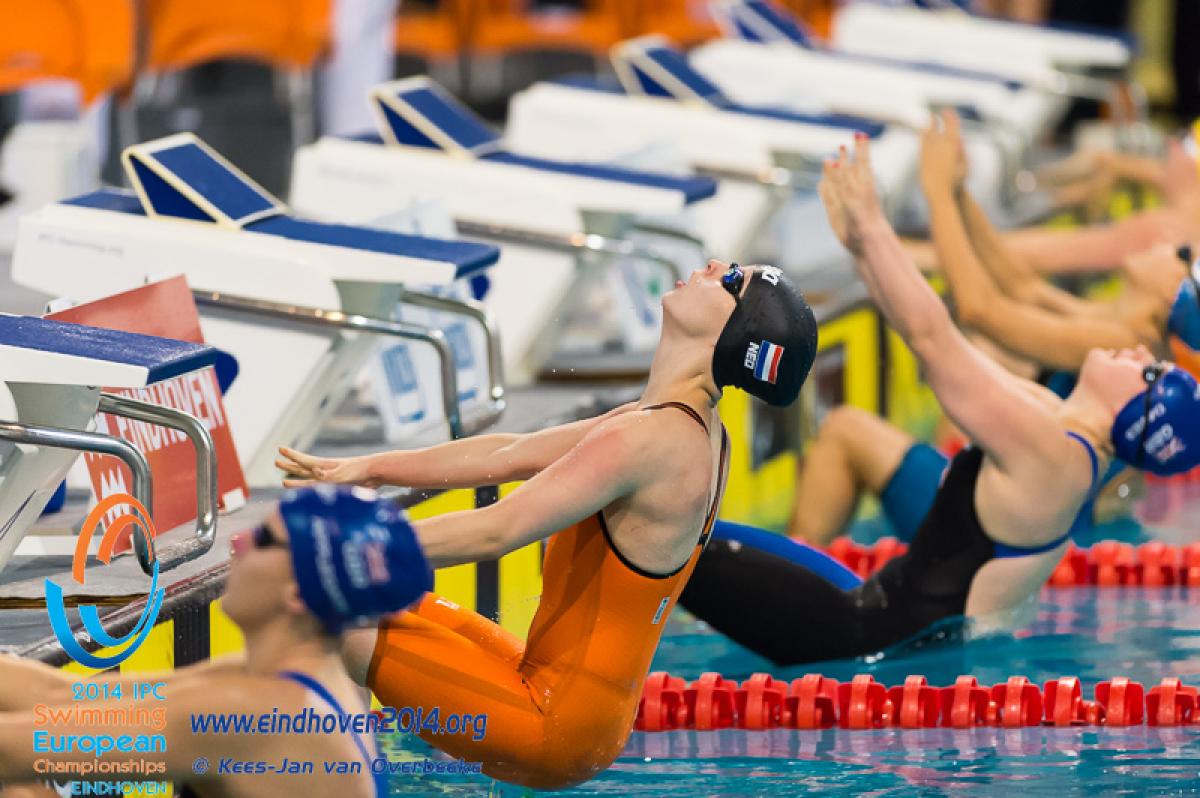 Home swimmer Michael Schoenmaker has been quietly working away since London 2012, bringing down his personal time across distances and disciplines.

In this event at the 2013 World Championships in Montreal, Canada, he agonisingly finished just outside of the medals, behind France’s David Smetanine. But the Frenchman isn’t the only athlete who is in contention for the gold medal.

There is barely anything in the personal best times of them, Slovenia’s Darko Duric and Spain’s returning multiple world and Paralympic champion Richard Oribe, who missed Montreal due to injury.

All three podium finishers from Montreal 2013 will head out again for a replay in Eindhoven.

Great Britain’s world champion Hannah Russell still has the edge this season over five-time gold medallist Russian Darya Stukalova, who finished second behind her in Canada.

Ukraine’s Yaryna Matlo, the bronze medallist from last year with her only medal amongst an absolutely dominant team, joins current world record holder and European champion Oxana Savchenko in attempting to unseat Russell.

Incorporating athletes from S1-4 classifications, this race features all S4 European finalists from the Worlds.

Lisette Teunissen of the Netherlands and Sweden’s Jennie Ekstrom are all in with a shot of the gold.

Teunissen may have the home advantage combined with the fastest personal best, but Ukrainian Olga Sviderska is the S3 European champion from 2011.

The 24-year-old won a total of seven individual and relay medals in Montreal and shows no signs of slowing down.

Reigning world champion Ukrainian Dmytro Vynohradets is the man to beat in this event, having had a great World Championships in 2013.

The 28-year-old won an incredible seven individual titles in Montreal.

Chasing him to the wall in the 50m free is Spain’s triple Worlds silver medallist Miguel Martinez.

This event, being run for the first time and an IPC Swimming competition in Eindhoven, is a chance for teams to lay down their authority in a new race.

Eligible swimmers include athletes from S1-10 classifications and two of the best teams in swimming – Russia and Ukraine – are both chalked to enter.

Tickets for Eindhoven 2014, featuring around 380 swimmers from 37 countries, are still available.

All morning and evening sessions from Eindhoven 2014 will be streamed live at ParalympicSport.TV.

You can find more information, including live results, at the Eindhoven 2014 event website.