Iraqi powerlifter pushes himself to the limit 11 Feb 2019
Imagen 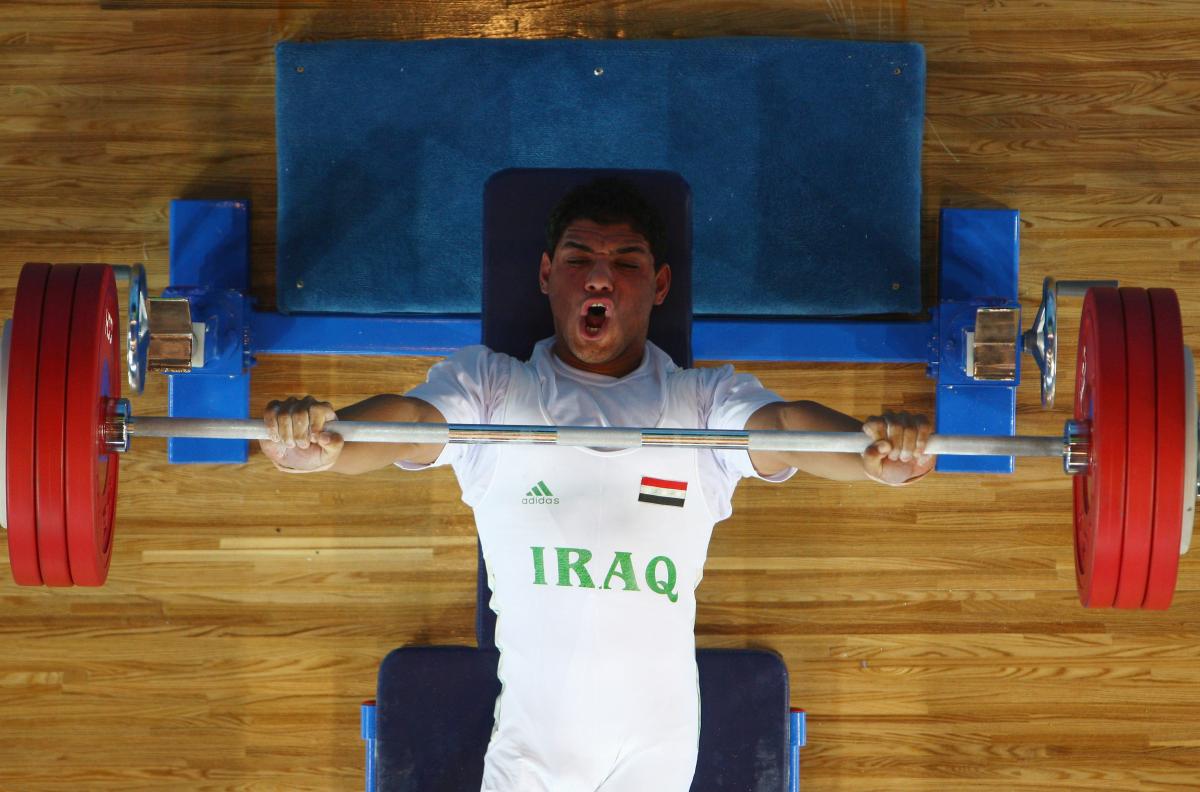 Despite a failed attempt to set a new world record of 230kg – which left Rasool needing medical attention - he left the bench to loud cheers from an enthusiastic crowd who showed respect for his attempt. He had already pushed up 220kg, to take the gold. Egypt’s Mahmoud Attia (185 kg) and Turkmenistan’s Sargey Meladze (175 kg) claimed the silver and bronze, respectively.

“The injury looks bad but he [Mohsin] is a fighter so he will be back soon,” said one of the Iraqi camp.

Egypt, meanwhile, topped the medals table after three days with eight, including six golds. On Sunday, Rio 2016 bronze medallist Amal Mahmoud lifted 120kg in her final attempt to finish ahead of 2018 European champion Sibel Cam of Turkey (115kg) and Jordan’s Asma Issa (112kg) in the women’s up to 73kg.

There was more joy in the Egyptian camp when Fatma Korany broke the junior world record en route winning the senior and junior gold with her final lift of 110kg in women’s up to 61kg. After a tight fight, she stayed ahead of her compatriot Gihan Abdelaziz who lifted 109kg. Turkey’s Yasemin Ceylan took the bronze managing a 100kg lift.

“I came into this tournament with a record and gold medal in my mind. I have worked very hard for this. I am very happy and will continue to work harder for more result like this. I am participating for the second time at the Fazza competitions and this event has always been special,” said Fatma with an infectious smile. She broke the record set by D’Andrea Mariana (107kg) in 2017, in Hungary.

Another promising junior, Telesca Donato, extended his brilliant show from the 2018 Asia-Oceania Open Championships in Kitakyushu, Japan, to clear the bar first at 167kg and then 170kg in the men’s under 72kg.

The 170kg lift was enough to break his own European record and the world junior record held by Boonie Bunyau Gustin (166kg) from Malaysia. Donato took the gold ahead of Egypt’s Mohamed Aly (140kg).

She may have lost her junior world record in Fazza, but reigning Americas champion Mariana still got to celebrate her birthday in advance with her gold medal-winning effort of 112kg in the women’s up to 67kg. She felt “lucky” to get the lift in her first attempt as she failed the next two, enough to take the gold ahead of South Korea’s Kim Hyeong Hui (106kg) and Ukraine’s Tetiana Shyrokolava (105kg). “The gold was my birthday gift,” she said later.

Moysiadis and Yule had to be content with lifts of 189kg and 188 kgs, for second and third places, respectively, while Elelfat lifted the heaviest weight of the day, 225kg, to top the podium.