South Korea have had a roller-coaster ride in this Paralympic cycle, finishing in second and seventh at the last two World Championships. 24 Jan 2014
Imagen 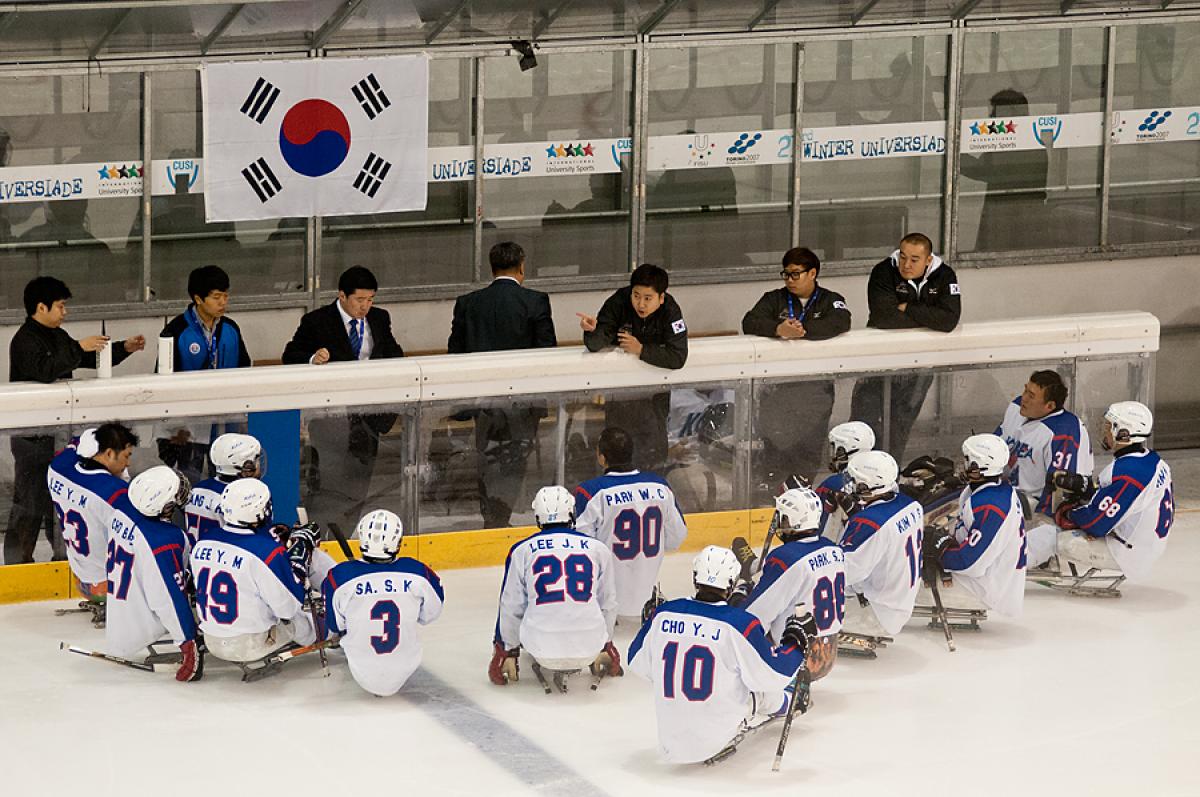 South Korea's ice sledge hockey team huddles up with their coaches during a timeout at the IPC Ice Sledge Hockey Qualification Tornament in Torino, Italy.

1. South Korea’s Seung-Hwan Jung, an IPC One to Watch for Sochi 2014 is arguably the fastest sledge hockey player in the world. He was named Best Forward at October’s IPC Ice Sledge Hockey Qualification Tournament after racking up eight goals, four assists and a shot percentage of 38 per cent.

2. The South Koreans made their sledge hockey Paralympic debut at the Vancouver 2010 Games, where they finished in sixth place out of eight teams.

3. In April 2013, South Korea became the first Asian country to host a World Championships A-Pool in the sport. As the host nation, they finished in seventh place on their home ice in Goyang.

5. Ik-Hwan Kim recently took over the head coaching duties for South Korea in 2013 and will lead the team from the sidelines for the first time at a Paralympics in Sochi. 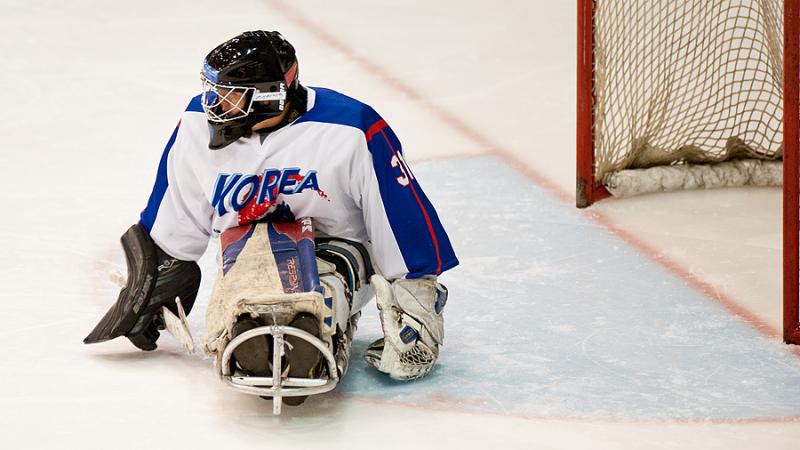