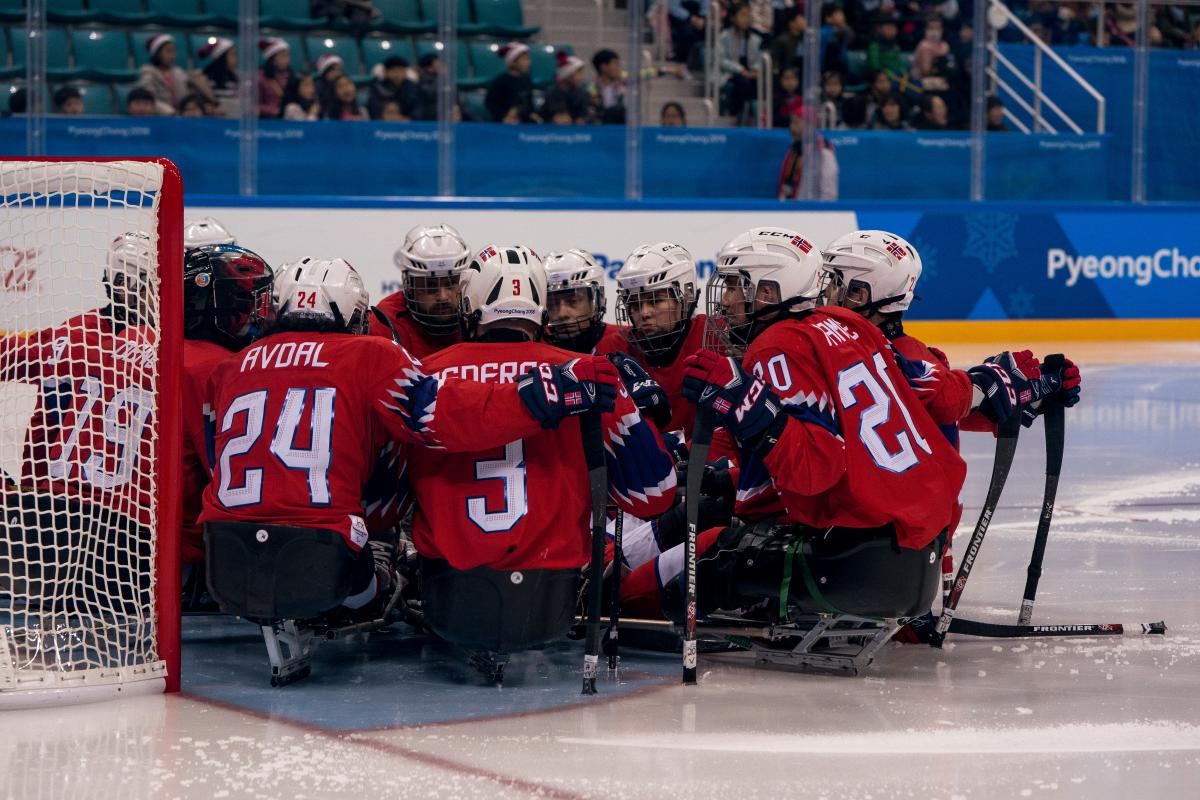 File photo of the Norway team during Paralympic Winter Games in PyeongChang.
ⒸBob Martin for OIS/IOC
By Stuart Lieberman I For World Para Ice Hockey

Norway and Sweden will play on Friday (21 February) at 19:30, Saturday (22 February) at 13:00 and Sunday (23 February) at 13:00 local time at the Jordal Ungdomshall in Oslo. Norway, coached by Espen Hegde and led by star forward Audun Bakke, finished fifth at last year’s World Championships A-Pool.

Sweden, the host of this year’s European Championships, was seventh in the world last year and will look to lean on rising stars in Robin Meng and former able-bodied ice hockey player Maximillian Gyllsten.

Italy and Germany will play on Friday (21 February) at 18:00, Saturday (22 February) at 18:00 and Sunday (23 February) at 9:30 local time at the Wurth Arena Neumarkt in the village of Egna. Italy had a best-ever fourth place finish at the World Championships A-Pool last year and are the reigning European silver medallists.

The Italians, led by a new youthful charge, are coming off a victory at the Torino Para Ice Hockey International Tournament last month, an event that also included Norway and Japan.

Germany, meanwhile, are looking to rebound after failing to medal at their home World Championships B-Pool in Berlin.

“We are looking forward to the trip,” Germany’s head coach Andreas Pokorny said. “It will be three tough games against the Italians. After the home (World Championships B-Pool) it is the first test and the perfect preparation for the upcoming European Championships in Östersund.”

These will be strong test matches for all teams ahead of the European Championships, which take place from 19-25 April in Östersund, Sweden.