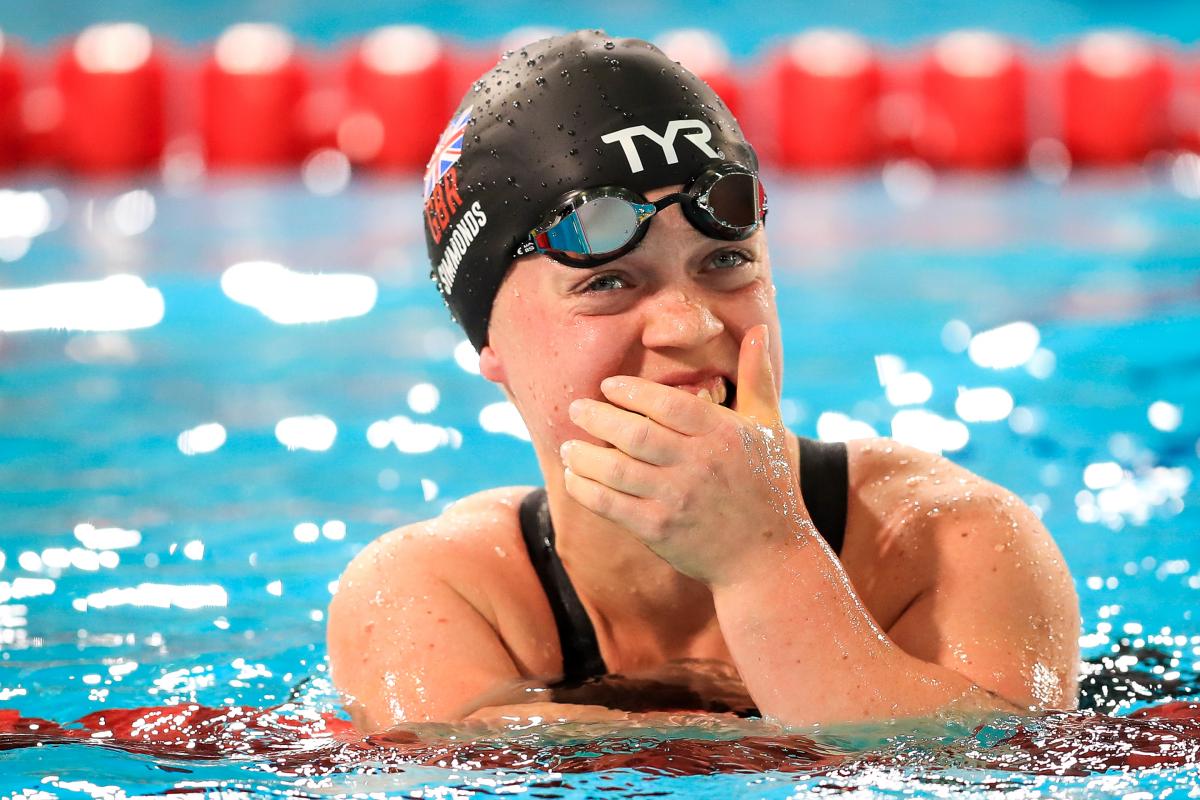 British swimmers got a big confidence boost ahead of September’s World Championships in London as they won five of six gold medals on the second day of the World Para Swimming World Series competition in Glasgow.

Happiest of them all was maybe five-time Paralympic champion Ellie Simmonds, who was close to tears after her 400m final win on Friday night.

Finishing on 5:19.27, less than a second from her personal best, the 24-year-old showed that she means business as she returns to the sport after a gap year of travelling.

”It feels amazing,” Simmonds said. ”I give my life to my sport, so to qualify and to get that time, 5:19, near my personal best, that was a total shock.

”My aim this weekend was just to qualify (for London 2019). Now I just want to cry and I’m just so emotional, so happy. I can’t believe it.”

Her focus is set on the home World Championships in the pool where she trains every day and where she won four medals at the 2012 Paralympic Games.

”Since January, all I’ve done is to focus on my sport and give it everything I’ve got, so for it to finally pay off, it’s really good. I think it’s just hard work and pure grit, I just wanted to get on the team so badly,” Simmonds said.

Jessica-Jane Applegate won the women’s 200m freestyle, hoping that it can qualify her for a return to the London Aquatics Centre where she won gold in her Paralympic debut in 2012.

Finishing a close race just 33 hundreds of a second before Louise Fiddes, who won silver ahead of USA’s Leanne Smith, Applegate said the British medal haul in Glasgow motivated her to go even faster.

”Everyone’s really supportive and I especially love watching the younger group perform. It lifts my spirits as well,” she said.

”Louise did a great race and I’m really happy for that and that spurred me on even more.”

Jordan Catchpole concluded the night of glory for the home swimmers as he beat the Japanese duo of Takayuki Suzuki and Keith Nakajima to the 200m freestyle gold.

”I just gave it my best shot,” Catchpole said.

”I went absolutely max on those first 100m. The last 15m were horrible. I’ve never felt pain like it in my life but I’m happy, it was a good day.”

Cathchpole will have to recover his energy quickly as he is hoping that a good time on his favourite discipline, 100m backstroke, can qualify him for the World Championships.

The event kicks off a third action-packed day of swimming at the Tollcross international Swimming Centre in Glasgow on Saturday morning.