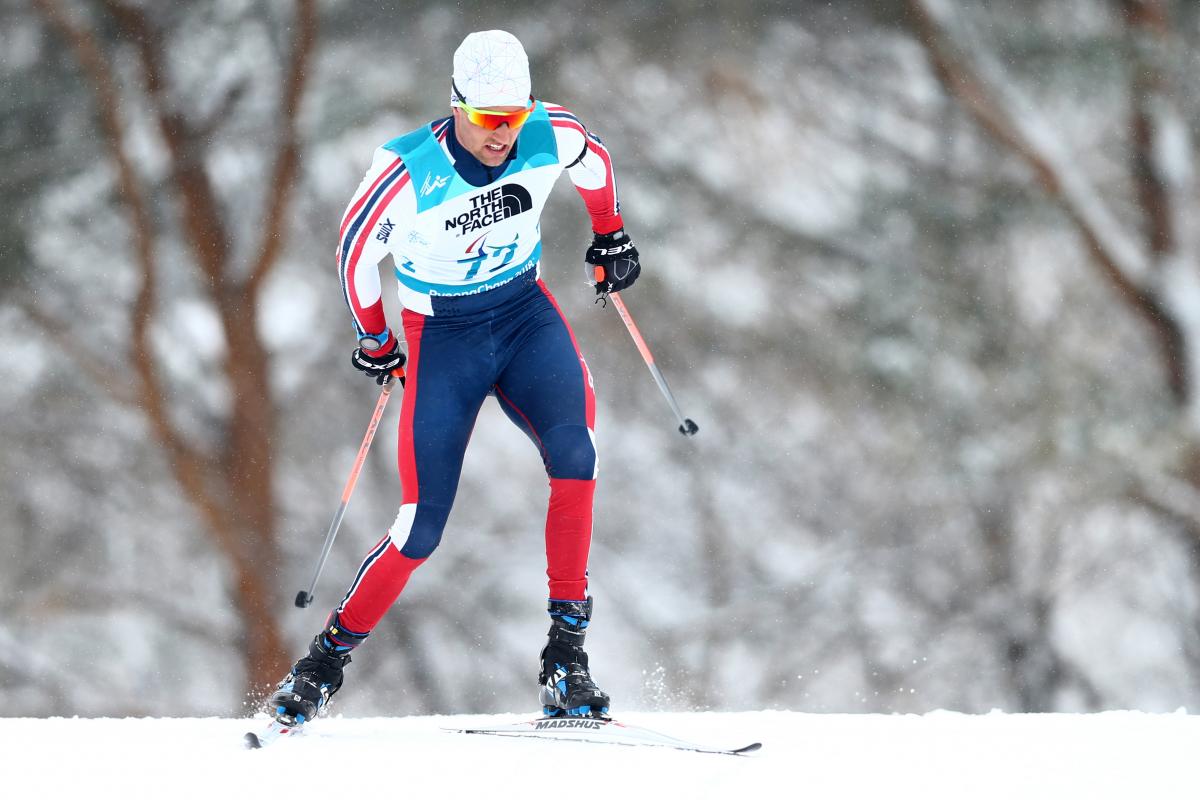 Snow had fallen overnight to set up perfect conditions for the opening day of the Para Biathlon World Championships in Ostersund, Sweden. The sun was beaming, and it all felt just right for Nils-Erik Ulset. The Norwegian thought this had to be his day, the day he would break a seven-year hiatus from the top of any podium.

But instead, he was staring down on his phone. Behind him, organisers were taking apart the nets and dismantling the course.

“We can always race next year,” Ulset said.

The Championships scheduled for 12 March were cancelled due to the COVID-19 coronavirus outbreak. Teams learned the news the night before.

“I was just going to bed when I got the WhatsApp message, and at first I was like ‘What is this?’ We had heard the news from others on our cross-country team who are not here yet, and then after some research we learned that’s the case. Of course when you’re mentally prepared it’s disappointing, but you have to see the bigger picture and that’s more important.”

The news was a blow to Ulset’s season. He had competed solidly in three World Cups, with his best result being third in the sprint at his home competition in Lillehammer. With a silver medal bagged from the 2019 World Championships in biathlon middle distance, the Norwegian was confident he could leave Ostersund with more.

But he will have to wait.

“I’ve been feeling prepared, like ready to fight for a gold medal in every distance,” the 36-year-old said. “Since two days ago I’d been feeling really good. I had the same feeling several Championships ago and knowing I had that feeling again was good.”

Ulset last topped the podium at the 2013 World Championships in Solleftea, Sweden. He won the individual race, but a lot has changed since then.

France’s Benjamin Daviet has gone on to dominate the men’s standing division, sweeping all three biathlon races at last year's Worlds. He also won the middle and sprint races at the PyeongChang 2018 Paralympic Winter Games.

Canada’s Mark Arendz won the individual event in PyeongChang, as Ulset captured the bronze medal. Russia’s ranking leader Vladislav Lekomtsev and Ukraine’s Grygorii Vovchynskyi are other top fighters. Ulset said he felt he had a fighting chance with all of them at Ostersund 2020.

However, Ulset already knows what has led to this feeling.

He has been training with Norway’s International Biathlon Union (IBU) team because there are not enough Para biathletes for him to train with. He already knows his top target: the 2021 World Para Snow Sports Championships in Lillehammer.

“I’ve been training with the IBU team the last three years and that helps, and also having the support staff around me,” Ulset said. “It’s good to have that possibility to train with them and to always get my (butt) kicked. But that’s how you get better.”