With playoff matchups determined, here’s what to watch in the final games at the 2013 IPC Ice Sledge Hockey World Championships A-Pool. 17 Apr 2013
Imagen 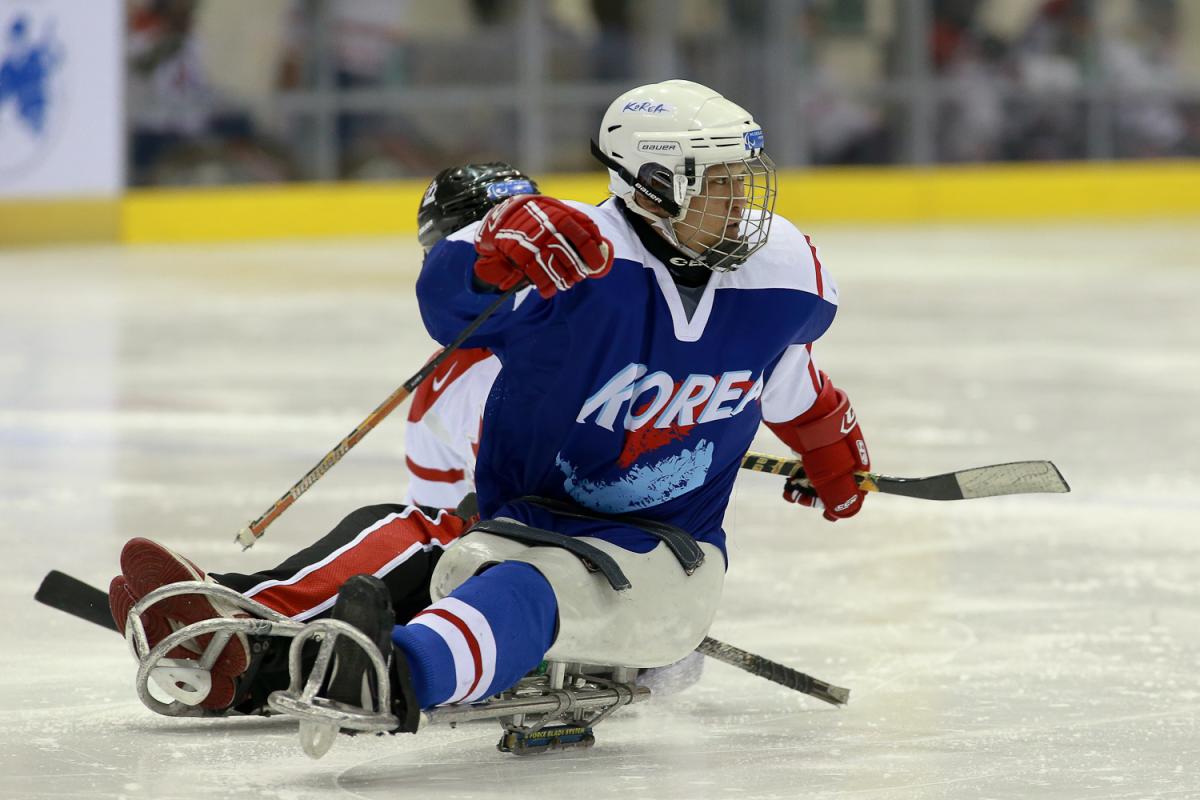 Korea are the host nation of the 2013 IPC Ice Sledge Hockey World Championships.

With the hometown fans backing them and Seung-Hwan Jung looking as speedy as ever on the ice, Korea still have the time to come alive.

1. Will the USA and Canada play for gold for the first time?

Despite being powerhouses in ice sledge hockey, these two North American teams have never met in a Paralympic or World Championship A-Pool gold-medal game. USA are the two-time defending world champions, having won in 2009 and 2012, and also won gold at the Vancouver 2010 and Salt Lake City 2002 Games. Canada won world titles in 2000 and 2008 and gold at the Torino 2006 Games. With both going undefeated in group play in Goyang, and their goalies having to hardly field any pucks, their chance of a gold-medal matchup remains a possibility.

2. What are Russia’s chances of making the podium at their first A-Pool appearance?

Nobody quite knew what to make of the Russians in Goyang, as they’re playing in the A-Pool for the first time. However, Russia proved themselves quickly, winning two of their three group games, including a victory over host nation Korea. With Dmitry Lisov and Evgeny Petrov starring on the ice, we’ll have to sit back and wait to see if they can pull an upset against the USA in the semi-finals.

3. Just how good is the Czech Republic’s defense?

Throughout the 2012-13 season, several players have told Paralympic.org that the Czech Republic’s Michal Vapenka is arguably the best goalie in the game. With a stacked defense that includes Pavel Kubes, Jiri Berger and Tomas Kvoch, there’s not doubt the Czechs have the potential to stop Canada in the semi-finals. They only gave up three goals to the feisty American offense in their final group game, so with another step up they could have the potential to play for gold.

4. Will host nation Korea come alive on the ice?

Last year’s World Championship A-Pool silver medallists and the host nation of this event have yet to win a game. But several of their games have been quite close, including losses to Italy and Russia both by scores of 2-1. With the hometown fans backing them and Seung-Hwan Jung looking as speedy as ever on the ice, Korea still have the time to come alive.

5. Who will get the fifth and final Sochi 2014 direct qualification spot?

Four teams will play for the last Sochi 2014 qualification spot available at these Championships: Italy, Korea, Norway and Sweden. Only one of the four will directly qualify, though the other three will still have the opportunity to make a push at the Paralympic Qualification Tournament later this year.