With the European Championships under three months away, Aled Davies says he’s ready to break the 50m barrier this summer. Italy’s Martina Caironi and South Africa’s Ilse Hayes are also aiming for round number this season. 02 Jun 2014
Imagen 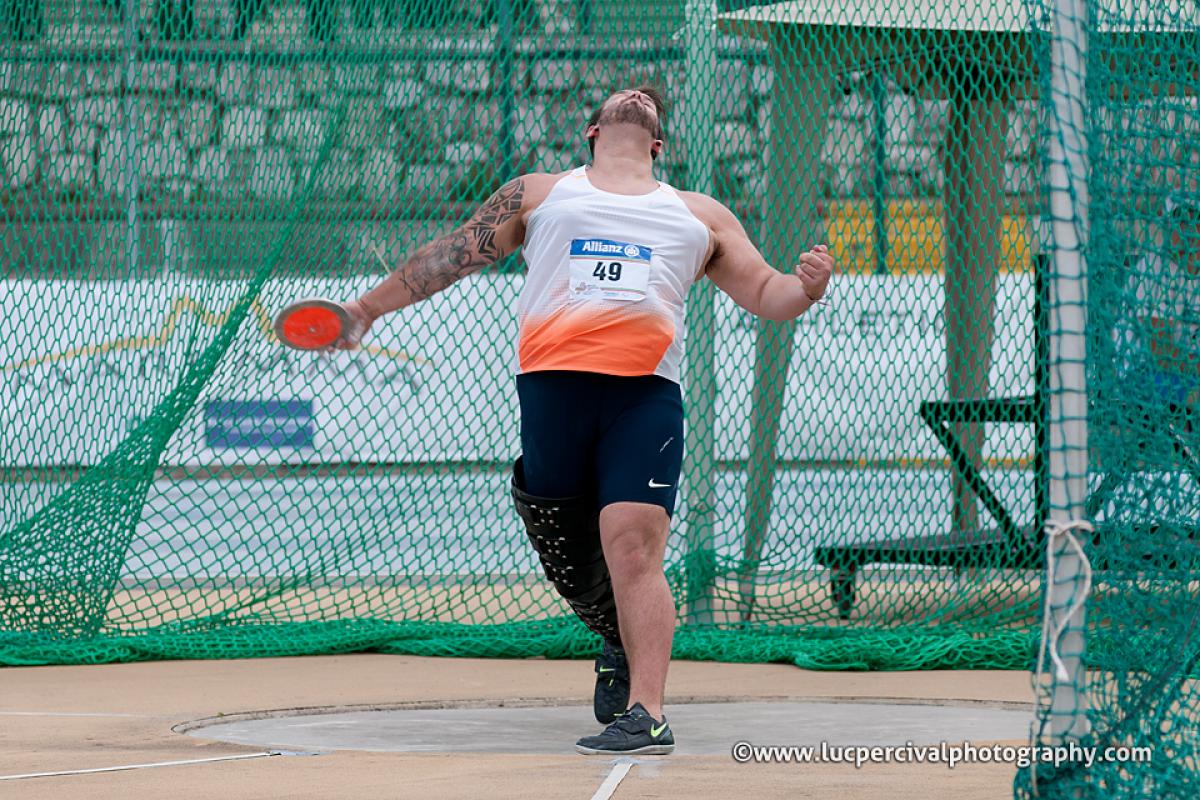 “I’m looking forward to beating 50m this year. I know I can do it. I’ve done it in training. It’s just delivering when it matters.”

On Thursday (29 May), Davies, the world and Paralympic discus champion, had stood top of Mount Snowdon, Wales’ highest peak, as part of his involvement with the Queen’s Baton Relay in preparation for the Glasgow 2014 Commonwealth Games.

As a result he only made it to Grosseto late on Friday night, yet despite the fatigue was still able to smash Fanie Lombaard of South Africa’s 12-year-old world record of 47.85m.

“It’s been a long day for me, but I still managed to pull out a world record, so I’m very happy with that. It’s nice to know that even with the fatigue, there’s a lot more in the bag,” said Davies who will also compete at June’s IPC Athletics Grand Prix in Berlin, Germany.

“It’s nice because we’ve changed so much over the winter training-wise and technically as well, so we need to keep pushing those barriers.

“I’m looking forward to beating 50m this year. “I know I can do it. I’ve done it in training. It’s just delivering when it matters,” added Davies, who will go head-to-head for European gold in Swansea with his Luxemburg rival Tom Habschied.

In the women’s 100m T42/43/44, Italy’s T43 athlete Guiseppina Versage had the fastest time, but her teammate Martina Caironi, the double world and Paralympic champion, ran 15.26. It was just 0.08 seconds outside her own T42 world record set last June in Rome, Italy and her first sub 16 seconds run of the season.

“At the IPC Grand Prix in Beijing, I ran really bad. I thought that I was ready, but I wasn’t,”” said Caironi who will look to defend her 100m European title at Swansea 2014.

“I’m happy with my time today. I hope to break my world record next time. My goal for Swansea is to set 15 seconds in the 100m or maybe less. I noticed that it’s not so easy. I thought it was easy, but it’s not. So I like the challenge.”

In winning the 100m in 12.04, Hayes, who set a new African record at the last Grand Prix in Nottwil, Switzerland, was just 0.05 seconds off Cuban Omara Durand’s world record. She now hopes to break the world record at June’s Grand Prix in the German capital.

“It’s always nice for your confidence to be consistent,” said Hayes who is the 100m Paralympic and world silver medallist. “”I don’t think I’ve ever been in the position where I’ve ran four races and all of them are season’s bests and personal bests.

“I’m really privileged to have a great season like this. I’ve been injury free for a while. I had a bad year last year. I hope this is only the beginning of big things.”

“We worked out the programme so I’d peak there. [In the next weeks] I’ll have high intensity sessions, good recovery and a longer tapering period to be prepared for that race.””

The morning saw a stretch of 1,500m races. Switzerland’s Alexandra Helbling (3:47.74) pushed ahead of the pack to win the women’s T53/54 version whilst Denmark’s Ebbe Blichfeldt (3:15.08) took the men’s equivalent in an exciting finish.

Competition will continue at the IPC Athletics Grand Prix in Grosseto on Sunday. For the latest updates on the competition which is supported by IPC Athletics international partner Allianz, please follow @IPCAthletics and see the full results page. 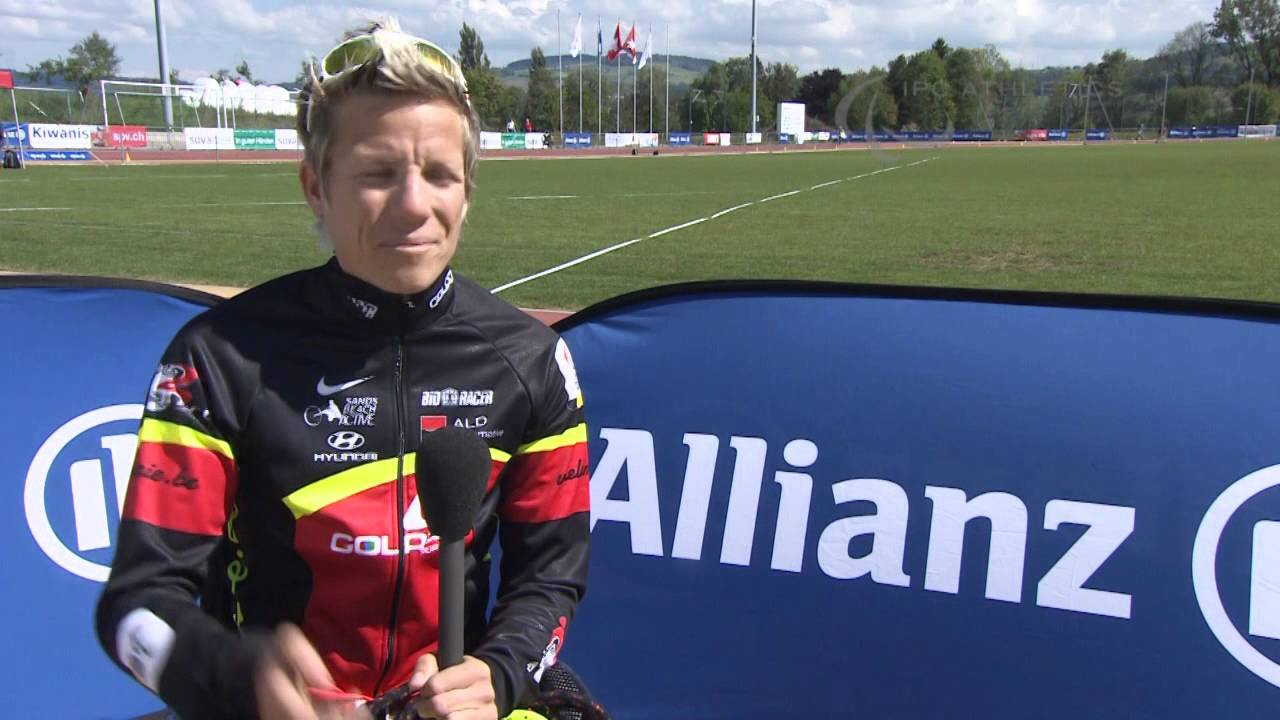 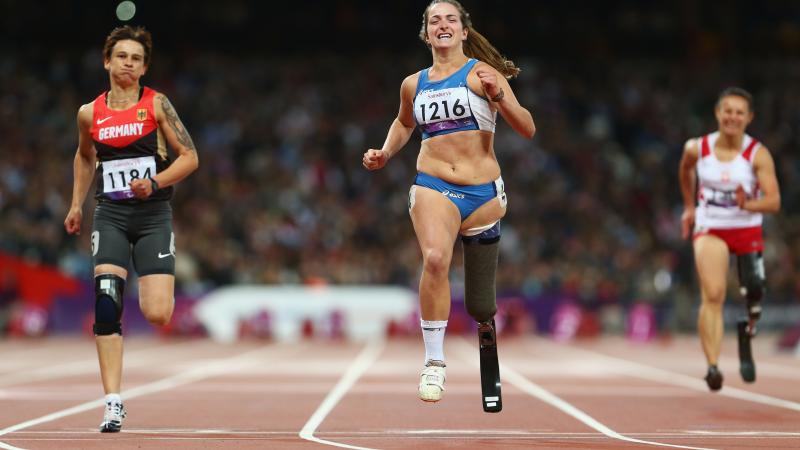