Italian world champion Caironi hoping this weekend's Grand Prix can improve her form ahead of August's Europeans. 30 May 2014
Imagen 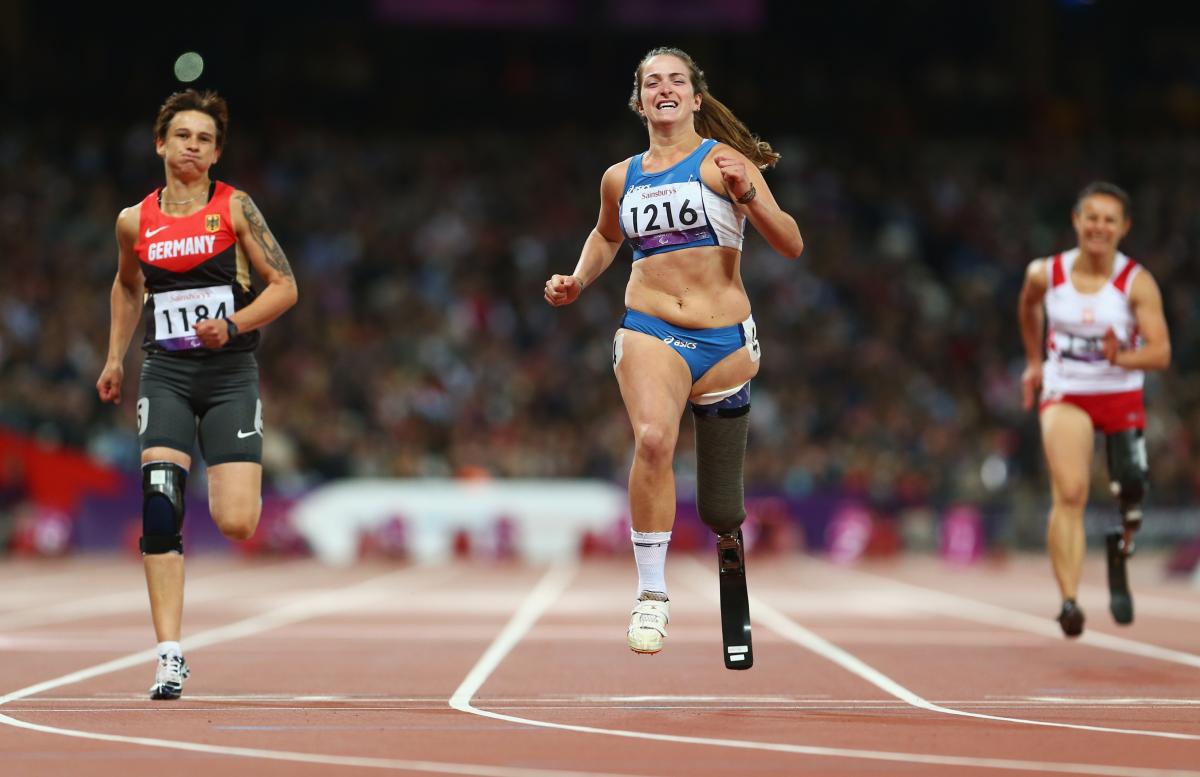 ⒸGetty Images
By Justic Rice | For the IPC

“In life you can never foresee something for sure. There could be something that you had never expected, something like my accident that took away my leg. You can rise up after that, you can get up again and find something beautiful that you didn’t know.”

Just over a year since she broke the 200m world record in Grosseto, Italy, home favourite Martina Caironi will return to the Carlo Zecchini Olympic Stadium this weekend (30 May-1 June) for the IPC Athletics Grand Prix, hoping it can act as a catalyst ahead of August’s European Championships.

After making a name for herself over the last two years, Caironi has been sharing her story with others and recently gave a TEDx Talk in her hometown of Bergamo.

“The TED Talks are motivational moments in which people from different fields talk about an idea,” said Caironi who broke onto the scene at the 2012 IPC Athletics European Championships winning 100m T42 gold and long jump F42-46 bronze.

“For me it was really touching and my parents were there in the auditorium, crying and smiling. I could talk about a personal idea deriving from my experience.”

Her talk focussed on “The Variable X” and her 2008 motorbike accident.

“In life you can never foresee something for sure. There could be something that you had never expected, something like my accident that took away my leg. You can rise up after that, you can get up again and find something beautiful that you didn’t know.”

This weekend Caironi is looking to improve on her 100m and 200m times ahead of the IPC Athletics European Championships in Swansea, Great Britain, which takes place between 18 and 23 August.

She also admits her long jump is still a work in progress, despite the fact it is an event she is the world champion in.

“I’m not yet ready to improve my long jump distance, but I’ll try to do my best,” said Caironi who will compete against two other Lyon finalists this weekend - Turkey's Dilba Tanrikulu (F46) and Iceland's Matthi Thorsteindottir (F37).

One opponent she will not face this weekend, but is likely to pose a big threat to her European ambitions in Swansea is Vanessa Low.

“I know that she is in the States now so I can understand her choice,” Caironi said of Low. “I’m sure that our meeting in Swansea will be even more exciting!”

Around 340 athletes from 32 countries will be competing in Grosseto, the sixth in a series of nine IPC Athletics Grand Prix that will climax in Birmingham, Great Britain, this August.

For the latest updates from the Grosseto Grand Prix which is supported by IPC Athletics international partner Allianz, please follow @IPCAthletics on Twitter, whilst live results can be found at the events page.