The 25-year-old is the first cyclist to represent her country in any UCI World Championships. 19 Aug 2015
Imagen 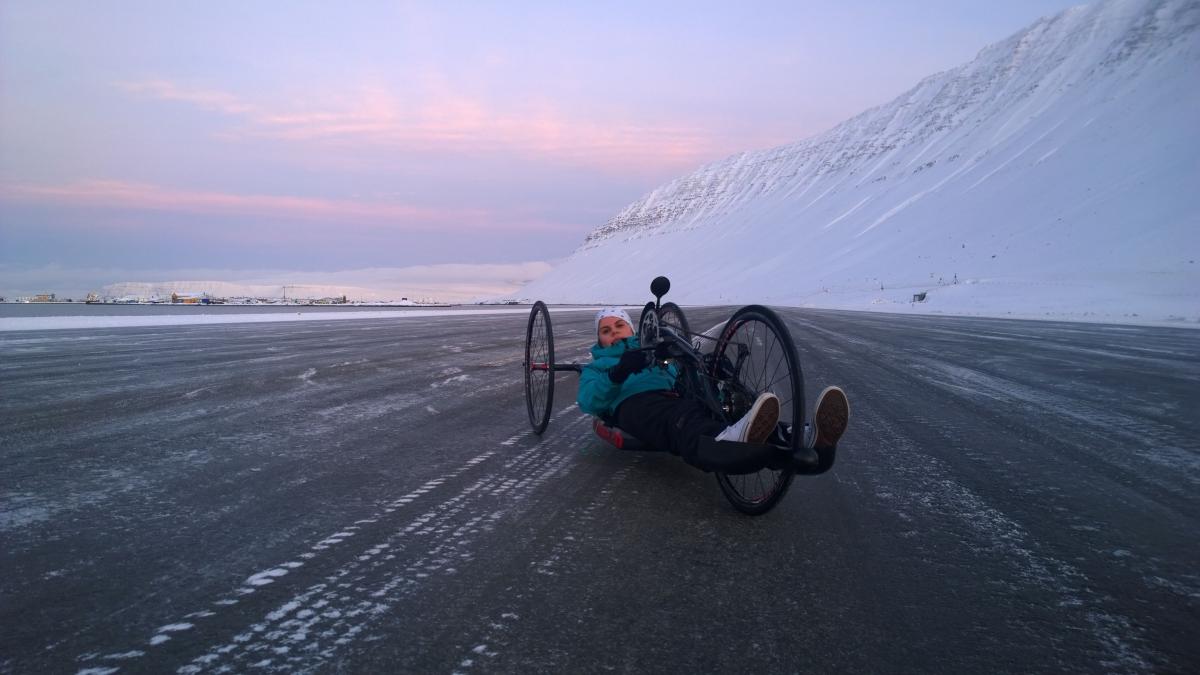 Arna Albertsdottir was the first cyclist, able-bodied or not, to represent Iceland in any UCI World Championships.

“The bike is in my living room for at least six months of the year. Luckily my dad works at an airport, and as there are only two flights a day. I sometimes get to ride the runway.”

When Arna Albertsdottir lined up on her handbike at the start of the UCI Para-Cycling Road World Championships, she was already making history. At 25-years of age, she is the first para-cyclist from Iceland to ever compete in the World Championships, which were held 29 July – 2 August in Nottwil, Switzerland.

In fact, she is the first cyclist, able-bodied or not, to represent her country in any UCI World Championships.

A provisional member of the UCI since June, the Icelandic Cycling Union will become a full member at the UCI Congress in September. It is therefore eligible to send representatives to UCI World Championships.

Handbikes few and far between

“I was so nervous but also very excited,” said Arna after the time trial. “I’m the only one in Iceland who handbikes competitively. There are probably 10 handbikes in the whole country and I own two of them.”

Although she would have liked to perform better in Nottwil, she could hardly be disappointed considering she had recently undergone major surgery and also considering the path she has forged until now.

A skiing accident in 2006 left Arna in a wheelchair. Four years later, feeling the need to start practising sport again, she researched her options. They were limited, given she was living in a small town where she was the only person with a spinal cord injury.

“I thought of swimming but the swimming pools were not accessible with a wheelchair,” she said. “Then I went on the Internet and found out about handcycling. You couldn’t buy a handbike in Iceland so I ordered one. I didn’t know anything.”

Arna started competing in half-marathons and marathons on her new machine and was immediately won over: “I love being out in my handbike. It makes me feel good. It’s what I live for. I like having goals. Even when I go somewhere in the car I’m always thinking ‘this would be great on my handbike’.”

Between six and eight months of the year, it is difficult to train outside due to the country’s harsh weather conditions.

Training at the airport

“The bike is in my living room for at least six months of the year,” she said. “Luckily my dad works at an airport, and as there are only two flights a day. I sometimes get to ride the runway.”

The runway may be free of snow and ice, but the temperature remains well below zero. She is not deterred.

“It’s so nice to go outside when you’ve had to train indoors for so long,” Albertsdottir said.

Albertsdottir now has a personal trainer who writes up her schedule and who she meets three times a week for strength training. As far as the technical and tactical side of riding goes, she is much on her own. The same goes for mechanical issues. As nobody sells handbikes in Iceland, she must order spare parts.

“But Google can only get you so far,” she noted.

That is why she said she appreciated her time in Nottwil, in particular the morning that the Swedish team invited her to go training with them.

“I learn so much when I ride with other handcyclists,” Albertsdottir said. “I watch how they take turns, their cadence, everything. I know I take the corners too slow. I also know I can’t get really good yet but it just makes me want to do better.”

At the beginning of 2016, she plans to travel somewhere warmer to train, preferably with other handcyclists. Her aim is to participate in UCI World Cups, World Championships and Paralympics – if not Rio 2016, then Tokyo 2020.

She also hopes that others in her country will follow her footsteps. She serves on the board of an organisation for people with spinal cord injuries and would like to motivate some potential para-cyclists.

“The training is just one part of it and all the research is another,” Albertsdottir said. “I have done all that so maybe it would be easier for some people who want to take up handcycling. Cycling in general is becoming really big in Iceland and I would like to see para-cycling follow.” 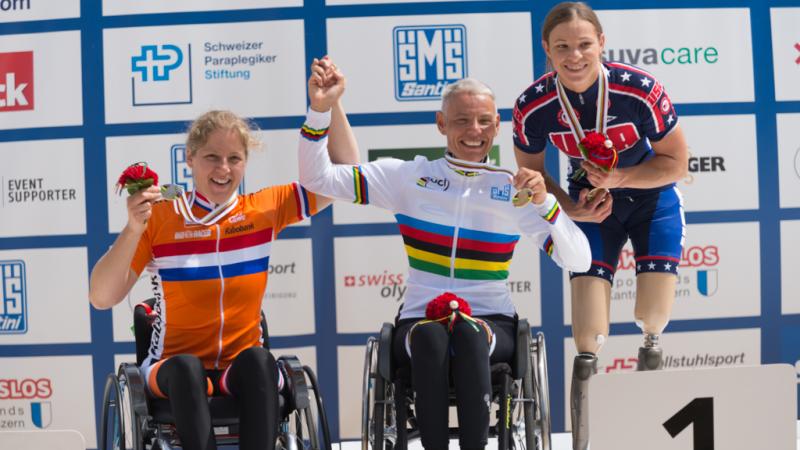