The double Paralympic champion tells us about where he likes to take vacation. 02 Apr 2017
Imagen 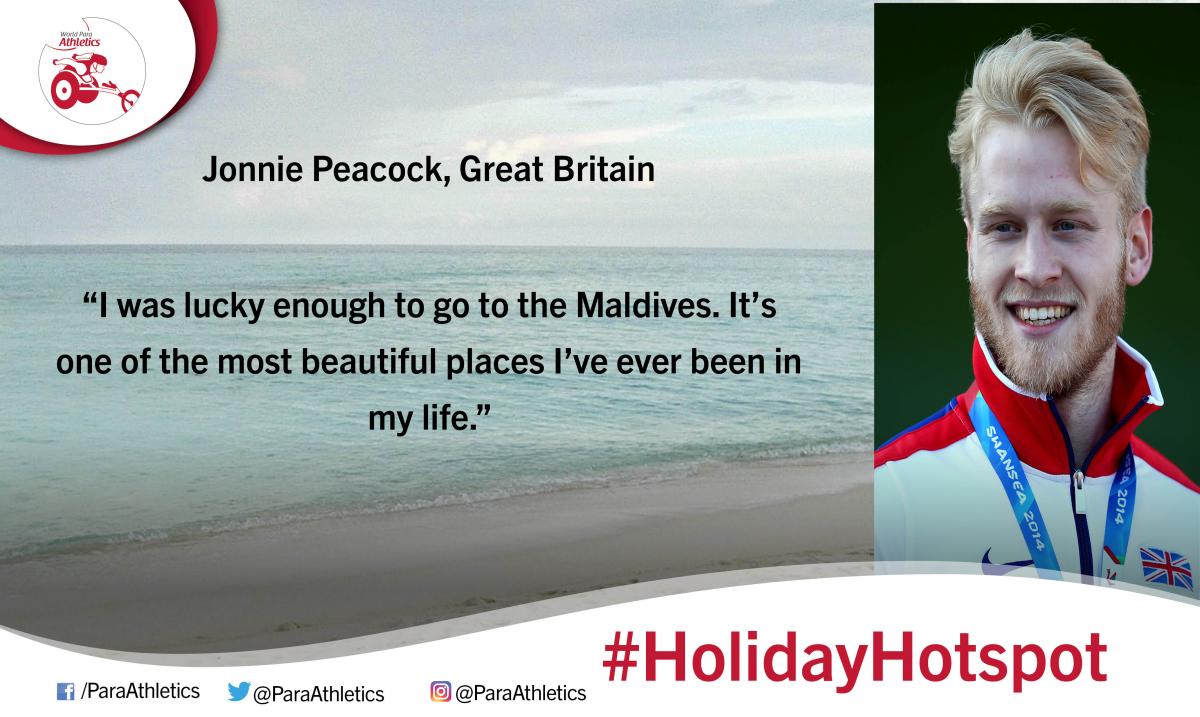 This week’s Holiday Hotspot comes from British T44 sprinter Jonnie Peacock, who will return to the scene of his London 2012 triumph this summer hoping to add yet another major title to his collection.

This year’s race, as Peacock strives to retain the world title he won in 2013, is set to be as thrilling as ever. But when he gets a chance to relax, where does he go?

“I was lucky enough to go to the Maldives. It’s an amazing place and pretty idyllic. The stars at night, the sea and the fish. It’s just calming, not having to do anything and having nothing to worry about. It’s perfect for staying chilled out and relaxed. It’s secluded; a little island away from the world’s worries. It’s one of the most beautiful places I’ve ever been in my life. If I could ever go back it would be amazing.

“That’s a difficult one. It’s more a case of not bringing things and not replying to emails. I suppose sunscreen to stop me getting so burned, being the lovely pale person I am!

“I do have to bring a pair of shorts in case I want to go to the gym. I do get a bit antsy sometimes if I haven’t done something. One of the best things about being an athlete is being able to go to the gym in off-season and lift any weight you want, and not being told you can’t lift certain weights.”

Peacock is likely to line up for Great Britain at the London 2017 World Para Athletics Championships between 14-23 July. To buy tickets click here.

Athletics
Ten Brits to look out for at London 2017