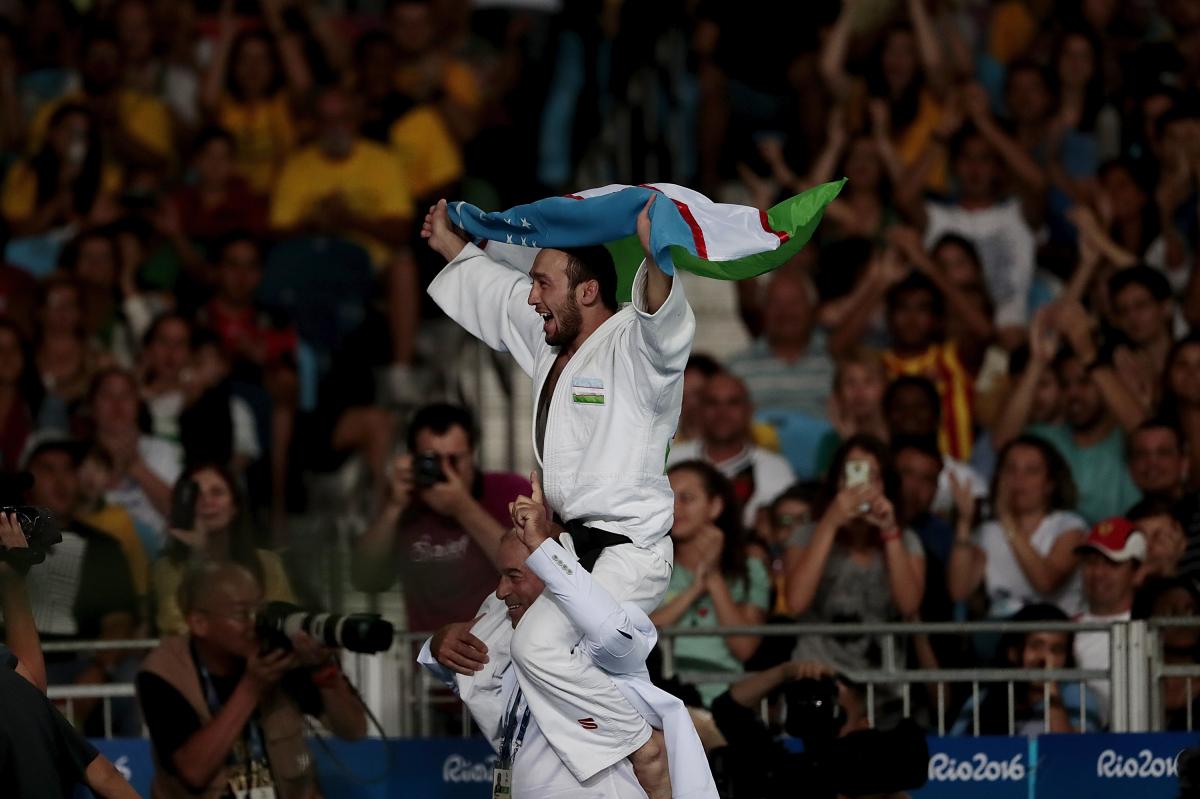 Uzbekistan was the surprise nation in the judo competition at the Incheon 2014 Asian Para Games topping the medal table with a total of 10 medals, seven of which were gold.

This was a huge improvement on their performance at the 2010 Asian Para Games in Guangzhou where they were seventh on the medal table.

They showed that it wasn’t a one-off when they took two gold medals at the Rio 2016 Paralympics.

Namozov Sherzod claimed the top spot in the men’s up to 60 kg category and Nigmatov Utkirjon joined his countryman in topping the podium in the nen’s up to 66 kg event.

Other two Rio 2016 Paralympic gold medallists will be in action in Jakarta: South Korea’s Choi Gwanggeun (men’s up to 100kg) and China’s Li Liqing (women’s up to 48kg).

Japan with one silver and three bronze and Mongolia (one bronze) were the other Asian countries to reach the podium at the last Paralympic Games.

At Incheon 2014, judokas from Iran, Japan, Thailand, India and Kazakhstan also made the podium and will be trying to ensure that the Uzbekistan, Chinese and Korean teams don’t have things all their own way.

Overall 114 athletes from 16 countries will compete for 15 medals. The competition will take place at the JI Expo Grand Ballroom over four days.

The 2018 Asian Para Games kick off on 6 October and runs until 13 October.