With 102 days to go, the volunteering programme for the 2014 IPC Athletics European Championships in Swansea is picking up pace. 08 May 2014
Imagen 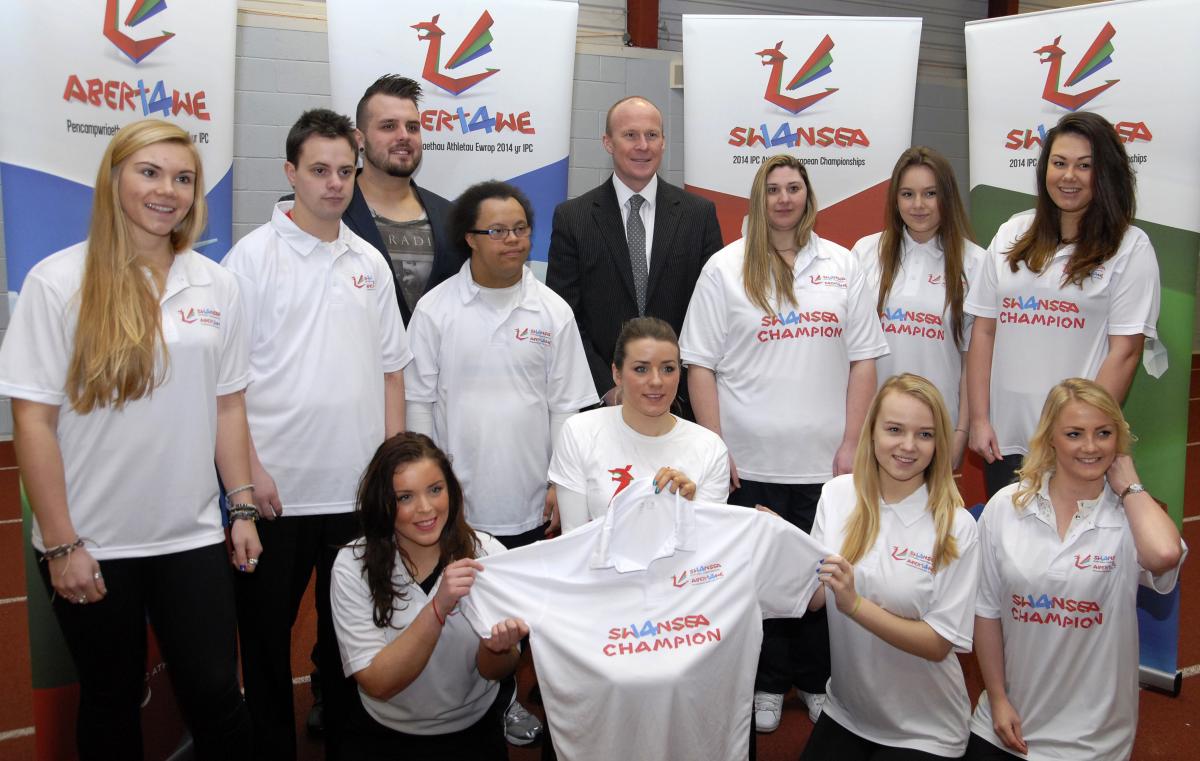 Paul Thorburn, Aled-Sion Davies, Josie Pearson, with the first Swansea Champions to sign up including volunteers from the Young Ambassadors programme and Special Olympics GB.

The first volunteers for the 2014 IPC Athletics European Championships, have been recruited.

The event will be held in Swansea, Great Britain, from 18-24 August, and will feature Europe’s finest para-athletes, following the Glasgow 2014 Commonwealth Games. It is by far the biggest sporting event ever to be hosted in Swansea.

Spectators can already buy tickets for the event, which will give them the chance to watch some of the stars who medalled at the London 2012 Paralympic Games up close at the competition venue: Swansea University's International Sports Village.

Volunteers for the event will be known as 'Swansea Champions', and they will play a vital role in the smooth delivery and success of Swansea 2014.

Some of the Swansea Champions are Young Ambassadors, a movement initiated by Sport Wales to empower and inspire young people to become role models and leaders through sport.

"Volunteering at the Championships is an amazing one-time experience to witness world-class sport up close,” said Platinum Young Ambassador and YA Equality Champion, Molly Davies-Briskham, who was named as one of the first 'Swansea Champions'.

“For the people of Swansea it's a brilliant opportunity to showcase the best of Swansea's sporting ability, facilities and our unique sporting city!"

All of the volunteers will be given some free training for their roles depending on what they are going to be, as well as getting the opportunity to experience the buzz of an international athletics event.