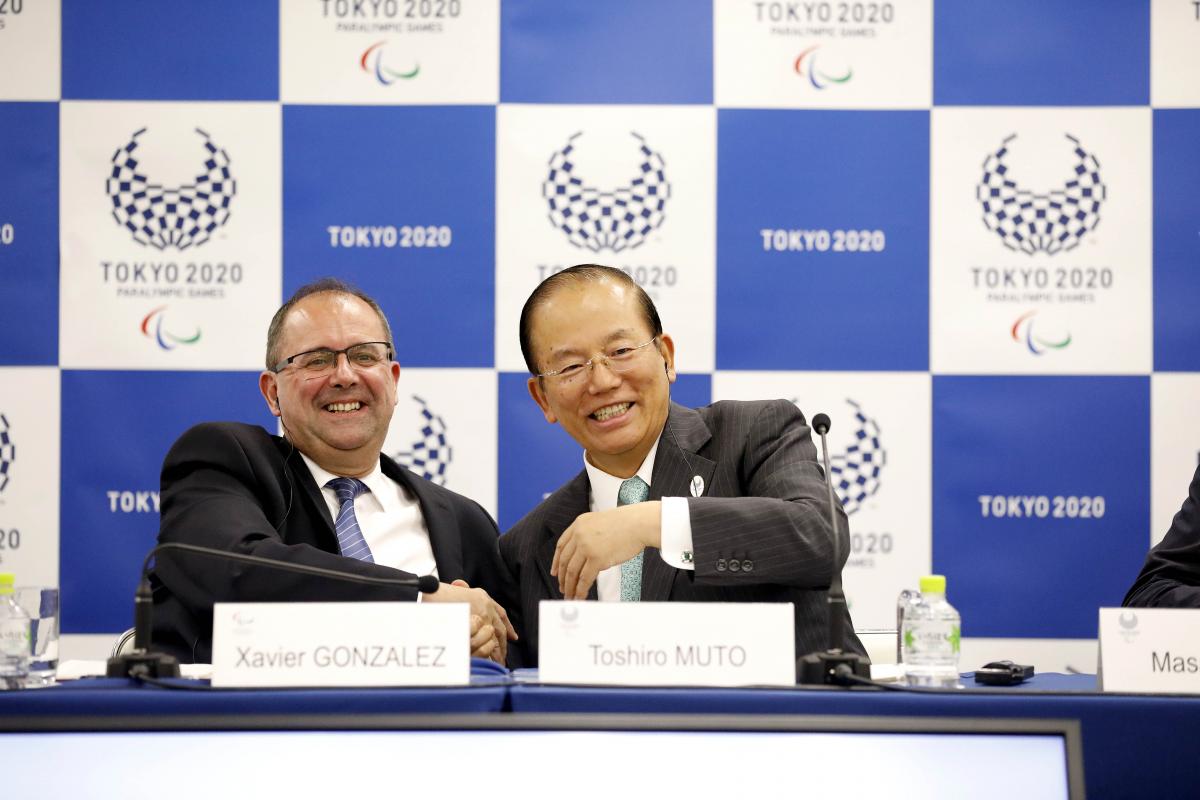 “Tokyo 2020 is now entering a critical phase. After years of planning on paper, the final two years is all about turning plans into actions. As a result, the workload increases as do the pressure levels which will steadily start to rise each day until the Opening Ceremony."

The International Paralympic Committee (IPC) has urged the Tokyo 2020 Organising Committee to finalise its Paralympic budget to ensure that it can stage a spectacular Paralympic Games in just over two years’ time.

The call comes following the conclusion of the fifth IPC Tokyo 2020 Project Review held from 17-18 May.

During two days of meetings the IPC was updated by various functional areas within the Organising Committee on preparations for the next Paralympic Games. Overall, the IPC remains impressed at Tokyo 2020’s progress.

Xavier Gonzalez, the IPC’s Chief Executive Officer (CEO), said: “Our excitement and expectation levels for what can be delivered here in 2020, especially in terms of social inclusion, have increased further during our short time here.

“Tokyo 2020 is now entering a critical phase. After years of planning on paper, the final two years is all about turning plans into actions. As a result, the workload increases as do the pressure levels which will steadily start to rise each day until the Opening Ceremony.”

Although making good progress, the IPC did highlight two key issues for Tokyo 2020 and its stakeholders to try and address – Paralympic budget and accessible hotel rooms.

Gonzalez said: “The biggest issue we currently face with Tokyo 2020 is the Paralympic budget. We fully appreciate and endorse the need for the Organising Committee to reduce its overall budget by making efficiencies and reducing costs where need be.

“However, during this exercise there remains a lot of uncertainty regarding the Paralympic budget. We need greater clarity from the Organising Committee on Tokyo 2020’s operational costs relating to the Paralympic Games in order to greater understand where cost savings can and should be made.

“Having experienced the Rio 2016 Paralympic Games where the Organising Committee faced a number of significant financial issues, we are now in a much stronger position to work with Tokyo 2020 to identify areas for cost savings that do not impact on the overall athlete and Games experience. The starting point for this however has to be the production of a detailed Paralympic budget.”

At the last IPC Tokyo 2020 Project Review, held in October 2017, the IPC shared its concerns about the lack of accessible hotel rooms in the Japanese capital. The IPC was updated on progress made so far by Tokyo 2020 and its partners.

“Both the national government and Tokyo Metropolitan Government (TMG) have shown a great desire to improve the situation relating to accessible hotel rooms introducing new legislation and launching a subsidy programme to assist accessibility,” Gonzalez said. “The IPC is thankful for these measures and hope they can have a real impact not just here in Tokyo, but across Japan.

“In the short-term, we are working with Tokyo 2020 and the hotel providers to address the immediate accommodation needs for the Paralympic Games.”

Tokyo 2020 CEO Muto said: “This summer finally the mascots will be launched and it’ll be two years to go to the Paralympic Games. We’d like to take maximum advantage of these opportunities to work on creating a ground swell of interest in the athletes, sports, and the Games themselves.

“We will continue to cooperate with the IPC, TMG, National Government, JPC, sponsors, and other stakeholders to make a nationwide effort to proceed with the preparation for the Games.”

The sixth IPC Tokyo 2020 Project Review is scheduled for October 2018. The Tokyo 2020 Paralympic Games will take place between 25 August and 6 September.