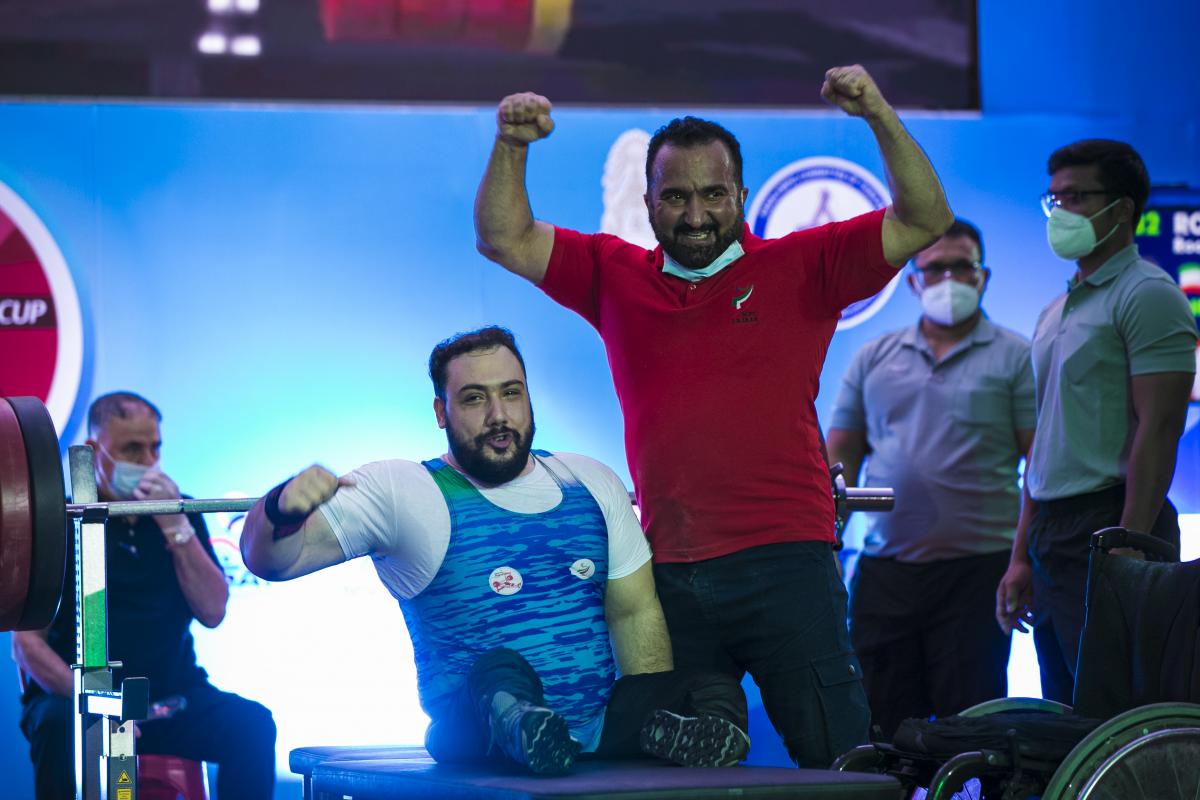 Iranian Roohallah Rostami stole the spotlight at the season’s third World Para Powerlifting World Cup in Bangkok, Thailand, as he lifted 241kg to break the men’s up to 80kg world record on Friday (7 May).

After few seconds of silence, judges confirmed Rostami’s world record, with the Iranian star effusively celebrating with his coach and helping his country’s end the competition top of the medal standings with an overall five golds and two silvers.

He was followed in the podium by Georgia’s Ahmad Razm Azar, who has reached the podium in all three World Cups of the year, having taken gold in Manchester and silver in Bogota before.

This was the first time Thailand staged a powerlifting World Cup, with competition running between 6-8 May and gathering 54 athletes from nine countries.

Malaysia’s world champion Bonnie Bunyau Gustin won the men’s up to 72kg following a successful 226kg lift in the third round. He aimed even further and tried to break Rostami’s world record in this category but failed in his fourth lift.

Iranian Saman Razi also attempted to break the world record after securing gold in the men’s up to 107kg, but could not repeat Rostami’s feat.

Hosts Thailand had a reason to celebrate gold in the men’s up to 59kg through Amorntep Pongsao.

There was not room for surprises in the remaining male competitions. Iranian Worlds medallists Amir Jafari Arangeh (up to 65kg), Seyedhamed Solhipouravanji (up to 97kg) and Mansour Pourmirzaei (over 107kg) dominated the stage in their respective categories.

Turkey and Indonesia both took three golds across female competitions on Thai soil.

European junior champion Besra Duman of Turkey won the up to 55kg category with a 124kg lift, while compatriot Sibel Cam improved her personal best by lifting 125kg to win the women’s up to 73kg.

Another Turkish winner was Yasemin Ceylan Baydar in the women’s up to 61kg category after defeating Thailand’s Hat Motnok and Phikul Pholto on her way to gold.

At the same time, Indonesia’s enjoyed success courtesy of Rio 2016 Paralympic bronze medallist Ni Nengah Widiasih, who claimed top stop in the women’s up to 41kg.

Nur-Sultan 2019 Worlds bronze medallist Siti Mahmudah won the women’s up to 79kg, while teammate Sriyanti Sriyanti took first in the women’s over 86kg with a 133kg lift.

All results from Bangkok can be found on the World Para Powerlifting website.

The World Cup season’s next stop is Tbilisi, Georgia, from 20 to 23 May. 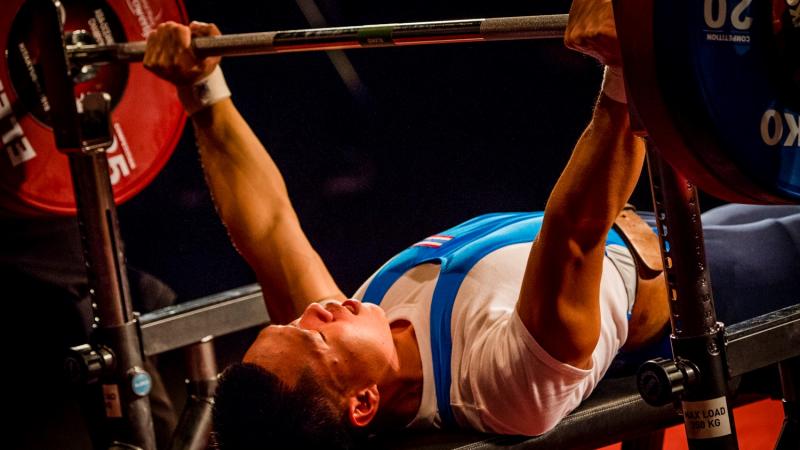