The hosts take victory over Norway whilst Canada secure an 8-0 win over South Korea at the ice sledge hockey clashes in Torino, Italy. 08 Dec 2015
Imagen 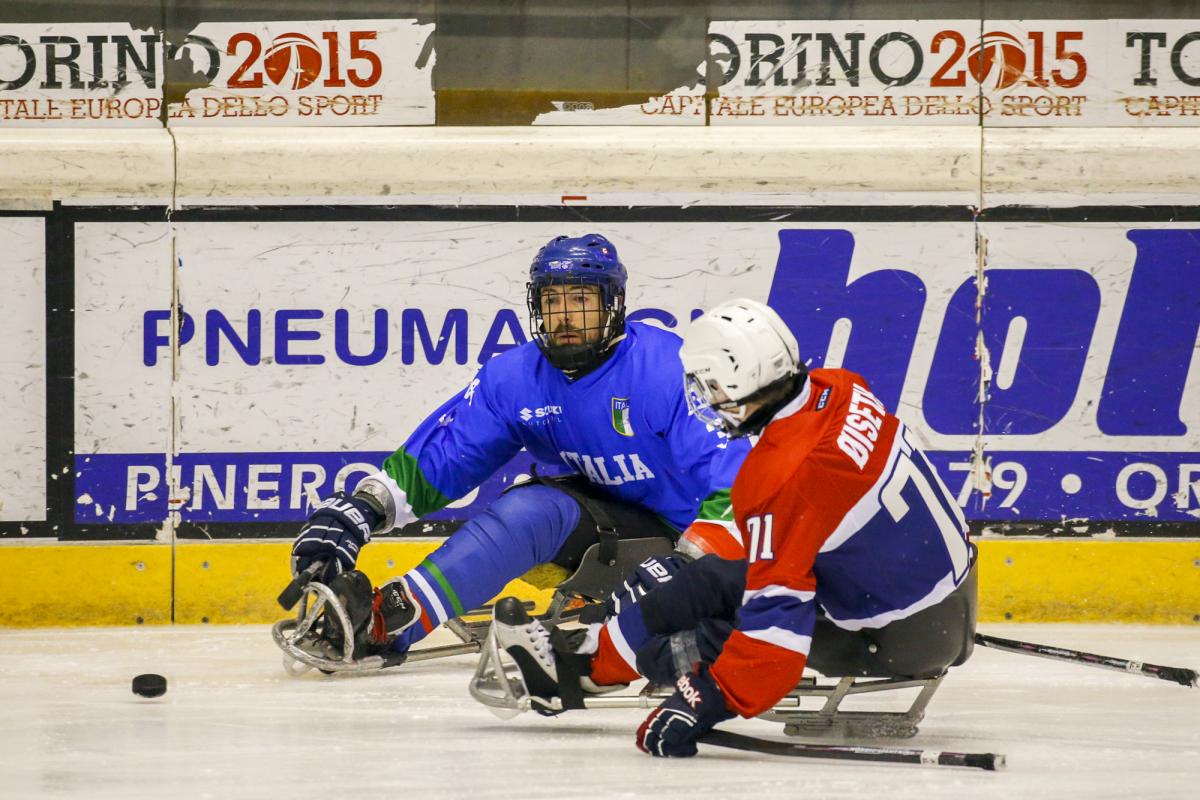 The hosts Italy take victory over Norway on the opening day of the Torino 2015 international ice sledge hockey tournament.

Italy took the lead at the top of the table alongside Canada on Monday (7 December) on the opening day of the Torino 2015 international ice sledge hockey tournament at the Palatazzoli ice rink.

This was the first meeting of the season for the Italian team since securing their best ever finish with fifth at the A-Pool Worlds in Buffalo, USA.

The hosts arrived in Torino marred by injuries and missing players, relying on young blood to fill the gaps.

Triple Paralympian Greg Leperdi made the first move, collecting a loose puck in front of the Norwegian goal to score despite carrying a broken finger.

Italy came close to doubling their score several times in the second half of the match. Valerio Corvino took a shot followed by Leperdi during the powerplay, Corvino once again and Gianluigi Rosa.

Opening the third period, Florian Planker took a shot from distance but could not convert before Norway’s Emil Sorheim levelled the match after five minutes.

Italian forward Nils Larch responded immediately, taking the lead and sealing the win for his team.

"I played for some time and the impact against a good team like Norway was definitely positive," said Italian coach Massimo Da Rin. "I'm glad for the benefit of everyone, from the young to the more experienced. Tomorrow against Canada will be a very difficult undertaking, but I'm confident because we can contain them playing as we are.”

It was an intense match-up in which Canada relied on speed, better circulation of the puck and maximum precision in finishing.

In the few seconds after the puck dropped Billy Bridges took the opening goal for the Canadians.

From then on Canada maintained control of the game, creating several chances and scoring through captain Greg Westlake, who won Paralympic gold on the same rink in 2006, Brad Bowden, Rob Armstrong, Tyler McGregor and Adam Dixon. 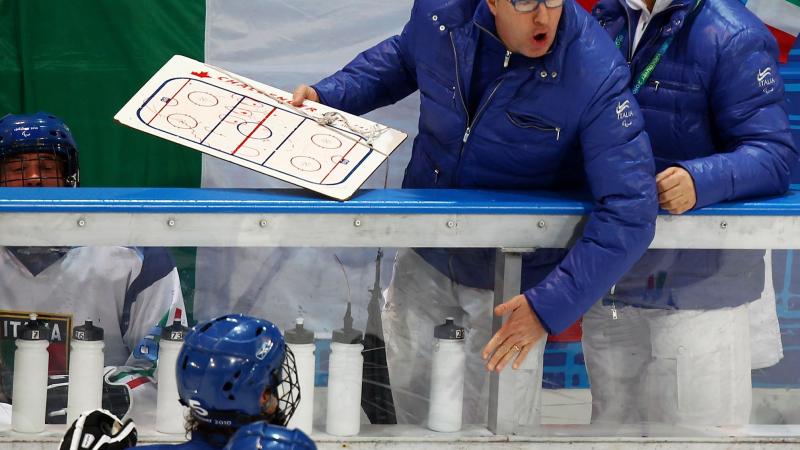