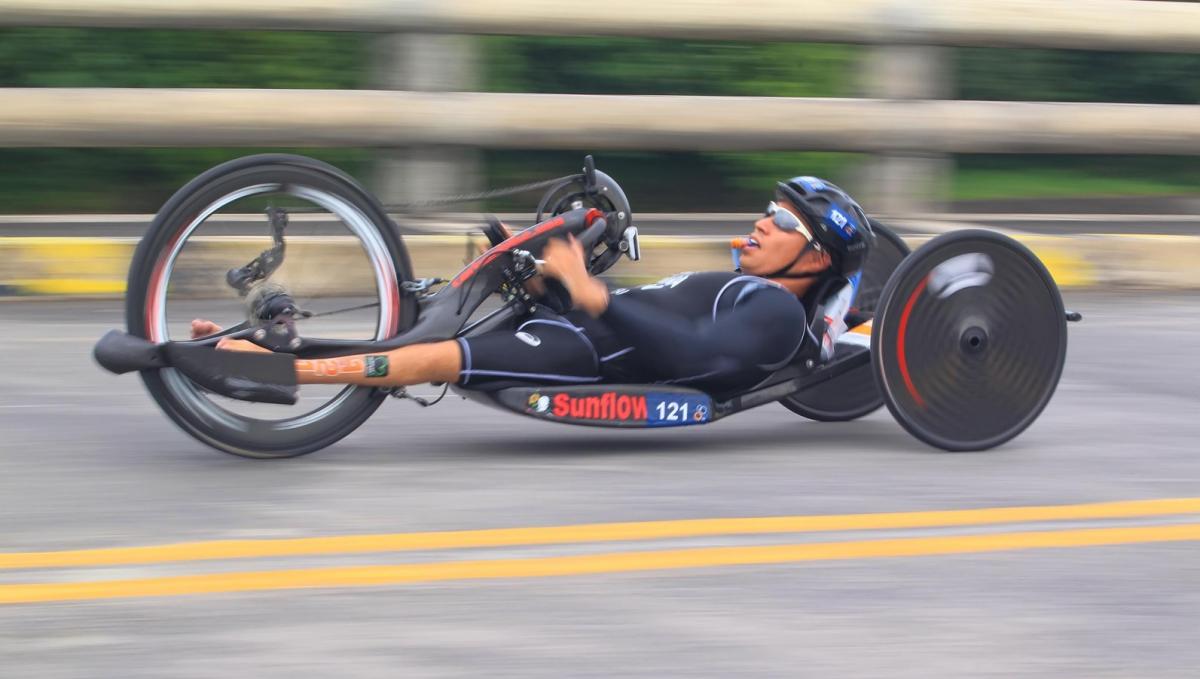 Japan were the big winners at the Asian Para Triathlon Championships, claiming six of the eight gold medals offered as competition concluded on 10 August in Legazpi City, Philippines.

Four of those events featured an all-Japanese battle for the top prize, with a close call especially in the men’s PTS5 category. Tetsuki Kaji (1:04:40) will remember his first career victory after holding off compatriot Keiichi Sato by five seconds. Despite slower times in the swim and run segments, Kaji was slightly quicker on the bike and more efficient in his transitions. His other podium finish this year was second at the World Cup in Magog, Canada. South Korea’s Jong Kwan Kim completed the top three.

The men’s PTVI and PTS4 were the only events a Japanese athlete did not win.

China’s Jiachao Wang (1:04:25) was the other non-Japanese victor, finishing ahead of Japan’s Hideki Uda and Kyrgyzstan’s Nurbek Toichubaev respectively.

Japan’s Kenshiro Nakayama was in control from start to finish in the men’s PTS2 to grab his third Asian title, beating out countryman Kenji Hashimoto.

Atsuko Maruo (1:209:19) did likewise in the women’s PTVI, taking the gold over Japanese teammate Keiko Suzuki.

Complete results from the 2018 Asian Para Triathlon Championships can be found on the International Triathlon Union’s website.