Sprinter is first British Paralympian to star on the dance show. 22 Aug 2017
Imagen 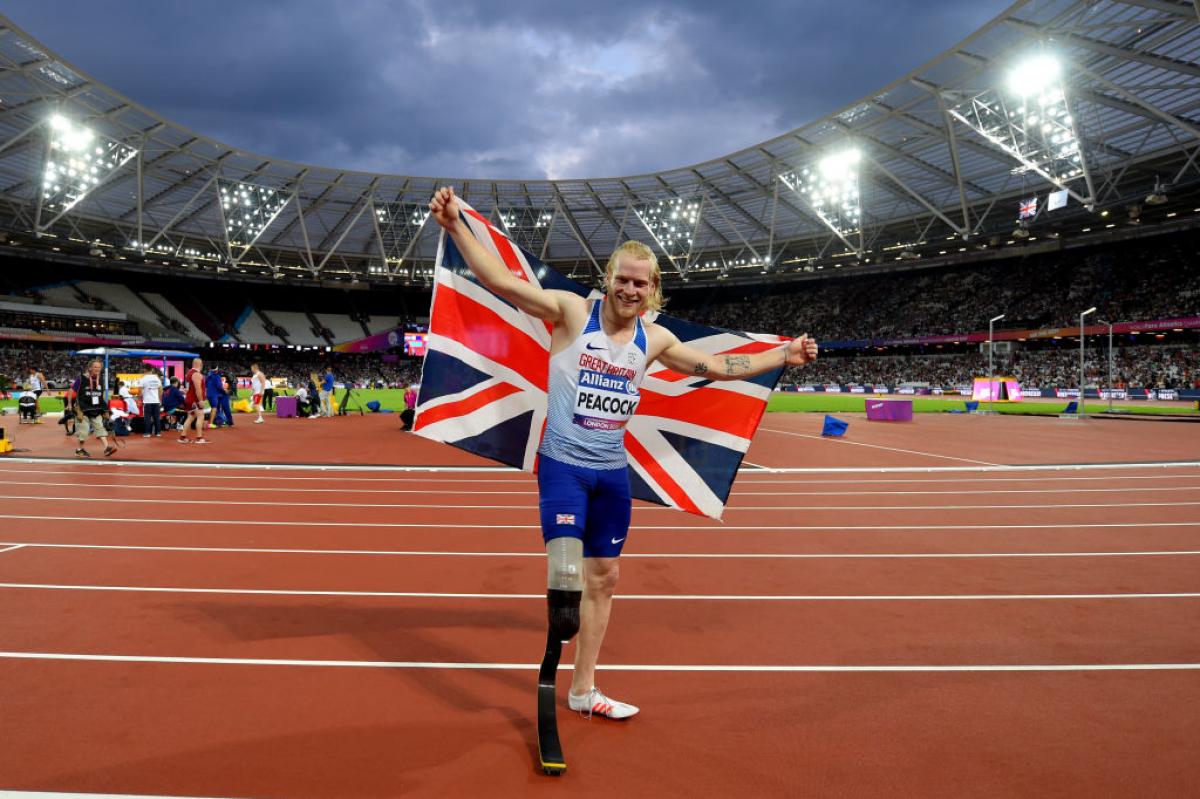 Fresh from winning at London 2017, Jonnie Peacock will become the first Paralympian to compete on Strictly Come Dancing

"I’ve got no previous dance history outside of the occasional ‘worm’ at a mate’s party and I know this will be a challenge and a new experience."

He’s already made headlines on the running track, but now Paralympic and world champion Jonnie Peacock will be making history off it, after he was announced as the first Paralympian to compete on Britain’s television dance contest show Strictly Come Dancing.

The hugely popular TV show pairs up 15 national celebrities with professional dancers who together compete in ballroom and Latin dances. This is the 15th season of the show, but the first to feature a celebrity with an impairment.

Jonnie is excited to be taking part in the contest. He told BBC.co.uk: “The opportunity to be the first contestant with a disability to take part in Strictly’s main show was too good to turn down. I’ve got no previous dance history outside of the occasional ‘worm’ at a mate’s party and I know this will be a challenge and a new experience. I can’t wait to see what I can achieve and how far I can push myself.”

Although Peacock is the first Paralympian to appear on the British version of the show, he is following in the footsteps of some talented Paralympian dancers worldwide.

US snowboarder Amy Purdy became the first double-amputee to compete in the US version of the show - Dancing with the Stars - back in 2014. Purdy finished runner-up in season 18, but went on to star in the Rio 2016 Opening Ceremony with a memorable samba performance.

Italian sprinter Giusy Versace went one better than Purdy the following year, winning her country's edition of the show in 2015.

While last year Paralympic and world champion sprinter Heinrich Popow featured in the German version Let’s Dance. He reached the final five before pulling out due to injury.