Surprising victories, athletes winning their second world titles and a record-breaking number of participant countries could be seen at the seventh World Para Taekwondo Championships at the Copper Box Arena in London, Great Britain, on 19 October.

Home crowd favourite and multiple-European champion Amy Truesdale, who was tipped for gold medal success, duly delivered as she beat Rajae Akermach in the final of the women’s K44 over 58kg after the Moroccan withdrew during the second round due to injury with the score 17-3 in the Brit’s favour.

“I’m absolutely made up!” said Truesdale. “It hasn’t sunk in at the moment.

Those shocks continued into the latter stages as favourites Evan Medell of the USA and defending champion Ivan Mikulic could not reach the top of the podium either.

The Croatian beat Medell in the semi-final but then lost to Russia’s* Aliskhab Ramazanov 35-19 in the gold-medal combat.

In the women’s K44 up to 58kg, Lisa Gjessing won her fourth World title to remain unbeaten at World Championships. The experienced Danish beat Russia’s Ayshat Ramazanova 34-9 in front of her two daughters.

“It’s so amazing (to win in front of my daughters). It is the best the feeling ever,” said Gjessing. “Four World Championship gold medals - that’s amazing!”

Spain’s Alejandro Vidal Alvarez did not let Bopha Kong continue his hot streak in 2017, as he defeated the Frenchman in the final of the men’s K43 up to 61kg. In another standout performance, Iran’s Mahdi Pourrahnama continued his domination in the men’s K44 up to 75kg, winning World gold.

London welcomed over 260 athletes from 59 countries, with their skills being showcased to the world. 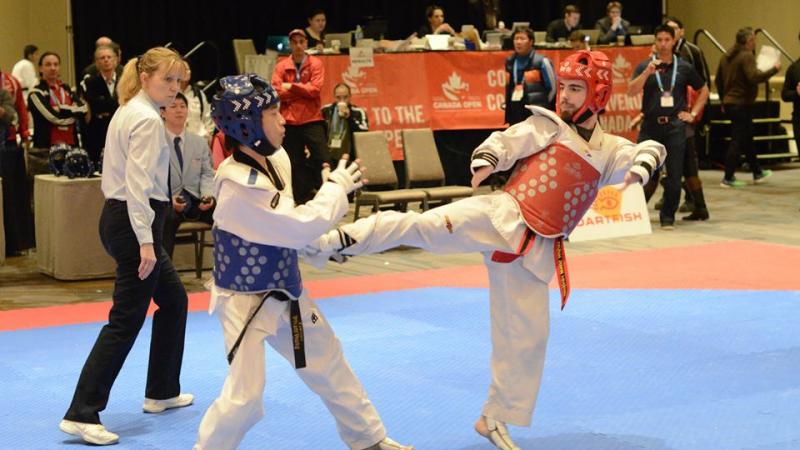