The Mexico City 2017 World Para Powerlifting Championships get underway on Saturday (2 December), with 341 powerlifters competing across 20 medal events. Day one will see the women's up to 86kg and the men's up to 107kg categories being contested.

In the former event, London 2012 gold medallist Loveline Obiji will make one of the most hotly anticipated comebacks in powerlifting after a two year break following her pregnancy.

The Nigerian has claimed gold at every competition she has taken part in throughout her career, except the 2014 World Championships in Dubai, United Arab Emirates, when she ended with silver behind Paralympic champion Randa Mahmoud.

But as the Egyptian moved up to the women´s over 86kg at Mexico City 2017, everything seems set for Obiji, who holds the category’s world record of 144kg, to win her first world title.

One of her strongest opponents will be home favourite and Rio 2016 Paralympic bronze medallist Catalina Diaz Vilchis, although she may be relying on Obiji to have a bad day if she is to snatch gold.

Another big name competing on day one will be Jordan's Rio 2016 silver medallist Tharwh Alhajaj, who earlier this year topped the podium at a World Cup in Dubai and travelled to Mexico highly motivated.

Other powerlifters to keep an eye on are China's Fengmei Li and Brazil's Parapan American bronze medallist Marcia Menezes.

The men's up to 107kg will be a close battle between Rio 2016 silver and bronze medallists Mohamed Ahmed of Egypt and Ali Sadeghzadeh of Iran. Both will be targeting gold following the withdrawal of Greece's Paralympic champion Pavlos Mamalos.

Ahmed has been improving systematically following the 2014 World Championships, where he ended fourth. Last year, the 35-year-old lifted 233kg at Rio 2016, only 5kg less than gold medal-winner Mamalos.

Asian champion Sadeghzadeh won bronze at the 2010 Worlds, silver in 2014 and is now hoping to take it one step forward and finally claim the coveted gold. 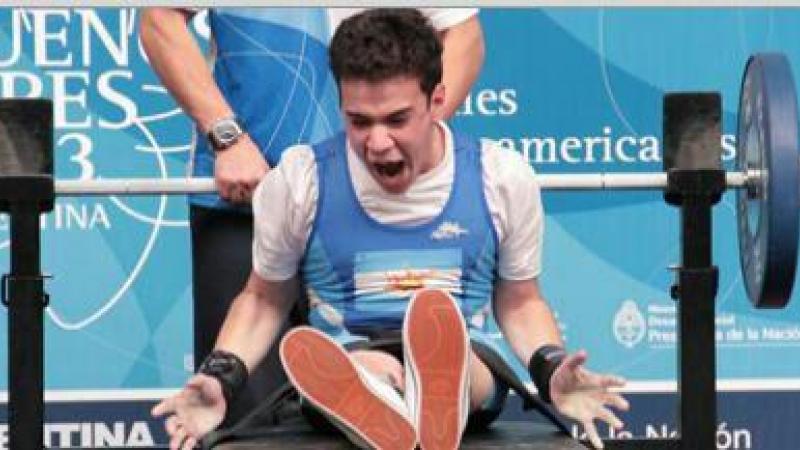