Youngsters usher in new era on day 7, as famous world and Paralympic champions show they are still at the top of their game. 19 Aug 2013

Brazilian Daniel Dias has won an amazing sixth world title in the men’s 50m freestyle S5 at Montreal 2013, further cementing his legendary status as one of the greatest ever para-swimmers.

Dias, who is the reigning world champion in this event as well as owning a further ten world titles from previous championships, beat American Roy Perkins and Spain’s Sebastian Rodriguez in 32.41 seconds.

Of his latest win, the 10 ten Paralympic champion said:

Australian Maddison Elliott won her second gold medal in a row in the women’s 50m freestyle, taking the 15 year-old’s medal tally to three at Montreal 2013 (30.31 seconds) – two gold and one silver. She leads Canadian Morgan Bird and Ukraine’s Kateryna Istomina onto the podium.

Adding to the delight of team New Zealand, 20 year-old Sophie Pascoe broke her own world record in the women’s 50m freestyle S10 (27.78 seconds) for her fifth world title at the end of a great week. France’s Elodie Lorandi concludes her world championship campaign with a silver and new European record (28.35 seconds). 17 year-old Canadian Aurelie Rivard finished in bronze, showing this classification has a very bright future indeed.

Mary Fisher, who has shone incredibly brightly this week by collecting five gold medals, rounded off a fantastic night, and championships, for the New Zealand team. Fisher won the 200m individual medley SM11 (2:50.25) ahead of German Daniel Schulte and Swede Maja Reichard. New Zealand finish the medal table in fourth, a huge improvement on their Eindhoven 2010 performance of 19th place.

Valerie Grand’Maison kept the home crowds happy by winning gold in the women’s 100m freestyle S13, becoming the world champion in that event for the second time after missing out at Eindhoven in 2010 (1:00.40). American Rebecca Anne Meyers collects silver and Russia’s Anna Krivshina bronze.

Ihar Boki completed his championships with another gold medal in world record time (51.05 seconds). Ukrainian Iaroslav Denysenko and Charles Bouwer line up alongside Boki in silver and bronze respectively.

Stephanie Millward and Amy Marren of Great Britain followed through on their one-two in the heats with a gold and silver in the final of the women’s 100m backstroke S9. Millward takes gold (1:10.56) whilst 15 year-old Amy Marren takes silver and American Elizabeth Smith, bronze.

In the women’s event, New Zealand’s Nikita Howarth collects her countries’ ninth medal in gold (3:02.70) after a great battle with Canada’s Brianna Nelson in the last 50m. After leading for the first 100m, Nelson lost out to Howarth’s breaststroke despite then putting in a gutsy push with her front crawl. American Cortney Jordan finished in bronze.

21 year-old Columbian Nelson Crispin wins his first gold of the championships in the men’s 100m freestyle S6 (1:10.01), ahead of Brazilian Talisson Glock and Aussie Matthew Haanappel.

Cyprus’s Karolina Pelendritou had to wait until nearly the end of the evening to win her country’s first gold, but she did it style by setting a new world record time (1:16.10). She leads German Emely Telle and Ukranian Maryana Stabrovska.

In an appropriately thrilling end to the evening, the men and women lined up for the 4x100m relay (34 points).

The top three men’s team of China, Russia and Ukraine were exceptionally close the whole way through. China just touched the wall in first (4:10.16), with Russia just 0.14 seconds behind and then Ukraine in bronze.

Great Britain’s women set a new world record to go home with the very last gold of the championships (4:46.21). It took well into the middle of the race for them to catch up with the Russians and there was some tough competition between Stephanie Slater and Olesya Vladykina. In the last 100m though they were well ahead, leaving the Russians to silver and China to bronze. 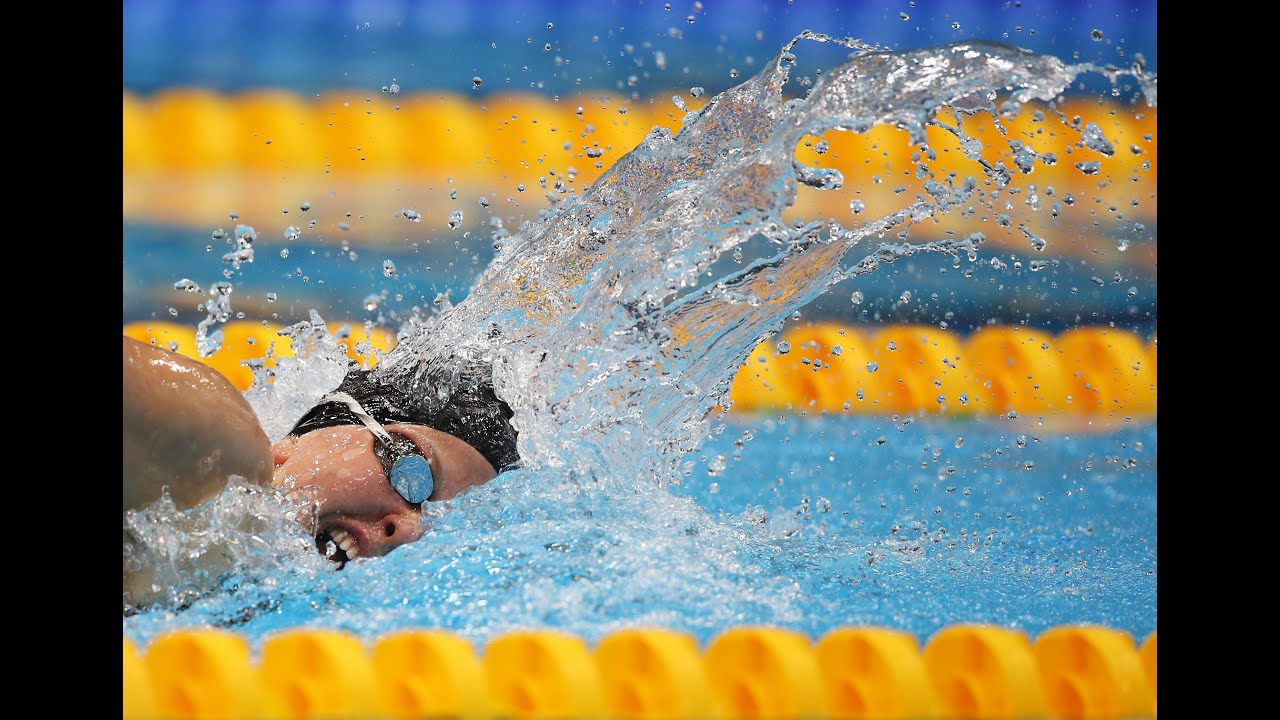 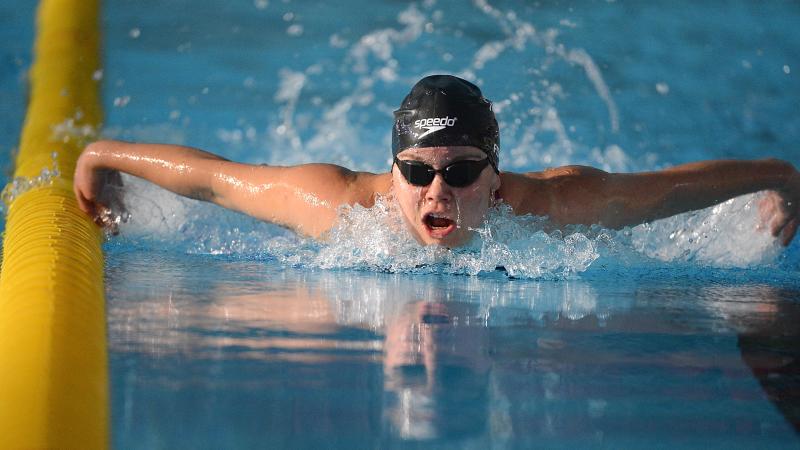 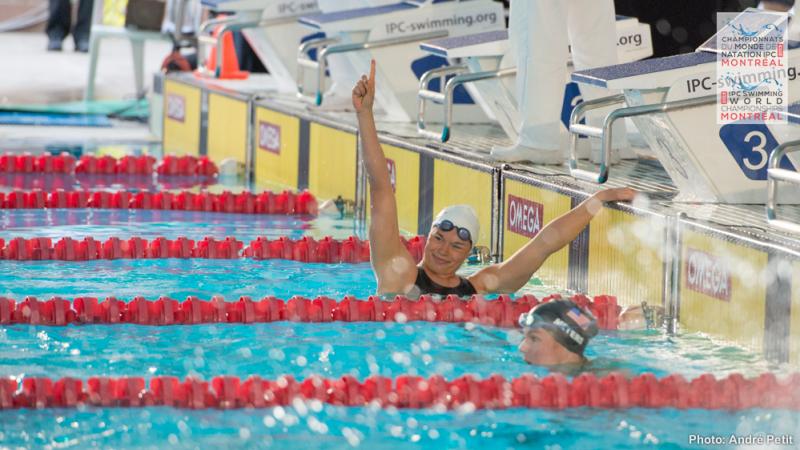