Four-time Paralympian and twice part of the World Championships-winning team, Graeme Murray is ‘hanging up his sled’ to move into developing the sport. 10 Oct 2014
Imagen 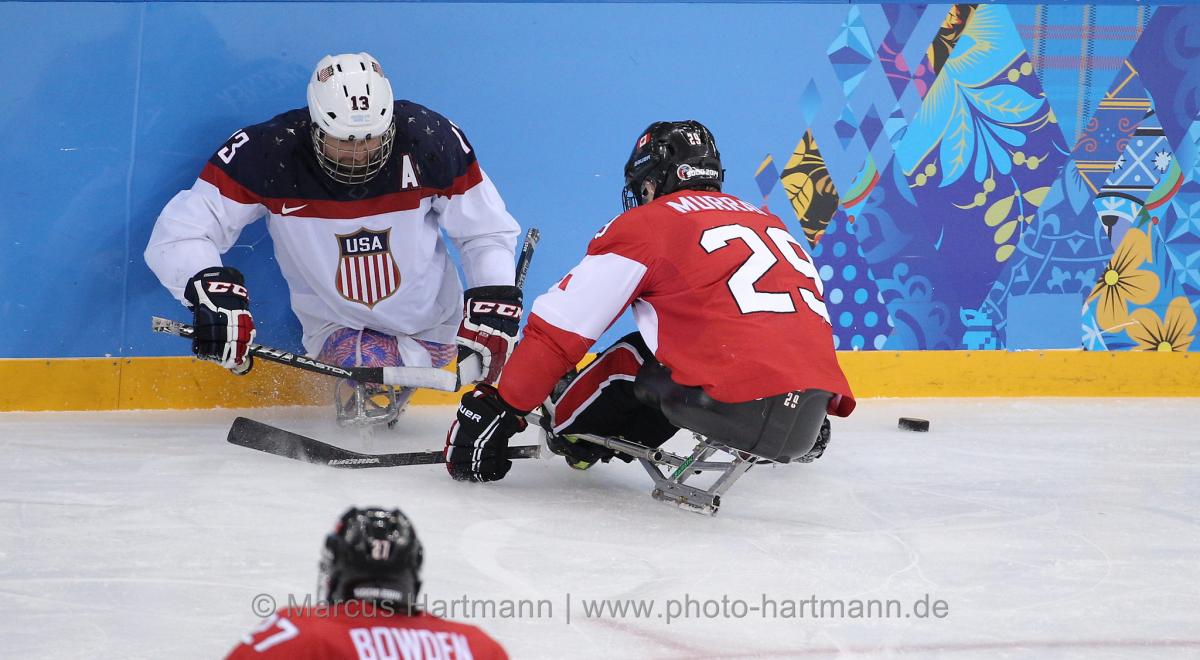 “It is not an easy choice to hang up my sled. I am not finished with sledge hockey as I want to be involved in a mentorship role and contribute to the promotion of this sport”

The Gravenhurst, Ontario native, who originally joined Canada’s National Sledge Team in 2001, finishes his Team Canada career with 64 points (33 goals, 31 assists) in 163 games since the national team came under the Hockey Canada umbrella in 2004. He ranks tied for third in all-time games played, sixth in scoring and second in scoring among defencemen.

“It is not an easy choice to hang up my sled. I am not finished with sledge hockey as I want to be involved in a mentorship role and contribute to the promotion of this sport,” said Murray. “I feel it is time for me to move on to new and exciting things. I am proud of my career and excited about the future.”

Murray, 29, played in four Paralympic Winter Games, winning gold in 2006 in Turin, Italy, and bronze in 2014 in Sochi, Russia. He was also part of the Canadian team that finished fourth in 2010 in Vancouver, Canada, and in Salt Lake, USA, in 2002.

Murray learned to play the game at his hometown rink in Gravenhurst, which was renamed the Graeme Murray Arena by the town last month to recognise his achievements both on and off the ice.

“We cannot thank Graeme enough for his dedication not only to Canada’s National Sledge Team over the past 13 years, but to the growth and development of the sport across the country,” said Scott Salmond, Vice-President of hockey operations and national teams with Hockey Canada. “We wish him nothing but the best in whatever his future holds, and know he will continue to be an ambassador for the game.”

“Ten years of playing with Graeme and getting to know him has shown me that behind his calm and quiet personality, there was a brilliant young man passionate about his sport and immensely proud to represent his country,” said Jean Labonté, former captain of Canada’s National Sledge Team and a long-time teammate of Murray. “It is a privilege to count him among my friends.”

The next major competition for Murray’s remaining teammates will be the 2015 IPC Ice Sledge Hockey World Championships A-Pool in Buffalo, New York, USA, from