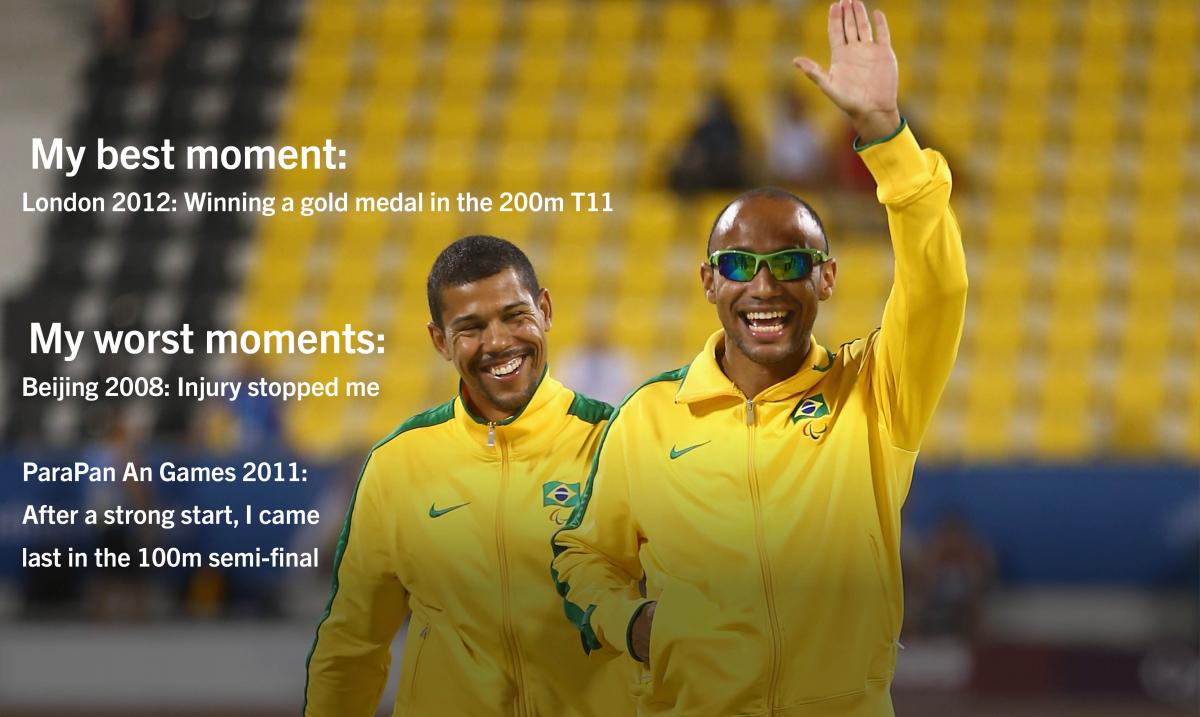 Brazil’s visually impaired sprinter Felipe Gomes is one of the world’s top para-athletes in the T11 sprints. The 29-year-old won 200m gold and 100m bronze at the London 2012 Paralympics Games, and most recently secured gold and silver at the 2015 IPC Athletics World Championships in Doha, Qatar.

Gomes also topped the podium at the Toronto 2015 ParaPan Am Games, however he admits he has had his ups and downs during his para-athletics career. In the third of our new series for 2016 ahead of September’s Paralympic Games in Gomes’ home nation, he reveals his ‘Best and Worst Moments.’

Unfortunately, I cannot talk about just one moment, because there are two that have marked my career.

The first one was before the Paralympic Games in Beijing in 2008. I have always suffered injuries during my career. Before the Paralympic Games, I had many injuries and during the Games (Gomes finished eighth in the 100m, and did not start the triple jump competition) my body wasn’t reacting like I wanted. It is very frustrating when you are trying to give your best, but your body cannot, due to physical limitations.

The second one was in 2011 at the ParaPan Am Games in Guadalajara, Mexico. I also lived through a difficult moment there. I was doing pretty well in the preliminaries and also in the semi-final of the 100m competition.

Actually, in the final I started off very strongly, however in the last few metres I dropped from first place to last.

Those moments marked my life and I don’t want to live them again.

Without a doubt, the best moment of my career was when I won the gold medal at London 2012 in the 200m T11. Winning a Paralympic medal is the best thing that can happen to an athlete, and for me, winning that medal against two other Brazilians - Lucas Prado, who has the Paralympic record, and Daniel Silva – as well as the Angolan Jose Sayovo, who is an idol in the Paralympic world, was like a dream come true.

Now, I am trying to improve my times and avoid getting injured, because I really want to be on the podium again. 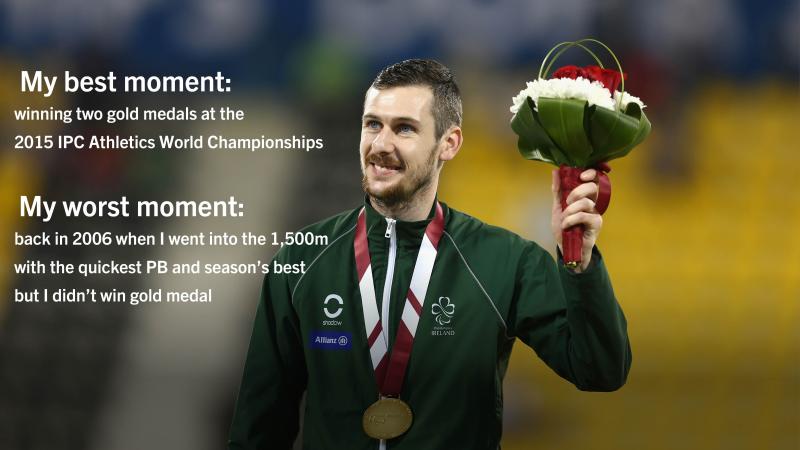 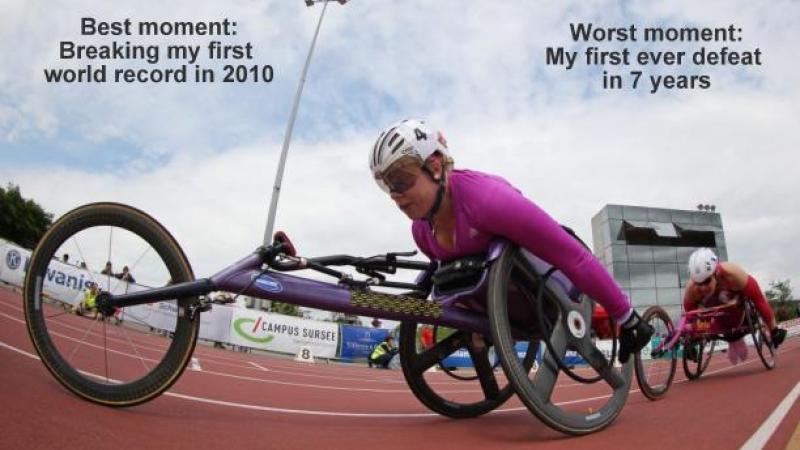