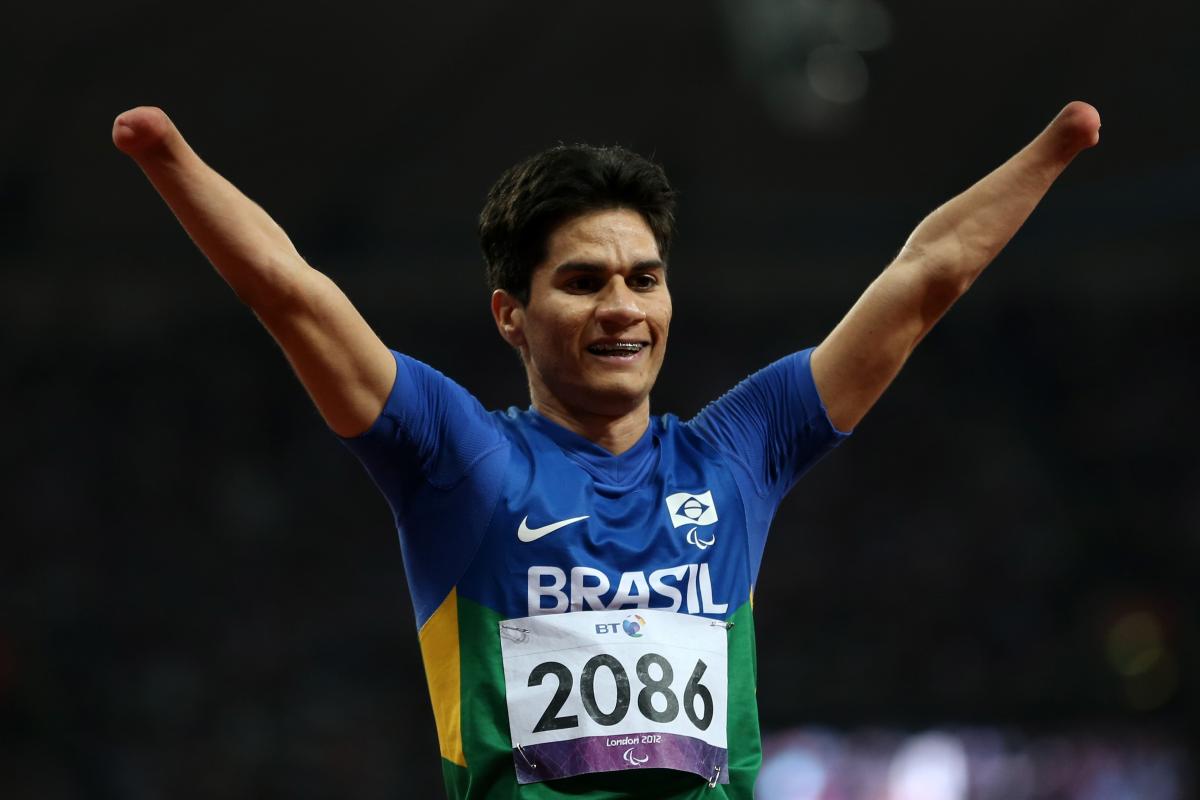 ⒸGetty images
By Ruth Faulkner | For the IPC

Brazil’s Paralympic and world champion Yohansson Nascimento believes next week’s IPC Athletics Grand Prix in Sao Paulo, Brazil, will provide the perfect springboard to another successful year on the track as he gears up towards retaining the world title he won two years ago.

The IPC Athletics Grand Prix, which takes place from 23-25 April and doubles as the Ill Caixa Loterias Athletics Open Championships, will be Nascimento’s first official competition for 2015, and he is understandably working hard to perform well on home turf.

Nascimento made a name for himself at the London 2012 Paralympic Games with a gold medal in the men's 200m T46 - breaking the T45 world record twice in the process; winning silver in the 400m T46; and enduring a heart-breaking finish to the 100m, limping over the line after injuring his hamstring.

He then went on to clinch 200m T46 gold with yet another world record at the IPC Athletics World Championships in Lyon, France the following year. Stopping the clock at 21.91 – the first sub-22 seconds in his class - Nascimento cemented his place as the man to beat.

Now he is as determined as ever to continue his winning form in a momentous year of para-athletics, with both the Toronto 2015 Parapan American Games and the IPC Athletics World Championships in Doha, Qatar, on the horizon.

And the 27-year-old is quick to acknowledge the importance of kick starting his 2015 season with a winning performance in front of his home crowd.

“The São Paulo Grand Prix, it’s my first goal for 2015. I’ve been training hard since last October to avoid injuries. It’s my goal to have a good time at the World Championships,” he said.

“It is a kind of warm up to the Parapan American Games, and the World Championships, in Doha. I aim to get great results in both.”

It is no surprise therefore that Nascimento is determined to leave no stone unturned in his quest for gold, putting himself through a tough training regime with his coach Amaury Veríssimo and working hard six days a week.

“I’m doing everything to be prepared. I practice every morning and every afternoon from Monday to Saturday. I’m on a balanced diet and I keep myself well rested. Everything is part of this road to the competition.”

Nascimento started his track and field career aged just 17, when he was spotted and encouraged to try para-athletics. He names the opportunity “a gift from God” that he “accepted without any expectations". His first professional competition, in Recife, Brazil, 10 years ago shows how far he has come. He recalls:

“I still keep that medal to remind me of the feeling of stepping on a podium for the first time. That medal made me keep running towards all the other medals in my career. I could have never imagined that in 2016 I could be one of Brazil’s national team athletes.”

The Rio 2016 Paralympic Games are of course Nascimento’s focus for next year. He hopes to use the lessons he has learned both when he started out all those years ago and in more recent major competitions to inspire him further success.

“I won the gold medal in London because I learned to always act like a professional and I’m still doing it. I hope I can do the same thing in 2016 to get another medal. I have the best expectations for me and for every athlete from Brazil.”

Brazil will be an expectant nation in 2016 but the Sao Paolo Grand Prix could offer a tantalising glimpse of what’s in store for the home nation.

Nascimento will be one of more than 350 athletes from nearly 19 countries competing at the IPC Athletics Grand Prix in Sao Paulo, Brazil, between 23-25 April. 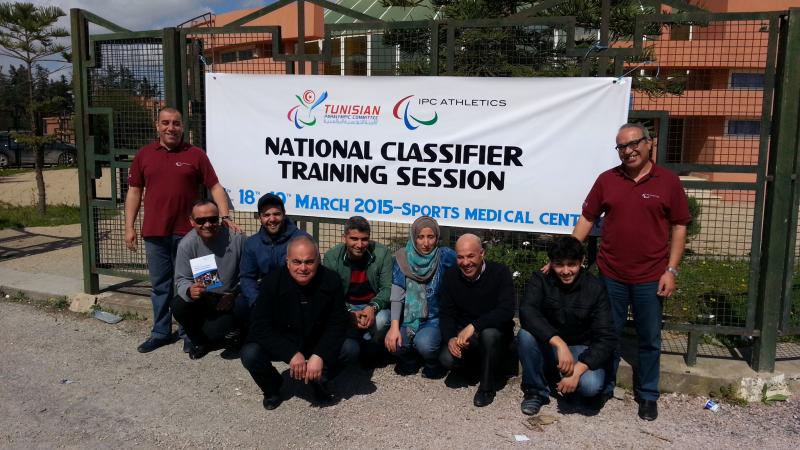