“Italy is always a difficult team to play against, so we have to be just as, if not, more prepared."

Norway defeated host nation Korea in a sudden-death overtime thriller and Italy slipped past Sweden on the first day of playoff action on Wednesday (17 April) at the 2013 IPC Ice Sledge Hockey World Championships in Goyang, Korea.

In the day’s first game, Norway and Korea looked very evenly matched and were locked in a tight defensive battle until Audun Bakke finally opened the scoring for the Norwegians midway through the second period off a pass from Royne Kjell Vidar.

Korea quickly responded nearly three minutes later, as speedy Seung-Hwan Jung, who had four shots on goal on the day, was able to score on an assist from Jong-Ho Jang.

The teams remained dead even right up to the end of regulation, forcing a sudden-death overtime.

The extra period lasted just 21 seconds though, as veteran Rolf Pedersen nailed the puck right into the net, assisted by Eskil Hagen, to put Norway in the fifth-place game with a 2-1 victory.

“We were working together well today and this was a change of momentum for us in the tournament,” Pedersen said. “After the first two games we told ourselves we had to win three games in a row to qualify for Sochi here and to keep Norway playing in the A-Pool.”

The second game of the day was just as much of a battle, with Italy winning by a 2-1 advantage.

Per Kasperi got Sweden off to a quick start with a goal just 5:07 into the contest of a pass from Niklas Ingvarsson, and Sweden were able to hold onto their lead until the beginning of the third period. At that point, Valerio Corvino netted a score, assisted by Gianluca Cavaliere.

Then, Florian Planker snapped one into the net off a pass from Gregory Leperdi, to give the Italians a 2-1 advantage the would hold for the rest of the night.

“After we lost the chance yesterday to get to the semi-finals against Russia, this was a very important game for us to advance to the fifth-place game to try to stay in the A-Pool and qualify for Sochi,” Planker said.

Santino Stillitano had stellar play in goal to back up Planker and the offense, recording 10 saves.

Italy will now challenge Norway for fifth place and the final Sochi 2014 qualification spot available at these Championships on Friday (19 April) at 18:30.

“Italy is always a difficult team to play against, so we have to be just as, if not, more prepared,” Pedersen said.

Prior to that, Korea and Sweden, both still winless at the Championships, will play for seventh place at 15:00.

The semi-finals, meanwhile, will take place on Thursday (18 April), as Russia will challenge the USA at 15:00 and the Czech Republic will face Canada at 18:30. 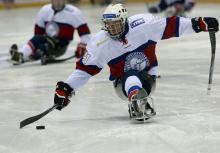 Norway's Ole Bjarte Austevoll passes a puck off to his teammate on the ice in Goyang, Korea. 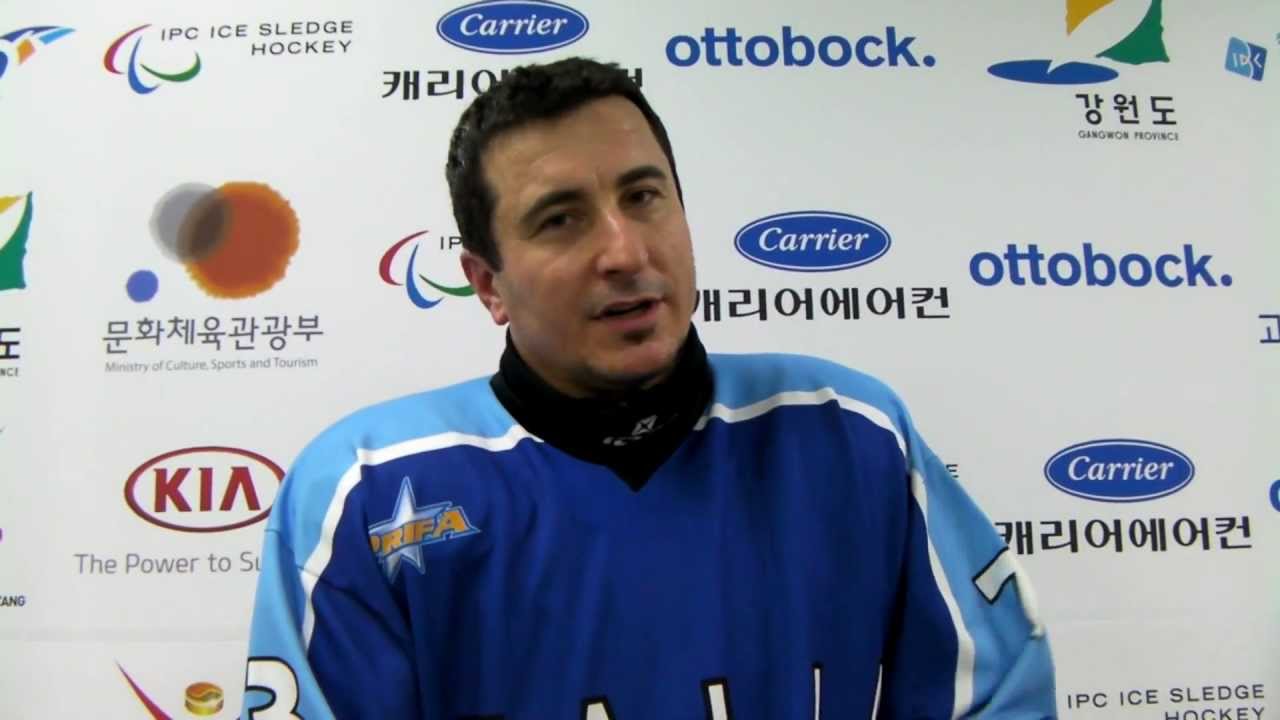 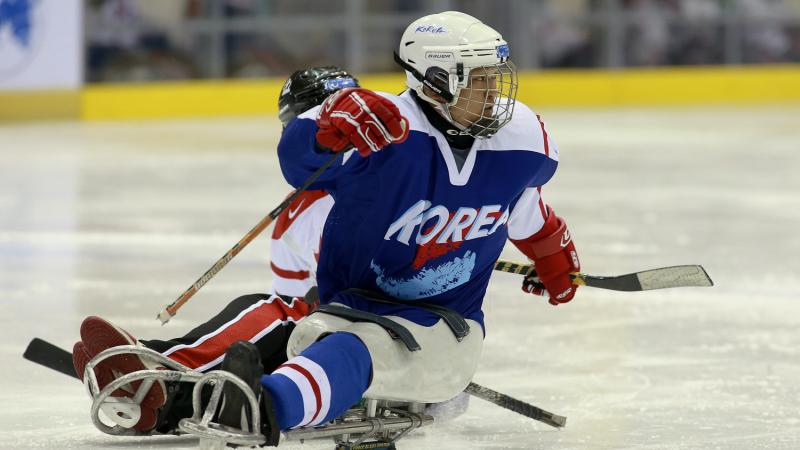