Injury does not hamper positivity 07 Jul 2019 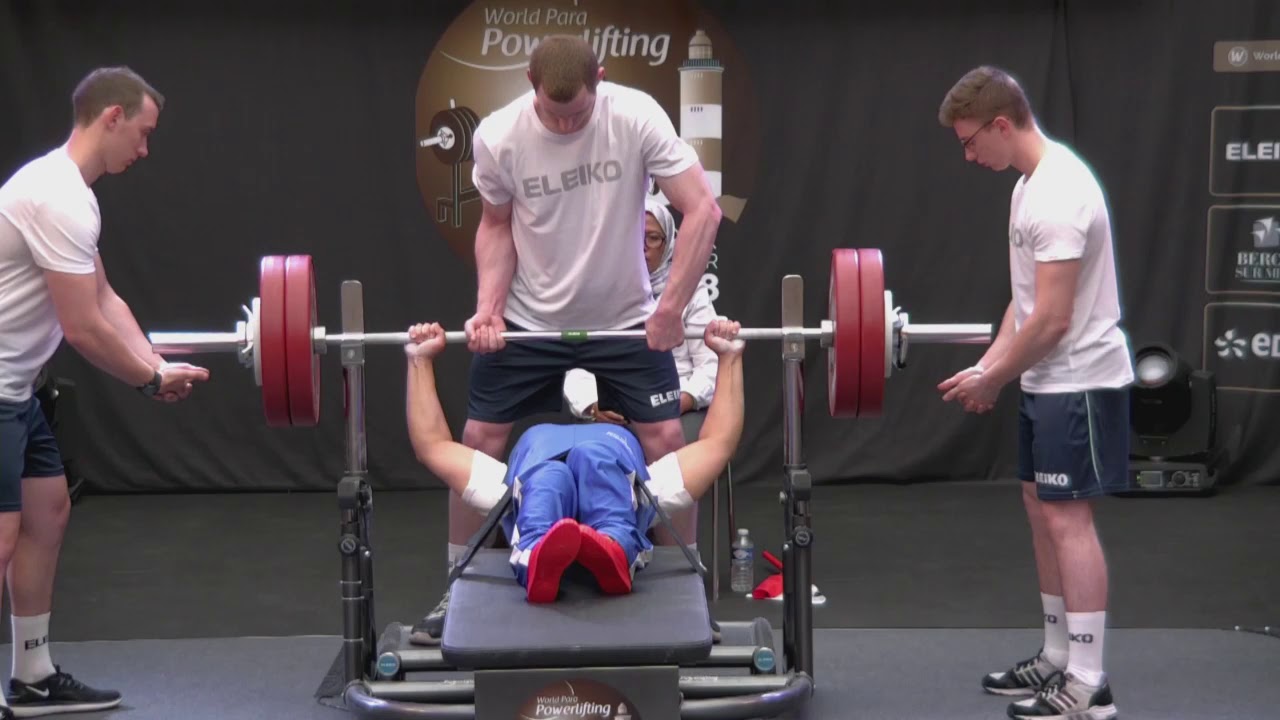 “Regardless of the colour of the medal which I might win, there’ll still be joy"

Souhad Ghazouani exudes positivity. Ahead of the World Para Powerlifting Championships in Nur-Sultan, Kazakhstan, which begins 12 July, the French powerlifter is relishing the prospect of getting out and competing again in the sport which, she said, she cannot imagine ever stopping.

Ghazouani has been a fixture on the Para powerlifting scene for years. She has a long list of achievements to her name – including three European titles; two previous world titles, in 2010 and 2017; and medals from each of the last four Paralympic Games.

Despite such a long list of garlands, Ghazouani has no difficulty in picking out the best moment of her career so far. It came after she lifted a new Paralympic record of 146kg in the 67.5kg class at London 2012, setting a mark none of her rivals could match.

“Without hesitation, I’d say the best memory was hearing the French national anthem after I won gold at the London 2012 Paralympic Games,” she said. “It was a very emotional moment – to have a whole room falling silent to hear our national anthem was magical.”

She went on to win her first world title in that weight class in 2017 and has hopes of picking up a second successive gold medal in Nur-Sultan. Although her preparations for this year’s championships have been slightly hampered, Ghazouani is still going into the competition with positivity.

“My preparation and my training have been quite tricky as I’m recovering from an injury which forced me to stop for a while. However, my aim hasn’t changed: to give the most I can in order to achieve the best result possible,” she confirmed.

It is not the first time Ghazouani has spent out of the sport due to injury. She missed several months of training in 2013 and 2014 after suffering a hernia, and returned to finish sixth at the 2014 World Championships in Dubai.

The joy of powerlifting

Whatever the result in Nur-Sultan, longer-term Ghazouani is very much looking ahead to Tokyo 2020 and her fifth Paralympic Games.

“I’m ambitious, so I’d say, like at every competition, I’m going there to hunt for the title. I think that’s the objective of every athlete in a final,” she said.

But her ambition is coloured by the knowledge that she will certainly get more out of the competition than another medal.

“Regardless of the colour of the medal which I might win, there’ll still be joy,” Ghazouani said – although she remains confident that she will once again be on the podium in Tokyo.

“Up until now, I’ve only ever been successful when I’ve competed at the Paralympics,” she pointed out.

At 36, Ghazouani has been taking part in the sport now for three decades, having started lifting while still a little girl. She has been competing for almost 25 years. Apart from the medals and the competition, she said she gets a real thrill out of simply participating in powerlifting.

“What I like most is that it’s a sport which is easily measured, where you can see your progression. It also gives you a really large endorphin boost,” Ghazouani pointed out.

Powerlifting has been an enabling force in her life, and is a sport which can give others in a similar position independence and confidence.

“I can’t see myself not doing weightlifting. It’s given me, and continues to give me, more autonomy,” Ghazouani explained. “It really helps people in wheelchairs to go about their daily lives – lifting things, transferring from the wheelchair and so on.”

Asked if she can imagine ever retiring from powerlifting, the answer is swift.

“I don’t think so, because this sport is more than a passion. It’s part of me and of my life, so it’s difficult to stop,” Ghazouani said.