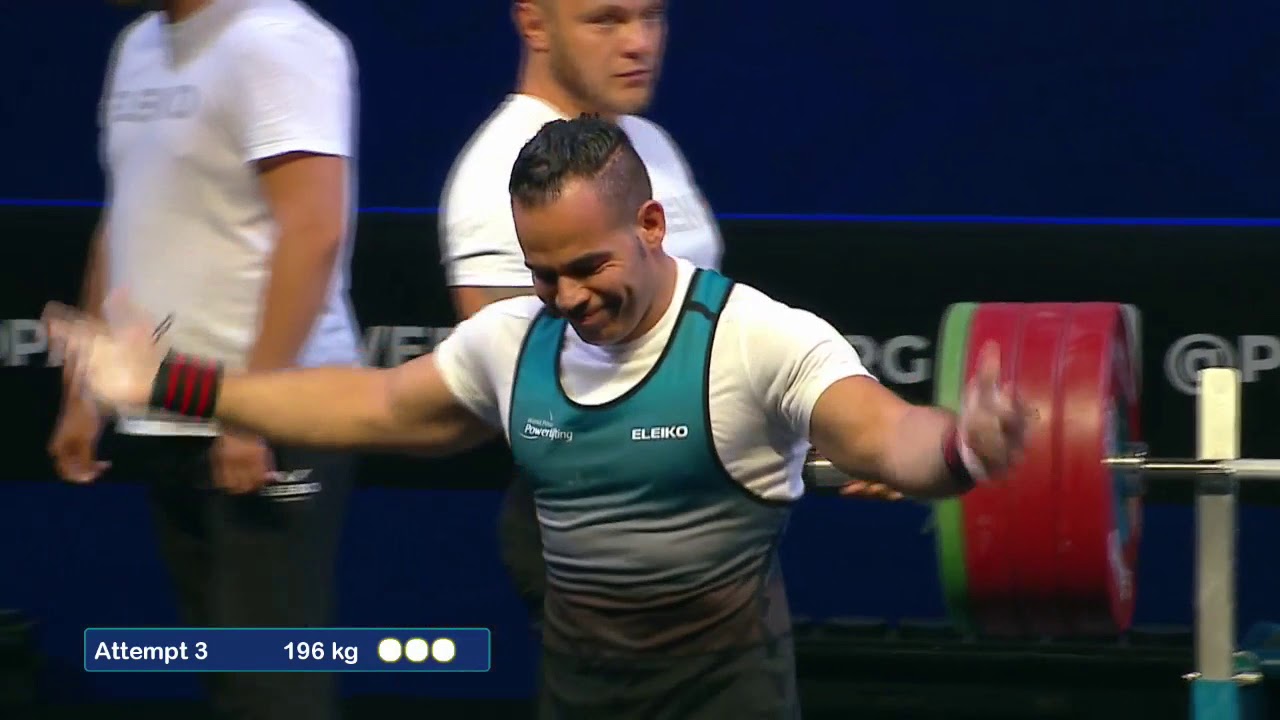 Sherif Osman reassured his place in the pantheon of powerlifting legends by achieving his fourth World Para Powerlifting Championships title in Nur-Sultan, Kazakhstan, on Sunday.

Egypt’s 36-year-old opened with a convincing 190kg lift in the men’s up to 59kg, before subsequently clearing the bar at 195kg and 196kg to take gold.

Chinese 20-year-old Qi Yongkai finished just behind in second with an Asian record of 195kg.

“Yongkai was very strong and so we had to change our plan. I did not want to risk the gold for the world record. I went for 196kg instead of 202kg (in the third attempt) in order to secure the gold medal,” Osman said.

“I promise you all that I will go for the world record in Tokyo.”

The three-time Paralympic champion added: “It’s my mind that motivates me every time. I set targets and each time I achieve it, I set even more difficult targets for myself.”

The African nation also enjoyed success through Rehab Ahmed, who defended the women’s up to 50kg after lifting 114kg.

Russia’s Vladimir Krivulya surprised everyone –including himself- by winning gold in the men’s up to 54kg with a European record lift of 189kg ahead of Paralympic and world champion Roland Ezuruike.

Krivulya said: “I always wanted to win the Worlds title. Like every athlete, I also trained hard for the competition. But honestly, I was not expecting the gold today. I am very happy.”

“There is no time to relax now. I will start my training from tomorrow. The gold here will motivate me to do even better (ahead of Tokyo 2020).”

The World Championships will continue on Monday with the women’s up to 55kg and up to 61kg, and men’s up to 65kg.

Powerlifting
Nur-Sultan 2019: Strongest to be crowned