Evan O’Hanlon and Kelly Cartwright crowned their fabulous year in Athletics by being named Athletics Australia’s Male and Female Athletes of the Year with a Disability respectively.

Cartwright, who lost her leg to cancer at age 15, broke the women’s F42 long jump World record in Christchurch with 4.19m, claiming her first gold medal of the Championships. She added a second gold to her collection just two days later by winning the 100m T42 race.

Cartwright and O’Hanlon will be two to watch at next year’s London 2012 Paralympic Games. O’Hanlon has also given an exclusive interview to The Paralympian, the IPC’s official magazine, which will be published shortly.

Athletics
Australia's O'Hanlon No Longer a Newcomer to Podium
Imagen 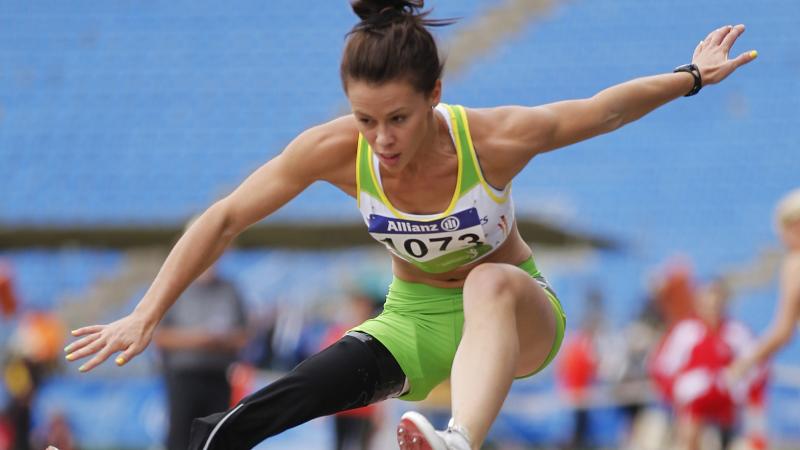