Illness prevented Australian from training in the lead up to Lyon, but he is optimistic he can add the longer sprint to his 100m and 200m world titles. 18 Jul 2013
Imagen 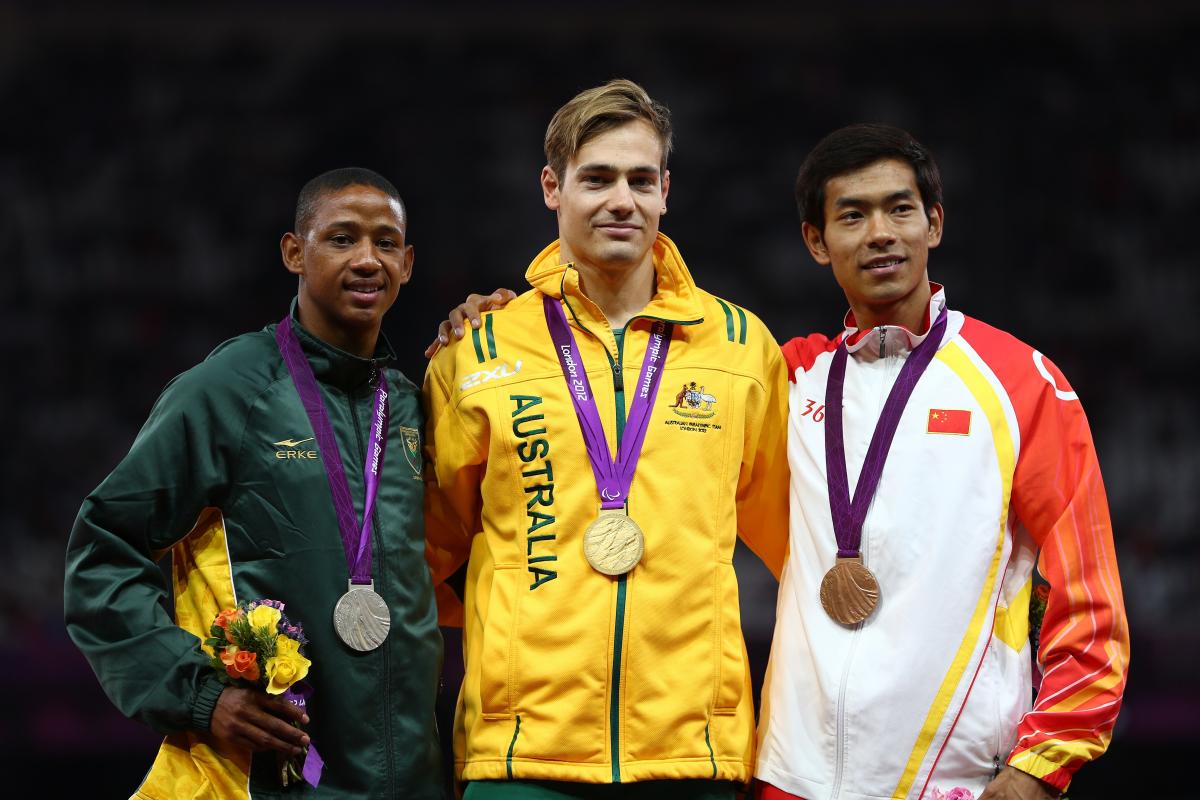 Silver medalist Dyan Buis of South Africa, Gold medalist Evan O'Hanlon of Australia and bronze medalist Wenjun Zhou of China pose on the podium during the medal ceremony for the Men's 100m - T38 at the Paralympics in London

“I think I still can be really competitive in the 400m and set a really nice time but it’s thrown a little bit of a spanner in the works.”

Australia’s Evan O’Hanlon believes his rivals will have to break the world record if they are to prevent him landing his first 400m T38 world title at the 2013 IPC Athletics World Championships in Lyon, France despite recently spending two weeks in hospital with viral meningitis.

The 25 year old is a 100m and 200m specialist having won gold over the distances at the last two Paralympic Games, as well as the 2011 World Championships in Christchurch, New Zealand.

In an effort to keep motivated after last year’s Paralympics, O’Hanlon has made his priority at Lyon 2013 winning 400m gold - an event he took silver in two years ago - and retaining his other two sprint world titles.

“Since the Paralympics in London I’ve been concentrating on my preparation for the 400m,” explained O’Hanlon who is the current 100m and 200m T38 world record holder.

“I didn’t get the opportunity to run the event in London because it was between the 100m and 200m. They are my pet events so I didn’t want to stuff them up by running a 400m in between.

This year O’Hanlon has changed his training regime to concentrate on running the longer distance in favour of his usual speed work. After running 49.46 seconds (0.13 outside Tunisian Mohamed Chida’s world record) a few weeks ago O’Hanlon felt in great shape until illness hit.

“I was really happy after running 49.46 seconds. Then, a couple of days later, I was in the emergency department in hospital in Queensland because I came down with viral meningitis.

“It’s really taken it out of me and destroyed two to three weeks of training. I was bed ridden for almost two weeks so it will be interesting to see how my results are here.

“I think I still can be really competitive in the 400m and set a really nice time but it’s thrown a little bit of a spanner in the works.”

Up until his illness O’Hanlon felt confident that not only would he win all three sprint golds in Lyon but would also smash Chida’s near 30 month old 400m world record.

“[Before the illness] the 400m world record was on the cards,” said O’Hanlon. “Mohamed would have had to run a world record to beat me had I not had meningitis. I still like to think I’m capable of doing it if I get my prep right from now and I get good conditions, relax and the rest of my competition goes well.

“I still think I’m capable of running fast but not as fast as before the illness.”

O’Hanlon will make his first appearance on the track in Sunday’s 100m semi-finals ahead of Monday’s final.

The final of the 200m will take place on Wednesday, whilst his final individual event is likely to be Friday’s 400m final.

The 2013 IPC Athletics World Championships opens this Friday (19 July) and will feature over 1,000 athletes from 96 countries. It is the biggest gathering of international athletes since London 2012 and will be streamed live from Saturday morning (CET) (20 July) via www.ParalympicSport.TV 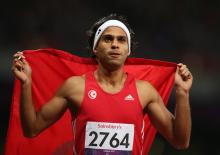 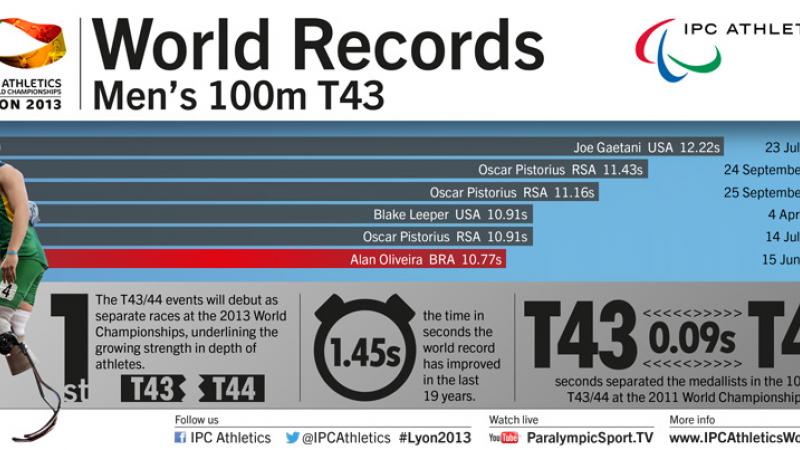 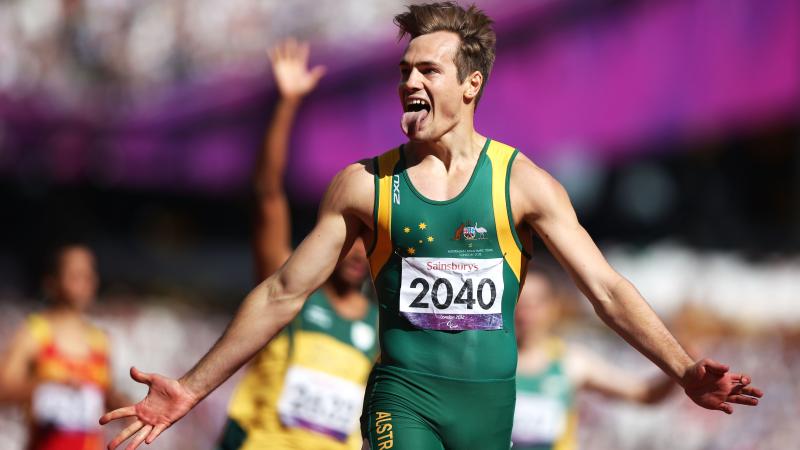