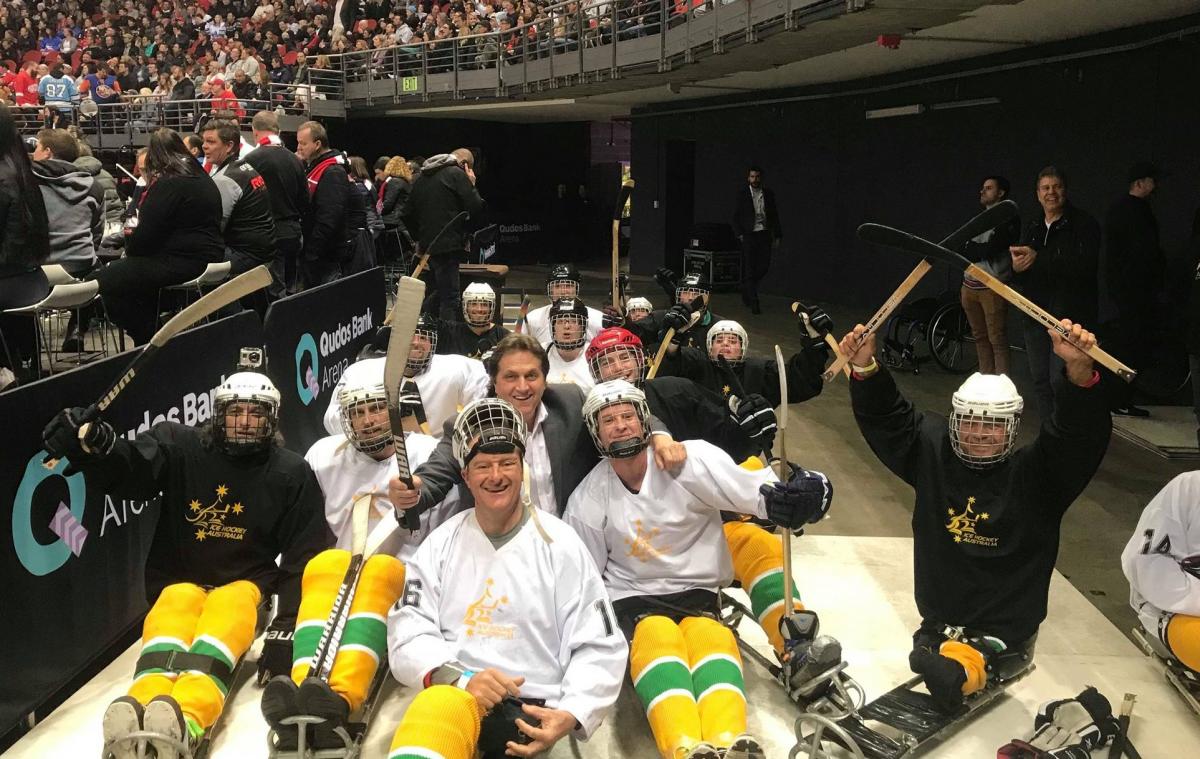 Momentum is growing for Australian Para ice hockey after fans of the able-bodied version got their first taste of the sport at the Canada vs USA Ice Hockey Classic played in Brisbane and Sydney recently. Two teams of Para athletes took to the ice between the second and third periods, putting on a demonstration event for 20,000 spectators across both events.

The match in Sydney featured Winter Paralympians including Michael Milton, Joany Badenhorst, Sam Tait and Tori Pendergast. The athletes were able to showcase the high-impact, contact sport to a whole new audience.

Commonwealth Games silver medallist in the men’s shotput F38 Marty Jackson, who turned to the sport last year, said it was a buzz to show off his skills on such a big stage.

“There’s nothing quite like an Aussie crowd,” Jackson said. “The moment we entered the rink, the crowd was right behind us. This was the very first time Australia had seen our sport and the sound of people cheering in that enclosed stadium certainly got the adrenaline going.”

“Aside from being on the ice, it was incredible to interact with the spectators. You could feel the excitement in the air beforehand and, boy, were they animated once the action started. The comments and messages of support from fans have been tremendously supportive, and there may have even been a few fan selfies too,” Jackson added.

The Australian Paralympic Committee (APC), in collaboration with Ice Hockey Australia, has been building networks to get the sport up and running, after the APC received a grant from the Agitos Foundation to establish more participation opportunities and to purchase equipment.

The equipment, which included 21 Para ice hockey sledges and sticks, as well as telescoping noses and picks was distributed last year by the APC to Ice Sports Victoria and the Western Australian Inclusive Ice Skating Club.

“The development of Para ice hockey has happened fast in Australia and none of this would be possible without the support we’ve had so far. We are getting regulars at sessions and it’s a really exciting vibe at training right now,” Jackson said.

There has been a surge of interest in Para ice hockey in other states as well, including Queensland, where athletes as young as 7, and right up to the age of 70 have registered with Para-ice Hockey Queensland, helping to pioneer a pathway for the future athletes of the sport.

According to Australia’s Para ice hockey coach Emma Poynton the next step is to select a men’s national team to compete at the C-Pool World Para Ice hockey Championships set to take place at the end of the year.

Jackson is hoping to be in the roster.

“We’ve got some really talented athletes in Australia that have taken up Para ice hockey, and should I be selected for the Team in November, I will do my part for the team. It’s time for Australia to get the green and gold into sleds and into the world of Para ice hockey.” 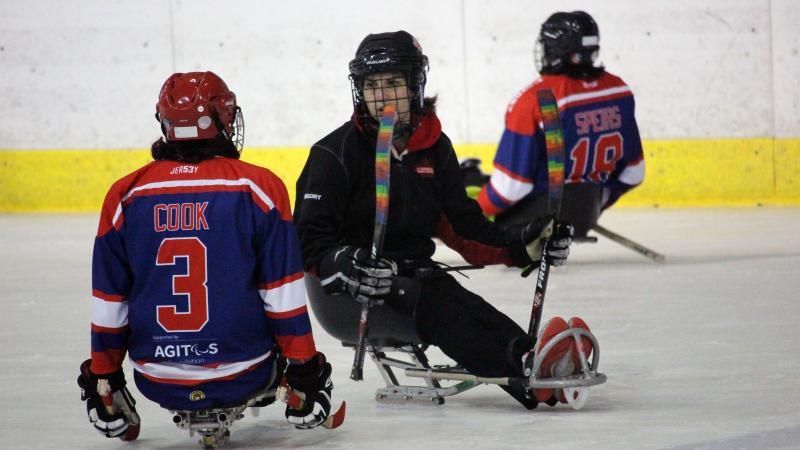