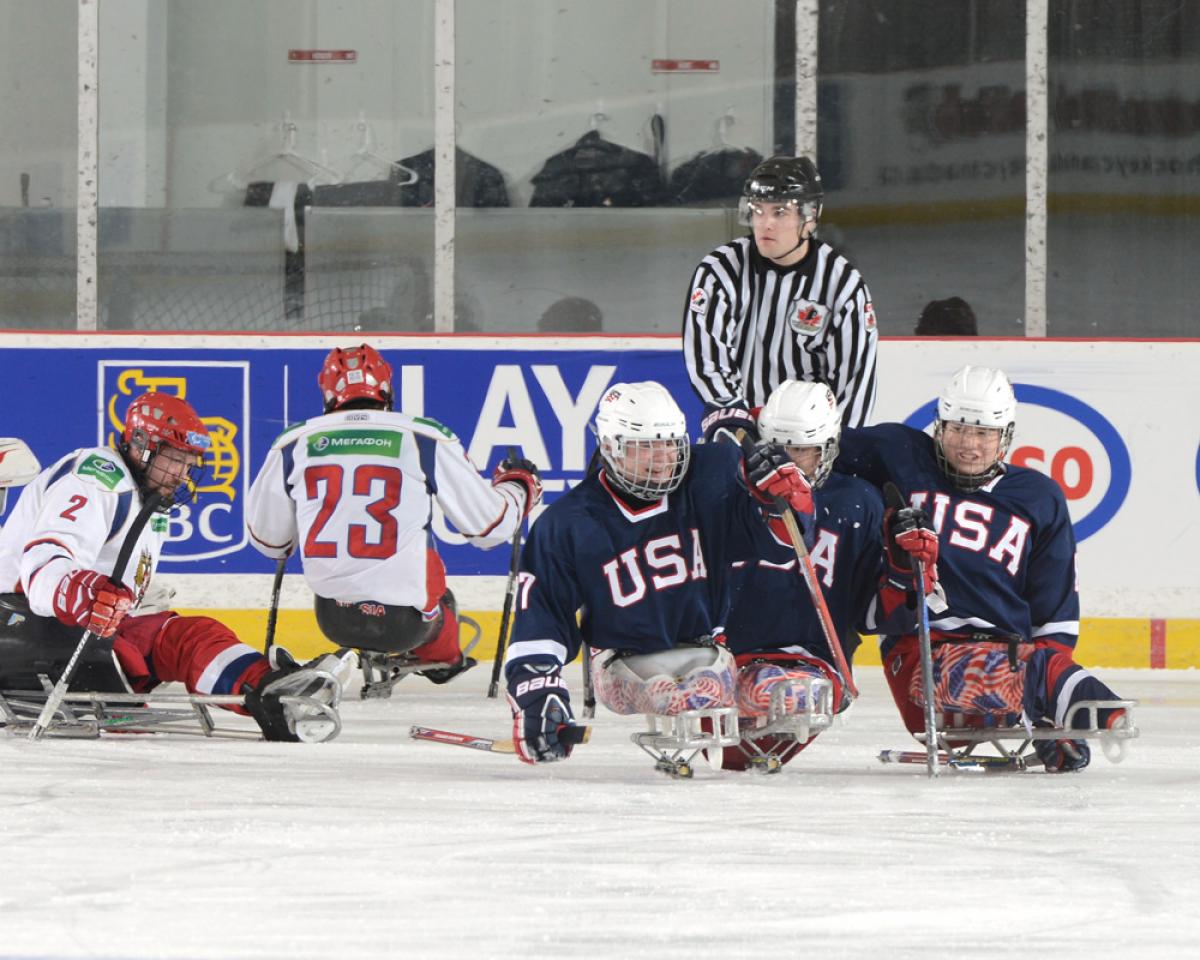 Declan Farmer and Brody Roybal each recorded a goal and an assist and Steve Cash made eight saves to lead the US National Sledge Hockey Team to a 2-0 victory over Canada on Saturday (28 March) at Extreme Ice Centre in Indian Trail, North Carolina, USA, and a sweep of three-game series.

“Three games three days in a row is a lot of hockey but I think we improved with every game,” said Guy Gosselin, acting head coach of the US National Sledge Hockey Team. “We knew this last game was going to be tough. I thought our team discipline was very good and our guys really stepped up and battled to finish the series.”

Cash was busy early, stopping a breakaway just 0:20 into the contest. The teams traded chances throughout the opening frame before Farmer’s power-play goal beat Canada goaltender Corbin Watson with 5:54 left in the first period. Canada nearly levelled the scoring with 13.6 seconds left when a shot from the point rang off the crossbar and out of play.

The US made it 2-0 just two minutes into the second stanza. Farmer picked up a loose puck and passed it back to Nikko Landeros who fed Roybal in the left circle for a shot that beat Watson high to the blocker side. Dominic Larocque replaced Watson in net a minute and finished the game for Canada.

Cash, who had two shutouts in the series, finished the three games with a 0.33 goals-against-average and .964 save percentage.

The US National Sledge Hockey Team will return to action 26 April when it opens play in the 2015 IPC Ice Sledge Hockey World Championships A-Pool at HARBORCENTER in Buffalo, New York. For tournament information, click here. 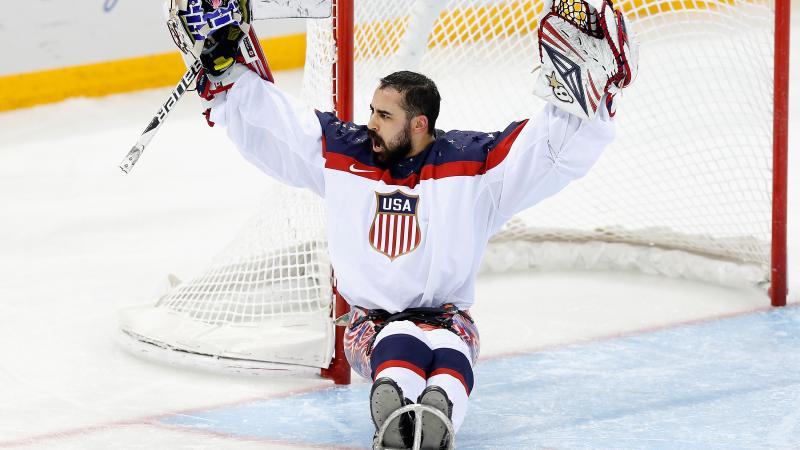