The people have their say on the ‘People’s Games’

Brazilians lit up the Maracana again on Sunday – and they agreed the Paralympics would leave a lasting impression on their nation. 18 Sep 2016
Imagen 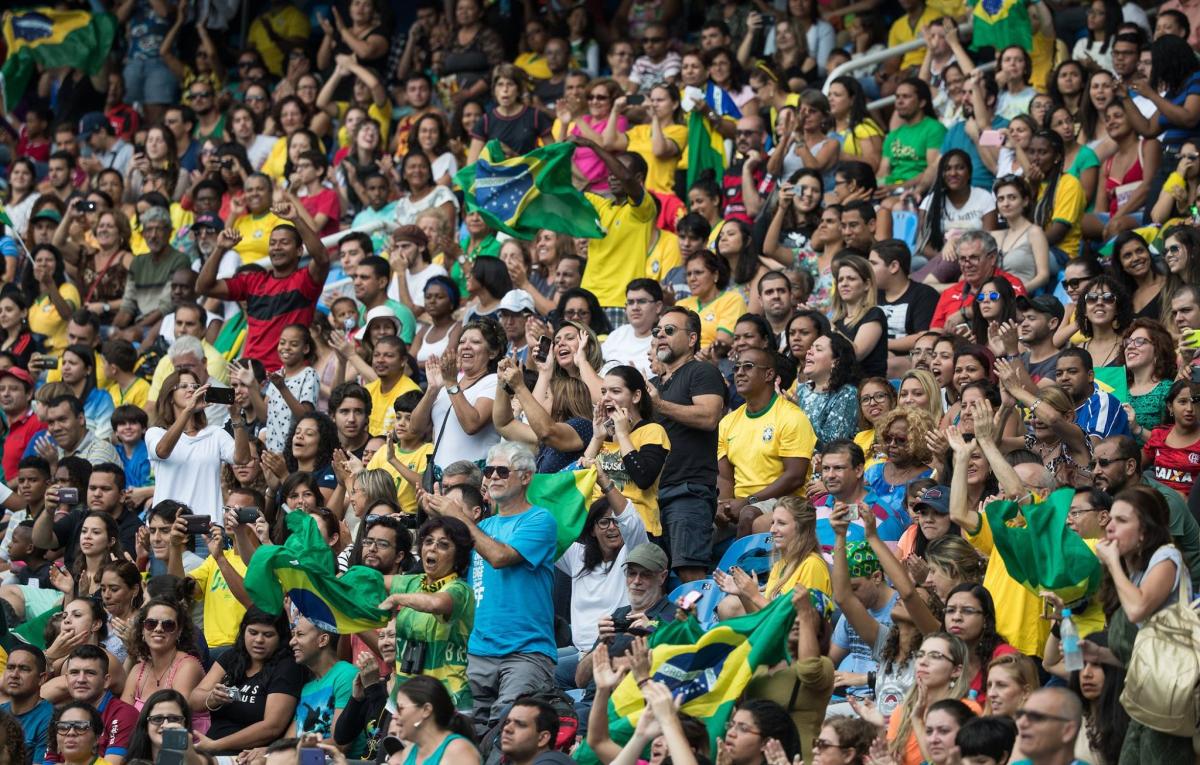 Fans cheering for Brazil at the Rio 2016 Paralympic Games.

“Marvellous Cariocas, you warmly embraced these Games and took the athletes to your hearts. You made the Paralympics your Games, the People’s Games, and we will forever cherish our time spent with you.”

Sir Philip Craven, President of the International Paralympic Committee (IPC), described in his speech to the Closing Ceremony on Sunday (18 September) how crucial Brazilian people had been in making this Paralympic Games a success.

On 10 September, the Barra Olympic Park received a record number of visitors (170,000) since it opened, hosting more people than in the busiest day of the Olympic Games (157,00 people on 7 August).

But beyond numbers, Brazilian people turned every event into a true celebration of friendship and unity with their cheerfulness, positive energy and welcoming attitude.

And few of those who witnessed their ear-piercing support in arenas such as the Aquatic Stadium, especially when a Brazilian Paralympian was in action, will ever forget it.

Their jovial spirit was once again in evidence as thousands of fans packed into the Maracana stadium, creating a carnival atmosphere at Sunday’s Closing Ceremony.

Amongst the people who attended ceremony was Rafael, who decided to join the Games as a volunteer.

He admitted the experience had exceeded his expectations.

“Volunteering at a Games was an amazing experience,” he said. “This Games showed the people in Brazil that there are no limits and also the strength Para athletes have. It is just incredible what they do.

“I know a woman who also volunteered at this Paralympics and she described to me how this Games changed her perceptions on disability. She was impressed at what the Paralympic athletes could do.”

Pedro attended the Closing Ceremony with his friend Bruna and explained why he believed Rio 2016 would give Brazilian people extra energy.

“Brazil is going through a difficult moment and I am sure watching what these Para athletes can do has inspired and given extra hope to many people to make progress,” he said. “I watched lots of sports; absolutely loved them. It was great to have the Paralympic Games for the first time in Brazil.”

Bruna added: “I have a huge admiration for these Para athletes.”

Felipe was at the Closing Ceremony with his little daughter Dora. He also perceives a change on Brazilian society’s mind-set after the Paralympics.

“A change has already started in Brazil thanks to this Games, with more accessibility,” he said.

Jairo Marques covered Rio 2016 as a journalist for the newspaper Folha de Sao Paulo and he saw the Paralympic Games as a “big party, a celebration”.

“The value of accessibility was strengthened in Brazil thanks to the Paralympic Games,” he said. “Every person who has attended Rio 2016 returned to their houses with a message of inclusion.”